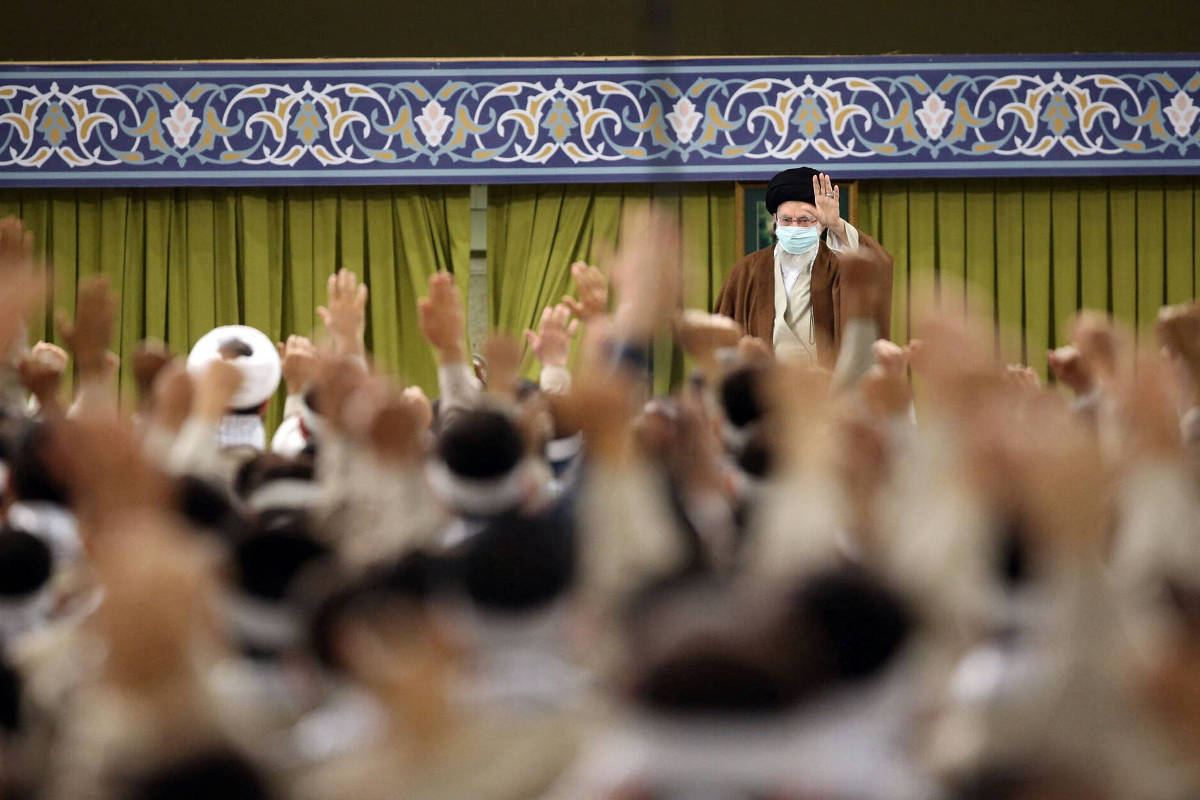 Iranian authorities arrested Farideh Moradkhani, the niece of Ayatollah Ali Khamenei, after she was filmed calling the Islamic regime a “murderer and child killer”. The human rights activist belongs to a branch of the family opposed to religious leaders.

Farideh’s brother, Mahmud Moradkhani, was the one who revealed, through social media, that she had been arrested last Wednesday (23), after being subpoenaed by the Public Prosecutor’s Office. On Saturday (26), Mahmud posted a video in which his sister appears condemning the “clear and obvious oppression” suffered by Iranians and asking the international community for help.

“Free peoples, stand by us! Tell your governments to stop supporting this murderous, child-murdering regime,” declares the niece of Iran’s supreme leader.

It is not known when the video was recorded. In the images, the Iranian complains that the sanctions against the country, a consequence of the repression of the protests, are insignificant and claims that her compatriots are alone in the fight for freedom.

Farideh had already been arrested in January of this year, after praising the widow of Shah Mohammad Reza Pahlavi, overthrown by the 1979 Islamic Revolution, in a videoconference. The activist was released on bail in April, according to the NGO Human Rights Activists News Agency.

Repression hardens as protests against the regime continue. So far, 416 people have died, and six demonstrators have been sentenced to death for alleged violent actions during the demonstrations. More than 14,000 people have been arrested and around 2,000 have been charged, according to official figures.

The uprising began in mid-September with the death of 22-year-old Mahsa Amini after being arrested for wearing an Islamic headscarf improperly, according to allegations by the morality police. The regime classifies the protests as “riots” and says they are promoted by the West.

This Sunday (27), the Judiciary Authority of Iran said that rapper Toomaj Salehi, accused of making propaganda against the regime and acting against national security, could be sentenced to the death penalty. He was detained after he posted a video of a song calling for the overthrow of the theocratic regime.

Family members of the musician indicated that his trial has already begun, behind closed doors and without any legal representation. He was allegedly accused of being an “enemy of God” and “corruption on earth”, crimes punishable by death in Iran.

Iranian authorities released on bail, on Saturday (26), football player Voria Ghafouri and dissident Hossein Ronaghi, two of the most famous militants against the repression of protests in Iran.

The decision comes in a particular context, after the victory of the national football team against Wales in the World Cup and two days before the duel with the United States. Iranian players stole the spotlight before the start of the game against England by refusing to sing the national anthem in protest of the crackdown.

Ghafouri, who played 28 times for Iran until 2019, was arrested after a training session for his Foolad team. Of Kurdish origin, he was accused of having insulted and defamed the reputation of the national team and of having carried out propaganda against the regime, according to the Iranian news agency Fars.

Ronaghi, a contributor to the American The Wall Street Journal, had to be hospitalized due to a hunger strike that lasted two months in prison. According to his brother, Hassan, the militant left prison on bail to undergo treatment.

Facebook
Twitter
Pinterest
WhatsApp
Previous article
Rodopoli: They threaten to tie themselves to the train tracks due to a lack of an ambulance
Next article
Chinese television censors images of people without masks at the World Cup