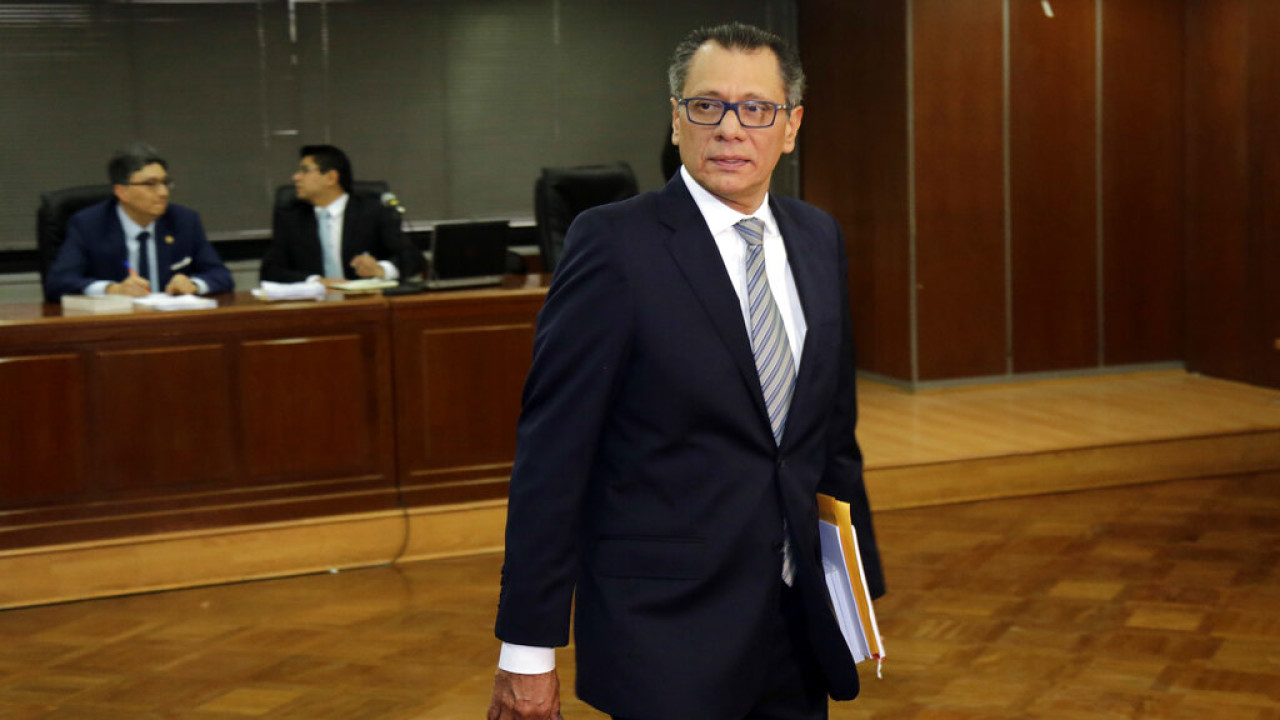 Judge Emerson Curipaio, based in the province of Santo Domingo, ruled that Mr. Glass’s rights had been violated because of the delays in considering his defense request.

Ecuador’s former vice president Jorge Glass was released from prison on Monday — for the second time this year — after a judge granted a defense request and allowed him to serve an alternative sentence following his corruption convictions.

Judge Emerson Curipaio, based in the province of Santo Domingo, held that Mr. Glass’s rights were violated because of the delays in considering his defense request to be granted privileges and decided to allow him to serve his sentence in an alternative way, outside of prison.

The 53-year-old politician was sentenced to six years in prison in 2017 when he was found guilty of bribing Brazilian construction company Odebrecht in exchange for the award of public works contracts.

He was sentenced to another eight years in prison in 2020 after pleading guilty at trial to charges that he took money from contractors to finance the election campaigns of President Correa’s movement.

Jorge Glas had been released in April for health reasons by a court decision, but it was canceled before a month had passed.
His defense has asked for his two sentences to be merged and also to benefit from a pre-parole mechanism after some of them are served.

In 2018, when he was convicted in the Odebrecht scandal, Mr Glass was still the most senior official to see his career end in infamy over the high-profile case.

The former vice president, like former president Correa, has initially denied the accusations and has claimed that they are being politically persecuted by their opponents.