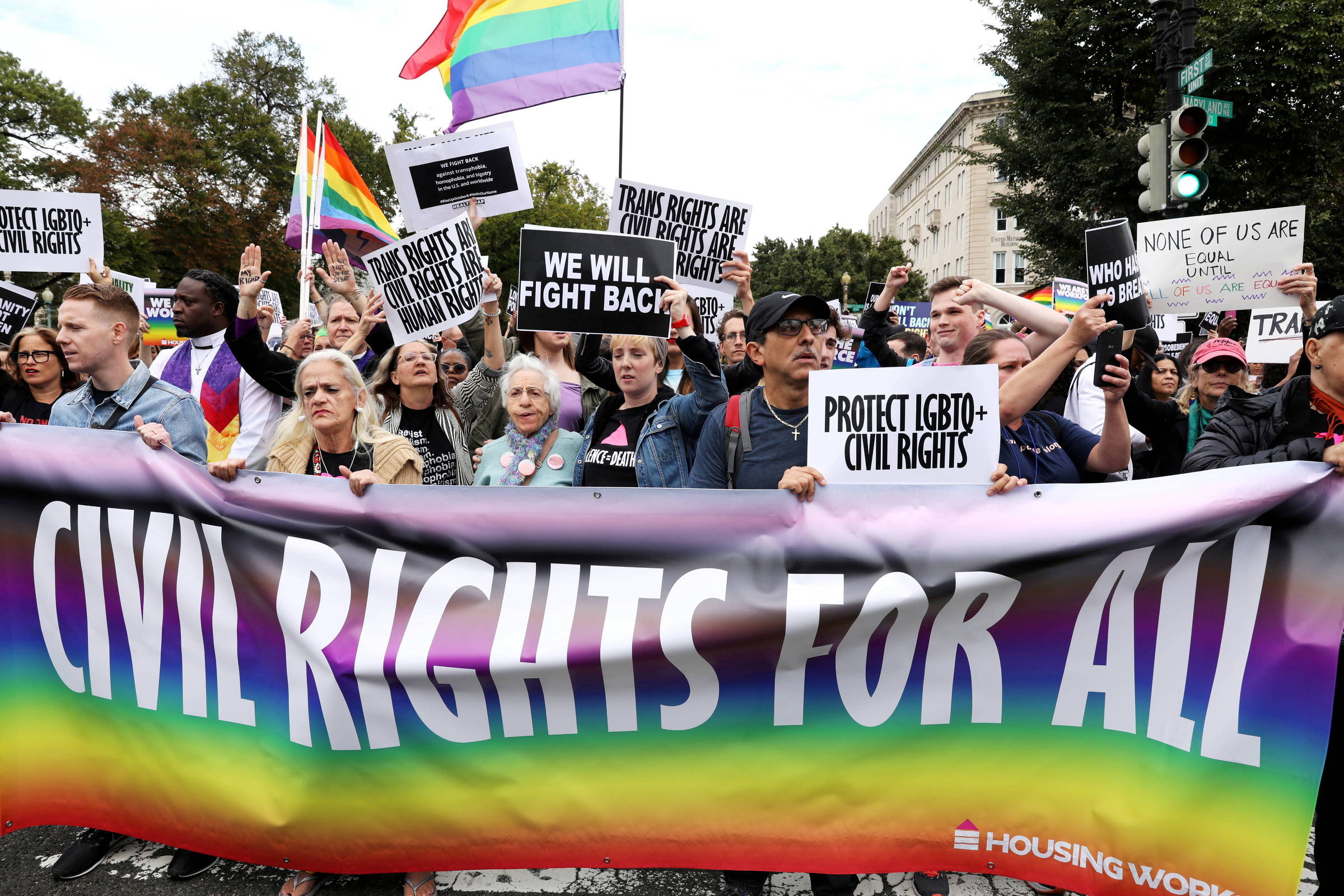 In an increasingly rare agreement between the two major parties in the United States on an agenda linked to customs, the country’s Senate approved this Tuesday (29) the recognition of marriage between people of the same sex. The text must still return to the House and be sanctioned by the president, Joe Biden, but approval is now taken for granted.

So far, this type of union has been guaranteed in the country by decision of the Supreme Court, and approval by Congress is considered essential to enact law and protect what exists today by court decision.

The subject gained even more weight after the reversal of the right to abortion in the country. For five decades, the voluntary interruption of pregnancy was considered a constitutional right in the United States according to the understanding of the Supreme Court. But in June of this year, the court overturned the ruling, paving the way for states to enforce laws banning the procedure.

The reversal of abortion was the clearest manifestation of the court’s conservative turn following Donald Trump’s term (2017-2021), who appointed three of the court’s nine current justices. It was from then on that the Democrats began a major effort to, in legal jargon, “codify” other relevant matters, that is, transform them into law, which gives more weight and makes reversal by court decision more difficult.

Another reason for the rush in approval was the result of the mid-term elections that took place at the beginning of the month, which defined that the Republican Party will control the House from next year. With Democrats now controlling both the House and Senate, there was a rush to pass the legislation before the more conservative party takes over the House.

But the support of Republicans was essential for the passage of the law, with more than a dozen congressmen from the party voting for the new legislation, including representatives who at other times voted against gay marriage.

The law passed on Tuesday also protects marriage between people of different races, although there is no longer any significant questioning of this type of union in American society.

“With the Senate’s bipartisan passage of the Respect for Marriage Act, America is about to reaffirm a fundamental truth: love is love, and Americans should have the right to marry the person they love,” the statement said. US President Joe Biden.

“For millions of Americans, this legislation will safeguard the rights and protections to which LGBTQI+ and interracial couples and their children are entitled. It will also ensure that, for generations to come, LGBTQI+ youth grow up knowing that they, too, can lead full and happy lives and build their own families,” the White House said.

Efforts to legalize same-sex marriage began in the 1990s, especially after the Defense of Marriage Act of 1996. Approved by Parliament and sanctioned by then-president Bill Clinton, the law defined that, for the government federally, marriage is a union between a man and a woman, and it said that no state was obligated to recognize the validity of a same-sex union that was authorized by the laws of another state.

It was a blow to the civil rights movement for LGBTQIA+ populations, but from then on, victories came gradually. In 2003, the Supreme Court overturned the so-called Texas sodomy law and found similar laws in other states unconstitutional, establishing that consensual sexual activities could not be punished as crimes and that the right to privacy was above this type of legislation. At the time, 14 states had such laws that punished same-sex sexual activity.

That same year, the state of Massachusetts was the first to legalize marriage between people of the same sex, paving the way for a series of state laws of the type across the country, even though the issue was opposed even by the then president, George W Bush.

It is from 2013 the Supreme Court decision that recognizes gay marriage. At the time, the court ruled that the Defense of Marriage Act, passed during the Clinton administration, was unconstitutional. First the decision was limited to 13 states and the capital, Washington. Two years later, in 2015, the same court ruled that same-sex marriage is a constitutional right and that all 50 states must recognize same-sex marriages.

The bill approved by the Senate this Tuesday buries the 1996 law for good and establishes in its place the Law of Respect for Marriage.

The approval shows how the agenda has changed in American politics in recent times. Even conservative senators and senators from heavily republican states voiced support for the measure. Mitt Romney, the 2012 presidential candidate and senator from Utah, said in a statement the legislation “makes sense.”

“While I believe in traditional marriage, Obergefell [nome da decisão da Suprema Corte de 2015] it is and has been the law that LGBTQ individuals rely on,” he said. “This legislation provides security to many LGBTQ Americans and signals that Congress – and I – cherish and love all of our fellow Americans equally.”

Facebook
Twitter
Pinterest
WhatsApp
Previous article
Lobby regulation passes the House; NGOs say they were ignored
Next article
Tunisia: Journalist sentenced to one year in prison for refusing to reveal his sources