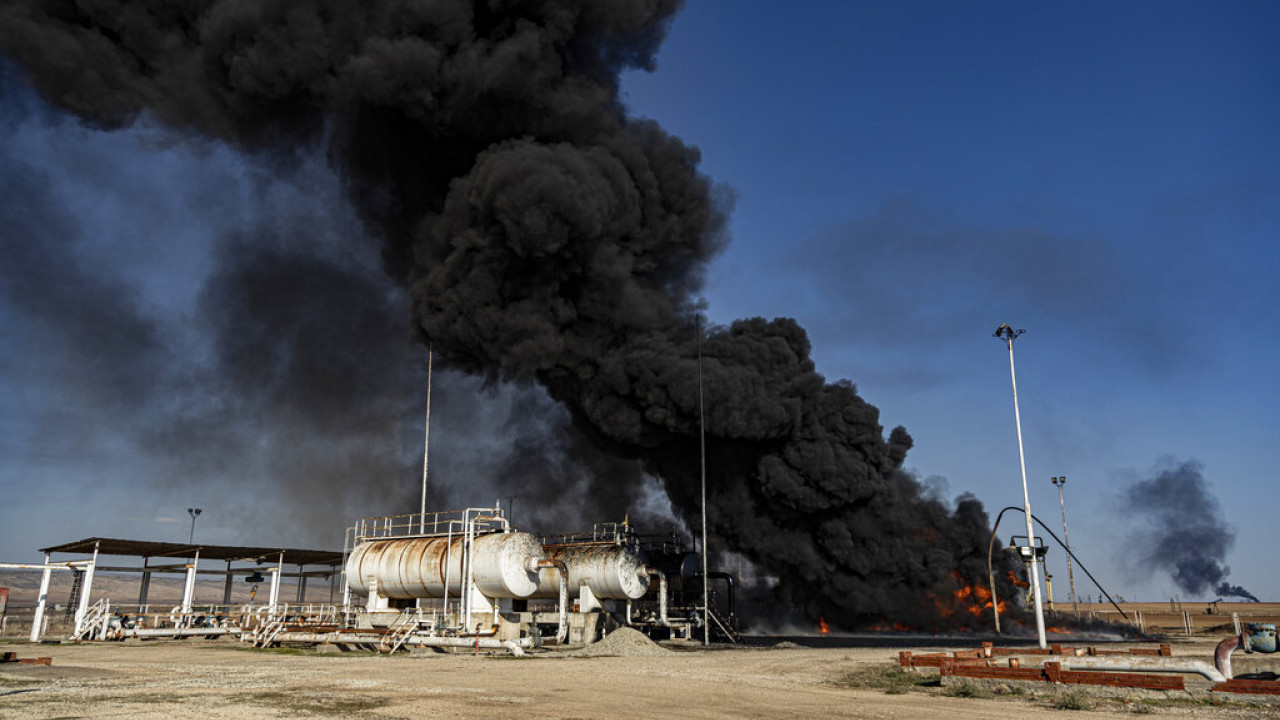 In a phone call with Hulusi Akar, US Secretary of Defense Lloyd Austin reiterated the US Pentagon’s firm position on de-escalation in Northern Syria – It would have a negative impact on the wider region, says Russia

US Defense Secretary Lloyd Austin expressed his “strong opposition” to a new large-scale Turkish ground operation in Syria to his Turkish counterpart Hulusi Akar on Monday, expressing concern over the recent escalation of violence in the border region, according to a press release publicized his services.

During a telephone conversation with his counterpart, Mr. Austin also expressed his condolences to the victims of the November 13 terrorist attack in the heart of Istanbul, according to the US Pentagon statement.

He also “expressed concern about the escalating action in northern Syria,” particularly “recent airstrikes” by Turkey, “some of which have directly threatened the safety of U.S. (military) personnel working with local partners in Syria to IS defeated” (s.s. the jihadist organization Islamic State).

The US Secretary of Defense called for “de-escalation” and added that he “shares the strong opposition of the State Department” to the possibility of starting a new large-scale ground operation of the Turkish army in Syria.

Yesterday, Russian diplomacy reiterated the position that a new large-scale Turkish ground military operation on the territory of Syria would have a negative impact on the wider region and called on Ankara and Damascus to coordinate actions, through the mouth of the representative of the Russian Ministry of Foreign Affairs, Maria Zakharova.

Moscow is in “close cooperation with (its) Syrian and Turkish partners to prevent the escalation of the situation in the north of the Syrian Arab Republic,” the spokeswoman said, estimating that a new ground military operation by Turkey on Syrian territory “would lead to further deterioration of the already difficult situation in this area of ​​Syria, would have a negative impact on the situation in the region as a whole.” He also judged that the purpose of “ensuring security in the border zone” is met by “restoring coordination between Ankara and Damascus”.

Mrs. Zakharova reminded during the weekly briefing of Russian media journalists and foreign press correspondents that in order to “prevent” the escalation, “contacts at the inter-ministerial level, including within the framework of the work of the ‘Astana process'”, are underway, during 19th meeting of representatives of Russia, Iran and Turkey in the capital of Kazakhstan (November 22-23).

The communique of the tripartite meeting stated, the spokeswoman recalled, that “achieving permanent security and stability in northeastern Syria is only possible on the basis of preserving the sovereignty and territorial integrity of this country.”

Efforts are being made, the representative of the Russian Foreign Ministry continued, to encourage dialogue between the Kurdish self-governments and the government of Syria, so that “the areas beyond the Euphrates are returned to the common space of the Syrian state”.

“The main obstacle” in this process Maria Zakharova characterized “the military presence of the USA”, arguing that “the Americans support the separatist moods of some leaders of the Syrian Kurds, they openly apply the line of cutting off from Damascus these temporarily uncontrolled by the government of Syria territories, which are rich in oil and other natural resources.”

“We have said it repeatedly. In our contacts with the representatives of the Kurds, we consistently follow the thought that it is counterproductive and not prudent to bet on the alliance with Washington instead of forming normal cooperation with the central government of Syria. We will continue the work”, concluded the representative of the Russian Foreign Ministry.

Paris expressed to Ankara its “strong concern” over Turkish strikes in Syria and Iraq, which “threaten progress” in the fight against the Islamic State jihadist group, according to a press release released by the French Defense Ministry on Wednesday.

On November 20, Turkey’s air force began a series of strikes in northeastern Syria against positions of Kurdish fighters, members of what Ankara calls “terrorist” organizations. And Turkish President Recep Tayyip Erdogan last week reiterated his intention to order a new large-scale ground operation by his military in Syria.

The Turkish strikes “lead to an escalation of tensions, which threatens the stability of the region and the progress achieved in recent years by the international coalition in the fight against Daesh (s.s. acronym in Arabic for the Islamic State),” the Frenchman stressed. Defense Minister Sébastien Lecornou during a telephone conversation with his Turkish counterpart Hulusi Akar.

France is a member of the US-led international anti-jihadist coalition.

Mr. Lecornou stressed that a new large-scale Turkish ground operation would “jeopardize the safety of (military) personnel operating in northeastern Syria” and helped wrest the territories it held from IS.

Facebook
Twitter
Pinterest
WhatsApp
Previous article
Kim Kardashian turns down invitation for new Balenciaga campaign
Next article
Opinion – Juca Kfouri: Tite will do well to give the substitutes the ball against Cameroon