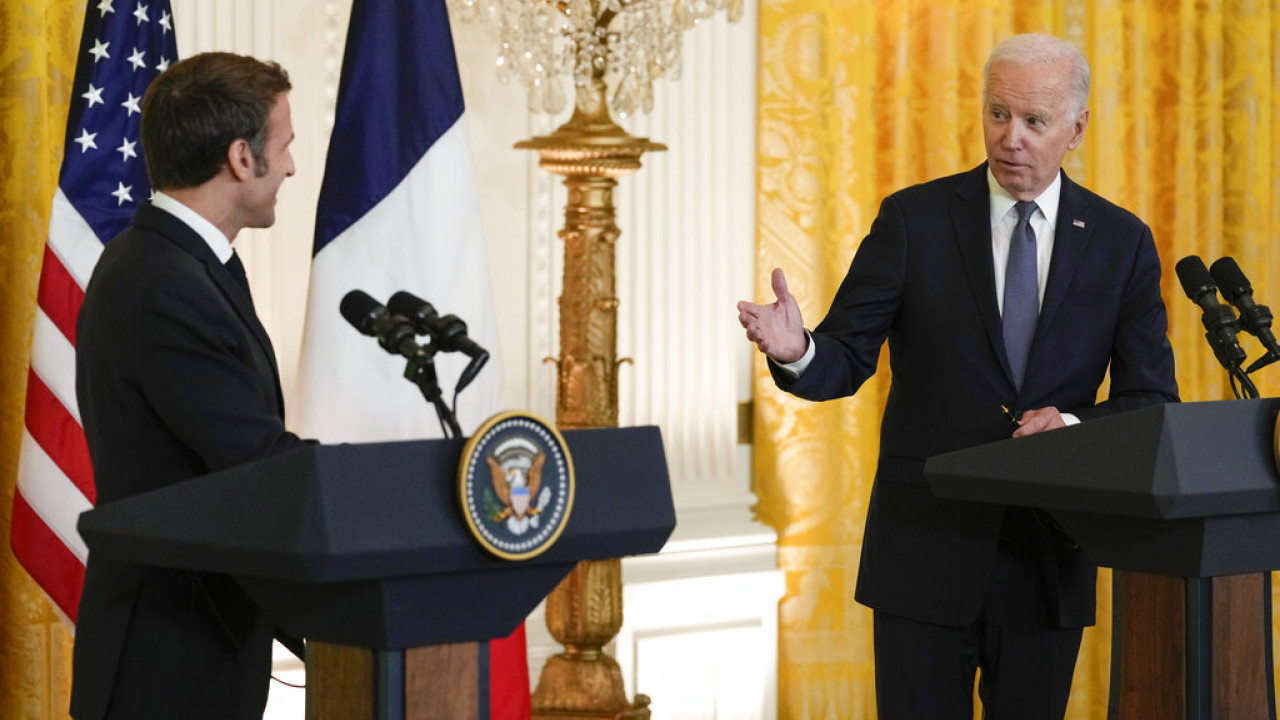 The American president Joe Biden and its French counterpart Emmanuel Macron they pledged to make the Russia responsible for “widely documented atrocities and war crimes” in Ukraine, the two leaders said in a statement issued after their meeting at the White House.

The two leaders reiterated “their firm determination to hold Russia accountable for widely documented atrocities and war crimes committed by both its regular armed forces and their allies, including mercenaries,” the statement said.

At the same time, Biden and Macron emphasized that the USA and France they will continue to support Ukraine for as long as needed”.

The two presidents “reaffirm their countries’ continued support for Ukraine” and pledged in particular to provide it with “political, security, humanitarian and economic assistance for as long as necessary.”

“Our two countries are brothers in their struggle for freedom”

Earlier, Joe Biden and Emmanuel Macron touted the stability of the alliance between the US and France, “two sister countries fighting for freedom”, despite frictions due to US industrial policy described as “too aggressive” by Paris .

“The US could not ask for a better partner than France,” the US president said from the White House garden, stressing that the alliance with France remains “essential”.

“Our common destiny is to respond together” to global challenges, the French leader replied. “Our two countries are brothers in their struggle for freedom,” he added.

The welcoming ceremony for the French presidential couple had it all: 21 cannon shots, national anthems, a military band…under the Washington winter sun.

As they headed to the Oval Office for their pre-press conference talks, the French president was seen putting a hand on Biden’s shoulder.

“It is important” that the two countries work closely together to address the effects of the war in Ukraine “on our economies and citizens,” Macron noted.

The 80-year-old Democrat Biden declares himself ready to tighten US relations with their traditional allies, the “oldest” of which is France, according to Washington’s formulation. With Macron, however, things did not start well: in September 2021, the US announced a new military alliance with Britain and Australia, which deprived France of a colossal contract for the sale of submarines. Biden, without reconsidering his decision, later admitted it was a “clumsy” move and went out of his way to appease Emmanuel Macron, a process analysts say culminated in his welcome to the White House.

On Wednesday, Macron strongly deplored the “excessively aggressive” economic decisions the US is making against European companies.

Biden wants to reinvigorate American industry and reassure the middle class. For France, the giant investment program, the “Inflation Reduction Act” promoted by the White House, which provides, among other things, the subsidy of the electric car industry, as long as these vehicles are manufactured in the USA, is of particular concern.