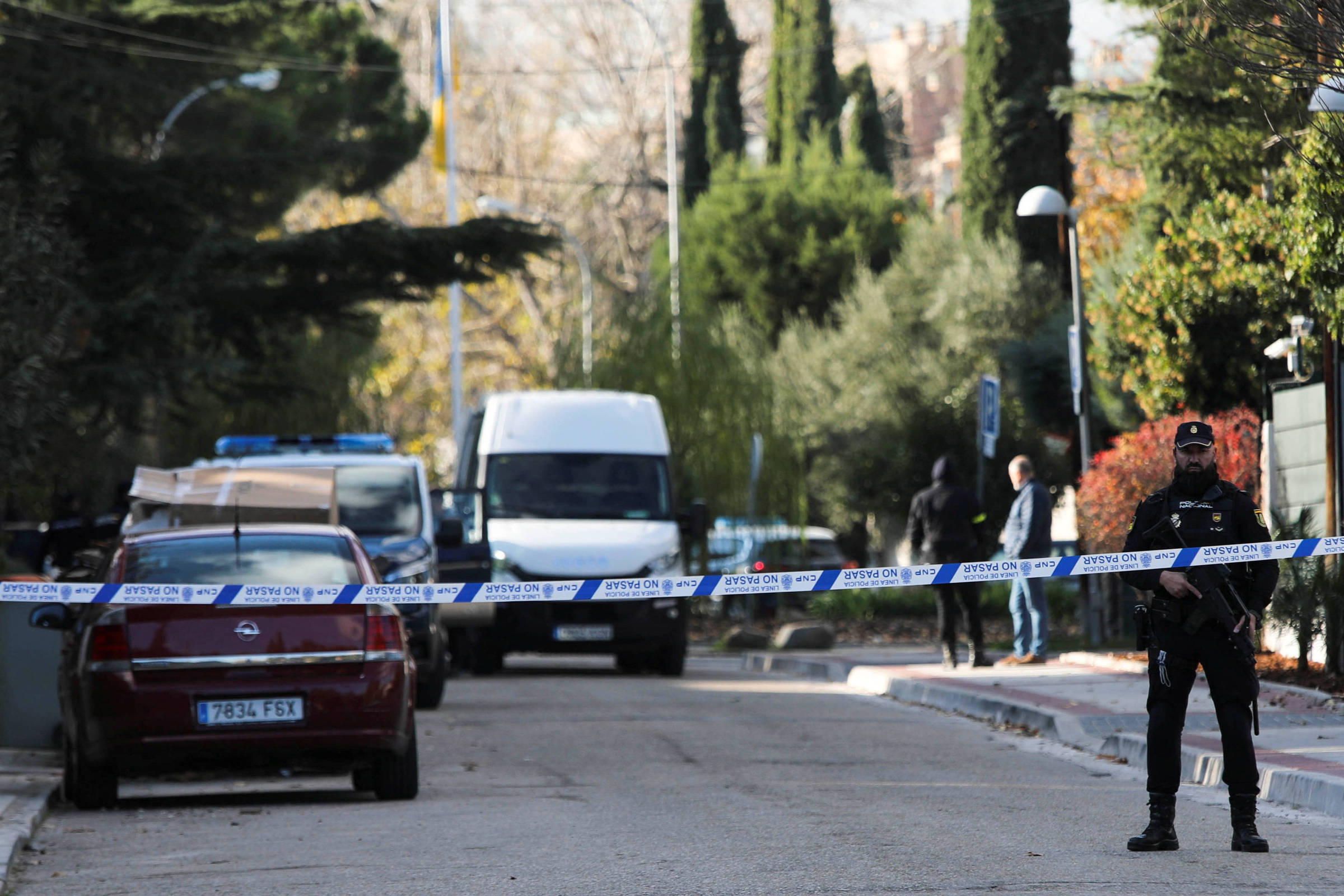 Two days after being targeted by a box containing an explosive, the Ukrainian embassy in Spain received this Friday (2) a bloody package with animal eyes.

According to the spokesman for Ukrainian diplomacy, similar boxes were sent to embassies in Hungary, Holland, Poland, Croatia, Austria and Italy and to consulates in Naples, also in Italy, Krakow, Poland, and in Brno, Czech Republic.

“We are studying the meaning of this message,” Oleg Nikolenko wrote in a statement posted on social media. According to the note, Chancellor Dmitro Kuleba has determined that all Ukrainian diplomatic posts be placed under heightened security.

The embassy in Madrid was isolated for about two hours by the Spanish police, who also searched the region with the help of sniffer dogs.

Nikolenko also claimed that the entrance to the apartment of the Ukrainian ambassador in the Vatican was vandalized – human feces would have been placed on the door of the property – and that the embassy in Kazakhstan received a bomb threat, later discarded.

“We have reason to believe that there is a well-planned campaign of terror and intimidation of Ukrainian embassies and consulates,” Kuleba said. “Unable to stop Ukraine on the diplomatic front, they try to intimidate us. However, these attempts are futile. We will continue to work effectively for Ukraine’s victory.”

According to the newspaper El País, the police in Spain rule out any link between the senders of the bloody packages that Friday and the six letter bombs that the country has counted so far. The explosives were posted by a sender from inside Spain, while the boxes sent to the Ukrainian posts came from another country, not yet disclosed by the authorities.

The first letter bomb was sent to Prime Minister Pedro Sánchez’s office last week. On Wednesday (30) there were those sent to the Ukrainian embassy that left a security agent injured, and to the headquarters of Instalaza, a weapons manufacturer that develops the C90 rocket launcher, war equipment donated by Spain to Ukraine to fight the invasion Russian.

Two other artifacts were sent on Thursday to a Spanish air base that houses a European Union space intelligence center and to the Spanish Ministry of Defense building.

The motives and perpetrators of the attacks are unclear. The cases are being investigated by Spain’s Supreme Court, which specializes in terrorism crimes. Correos, the state-owned company responsible for postal services, is also cooperating with the investigation.

Facebook
Twitter
Pinterest
WhatsApp
Previous article
Opinion – Marcelo Damato: Ball did not go into goal in Japan, but in Brazil there is controversy
Next article
Opinion – Cozinha Bruta: The gold-plated barbecue of the national team’s clowns