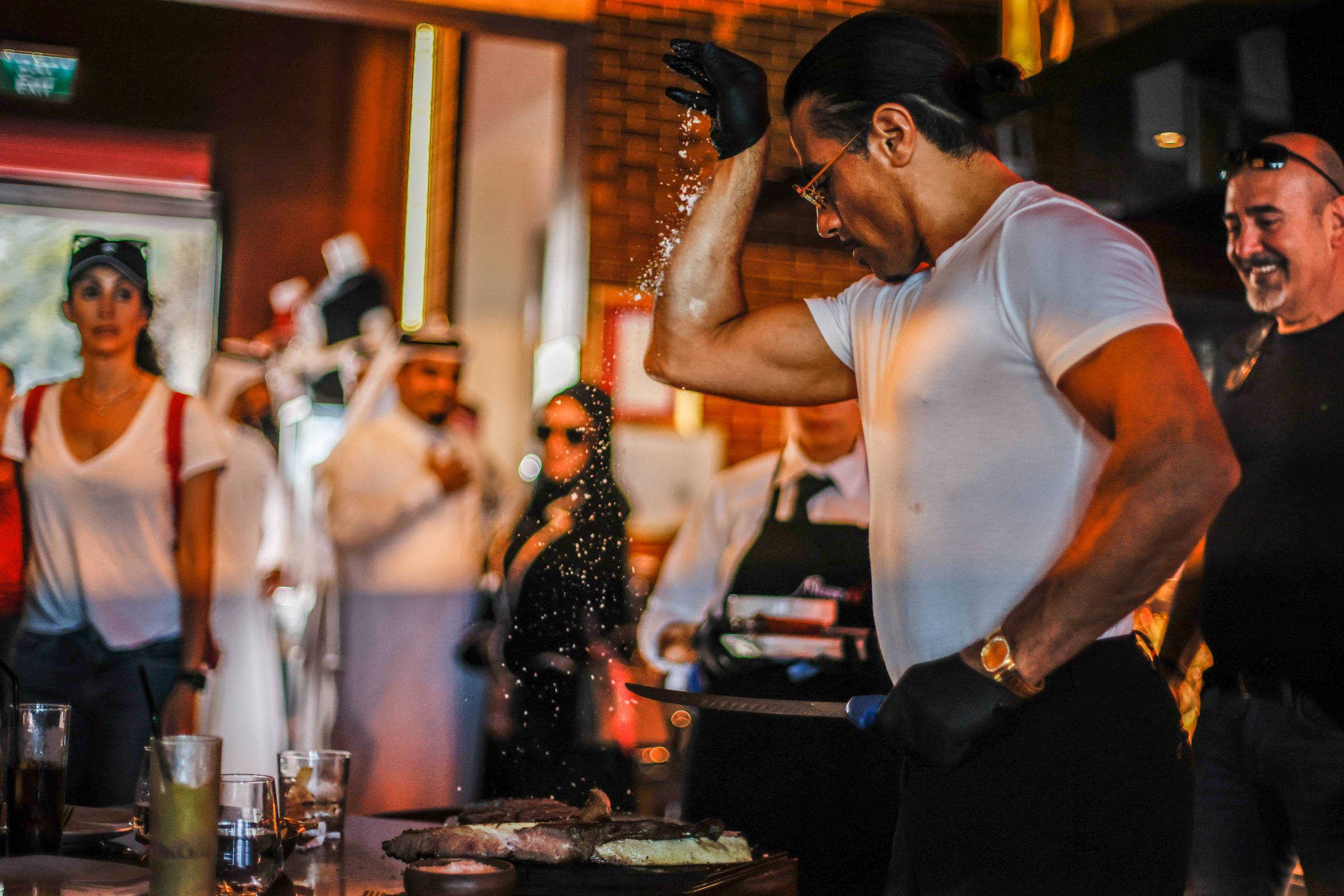 In the biopic “Elvis”, the singer lives and dies disgusted with the fact that Tom Parker, his manager, treats him like a circus clown.

Parker, a self-confessed crook who grew up in the circus scene, understood the workings of the entertainment business like few others. Art is a scam, in show business everything is illusionism, sleight of hand.

The clown makes a fool of himself to suck every last penny out of the sucker who buys the antics. This is something that requires talent: there are many genius artists who live on crumbs because they don’t know how to sell themselves.

Ultimately, some circus talent is a prerequisite for anyone who depends on a public image for a living. This applies to athletes, influencers, journalists and chefs. But some individuals extrapolate in clowning.

Salt Bae is the artistic name of Turkish Nusret Gökçe, who specializes in performance barbecue.

The guy is always wearing sunglasses, a ponytail and a tight white T-shirt. He cuts the meat in choreographed movements and sprinkles the salt with his arm bent like a swan neck.

A real clown. The good ones.

Salt Bae has built a chain of restaurants called Nurs-et, with locations in several countries – including Qatar. During the World Cup, the great clown settled in Doha to delight the rich and dazzled clientele with the ballet of salt in the steak.

Ballers have a soft spot for ostentatious fun. In an ultra-conservative country like Qatar, sparkling champagne, gambling and whore… adult entertainment are out of reach. All that’s left for the stars is the Salt Bae barbecue-show.

A video circulates on Instagram in which Ronaldo Fenômeno, Éder Militão, Gabriel Jesus and Vinícius Júnior have dinner at Nurs-et in Doha. Legends show the price of each player’s watch.

And it’s Salt Bae himself who slices the main antics on the menu at the table: a 1.2-kilo gold-plated steak. The golden steak costs the equivalent of R$ 3000 – without gold, the same cut costs less than half that amount.

Edible gold is the biggest pick in this pickaxe industry that is high luxury gastronomy. It doesn’t taste like anything and it’s not even valuable: at Mercado Livre, one hundred sheets go for R$59. A truly tacky joke.

In the battle of clowns that was Salt Bae’s encounter with the national team, it remains to identify the sucker of the story. There’s always a sucker to be exploited: clowns don’t work for free.

Certainly, the sucker is not the salt magician, who advertises his restaurant with the canary lettering.

Neither should footballers. It is unlikely that they paid for the meal, and if they did, they don’t need the money.

Just a guess: suckers may be the ones suffering from the football circus while their idols eat meat, gold and french fries.