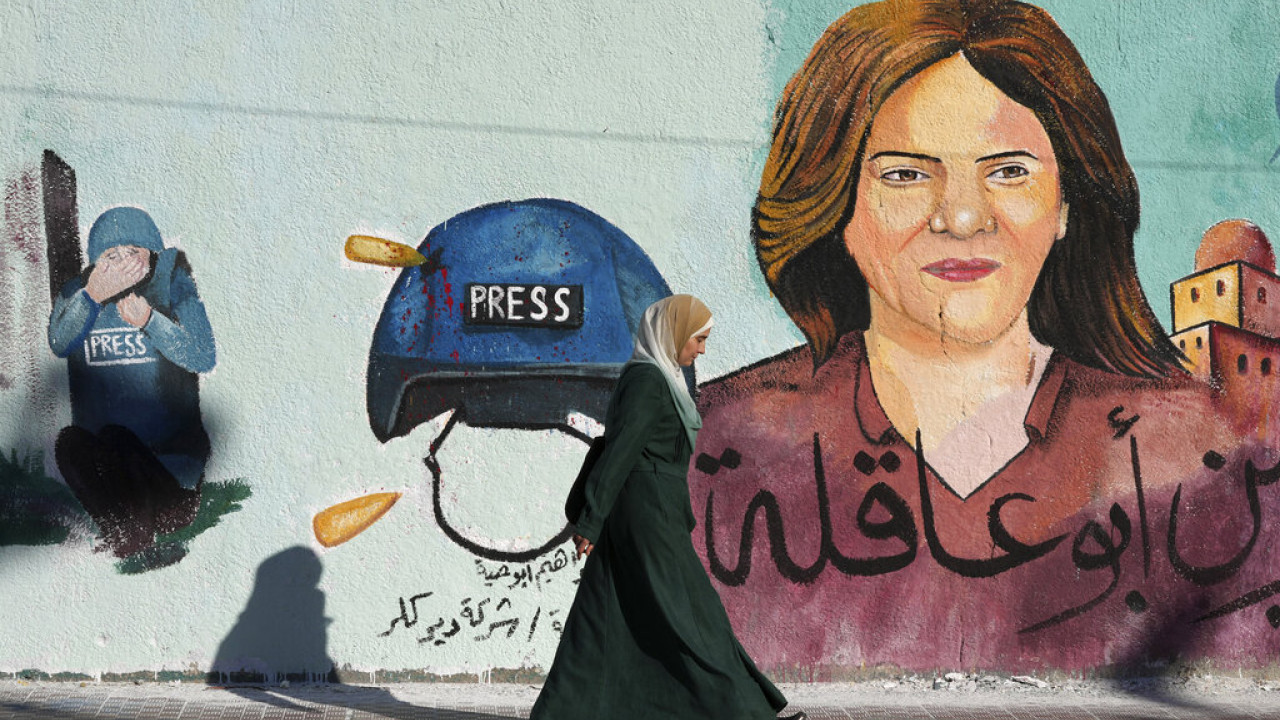 The television network Al Jazeera announced today Tuesday that it appealed to the International Criminal Court against the Israeli forces for the murder of Palestinian journalist Shireen Abu Akleh who was shot during an Israeli raid in the West Bank last May.

The lawsuit follows an investigation into the case by the network’s legal team, Al Jazeera reported on Twitter.

Among the first names of the pan-Arab television network Al Jazeera, the correspondent of the television station in the Palestinian territories was wearing a bulletproof vest marked “Type” and a journalist’s helmet when he was killed by a bullet to the head on May 11 in Jenin.

Eyewitnesses assured that at the point where the correspondent – one of the best known internationally, covering the Middle East for two decades – was also other journalists there were no Palestinian fighters, and no firefights were taking place.

The Israeli military first admitted in September that it exists “strong possibility” that Shireen Abu Akleh was killed by gunfire from one of his members.

Facebook
Twitter
Pinterest
WhatsApp
Previous article
Rita Ora: She forgot to dress up at the British Fashion Awards – Lanterns and logs…
Next article
US: Supreme Court poised to vindicate business that refuses to serve gays