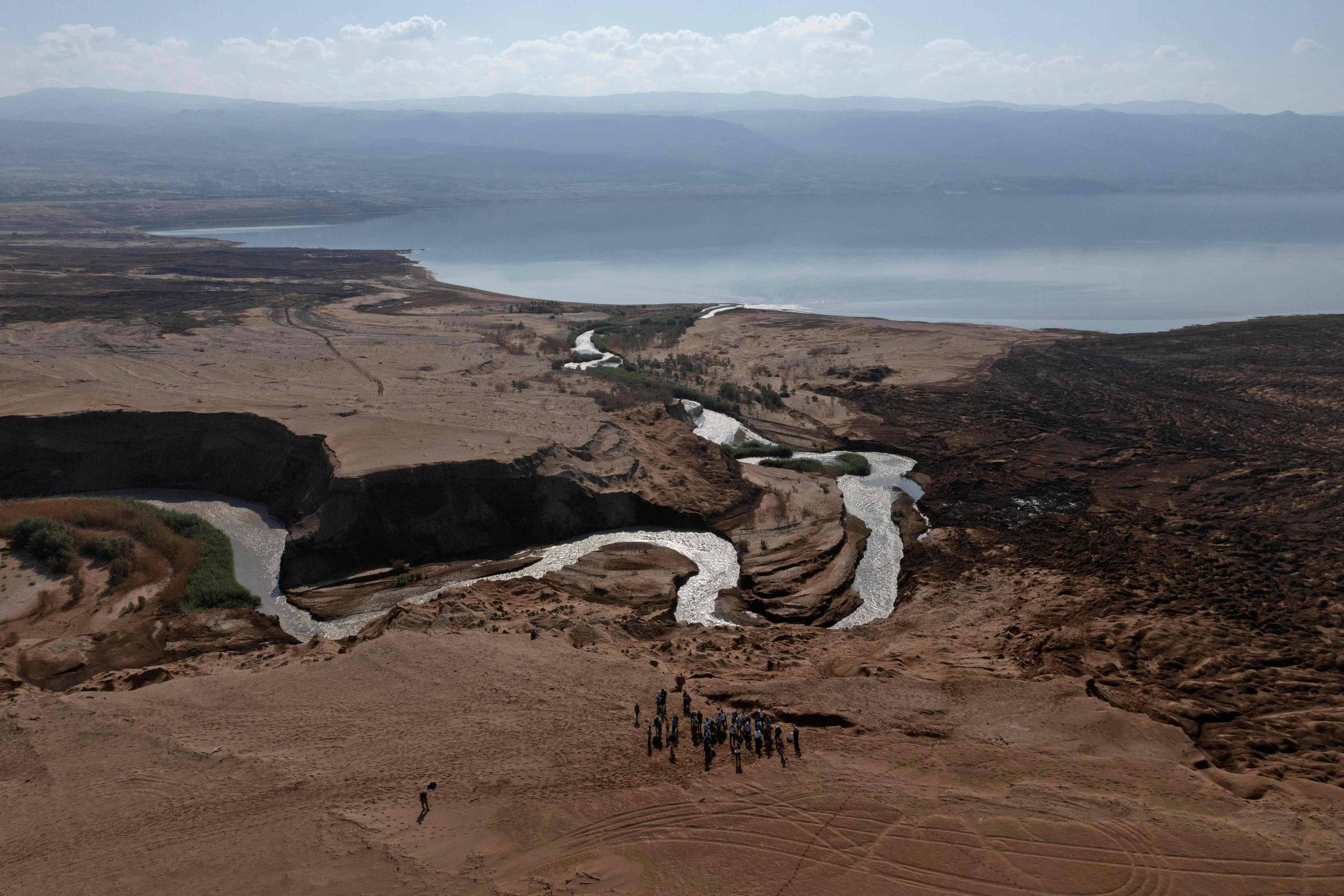 There are two dramas taking place today along the banks of the Jordan River, representing the two most powerful forces shaping politics in and around Israel. Tell me which one dominates and I’ll tell you what relations between Jews and Arabs will be like.

One is the logic of tribalism. It was unequivocally manifested in the newly elected ultra-nationalist and ultra-religious Israeli government, which was propelled to power by intensifying clashes between Palestinians in the West Bank and Israelis in general, and by increased criminal activity by Israeli Arabs against other Israeli Arabs and Jews in particular. . All of this is driven by the tribalist motto “Me and my brother against my cousin. Me, my brother and my cousin against the outsider.”

The Israeli leader of that coalition is Benjamin Netanyahu, who won the election on a campaign aimed at sowing fear and resisting power-sharing with Palestinian inhabitants of the West Bank and Palestinian citizens of Israel. Netanyahu’s main message was addressed to Israeli Jews: only I can protect you against the other.

But at the same time that this election was taking place, another logic was also at work: the logic of nature, according to which when the climate changes, as it is changing now, it is not the strongest or most intelligent species that survive. They are the ones that adapt best.

And the ecosystems that have the greatest adaptability are often the most diverse, rich in species that offer different ways of adapting. They thrive because they are able to create healthy interdependencies between different plants and animals, thereby maximizing their resilience.

Their motto is “Me, my brother, my cousin and the outsider all collaborating naturally so that we can advance together, not fall together”.

An example of this kind of thinking was the tacit environmental alliance forged by the previous Israeli government of national unity (led by Yair Lapid and Naftali Bennett) in collaboration with leaders from Jordan, Palestine and the United Arab Emirates.

It is true that the previous Israeli government engaged in resistance thinking when it was needed, preventing Iranian and Palestinian attacks against Israelis. But it also practiced creative resilience thinking, based on the logic: climate change will kill us all long before we start killing each other unless we produce more sustainable water sources. This needs to start with the recovery of the Jordan River, which has fed this region for millennia.

Today this calls for unusual forms of collaboration between Jews and Arabs.

I came here, the lowest point on Earth, where the city of Jericho, the Jordan River and the Dead Sea meet, to promote this emerging coalition around nature and climate. My guide was Gidon Bromberg, co-founder of EcoPeace Middle East, an organization made up of Jordanians, Palestinians and Israelis who are fighting to sustain one of the regions on the planet most affected by water scarcity.

Bromberg began by pointing out two surprising and interrelated things. This region of the Jordan Valley was formerly dominated by farms that grew a wide variety of fruits and vegetables. Today, unfortunately, most of the land is occupied by date palms.

The second point is that the Jordan River, at the bend where we were – the place where John the Baptist would have baptized Jesus, according to tradition – used to be about a hundred meters wide, with rapids. Today the river is between five and ten meters wide at this point, with no rapids, which is why we could see Christian pilgrims standing comfortably in the middle of the Jordan River being baptized by their priest.

What is the connection between the two things? It is so hot here today, and for much longer each year (almost 46ºC in August), that the only variety that can still be grown are date palms. But this is only possible if the palm trees have plenty of water, and that water is in danger of running out.

Without a healthy Jordan River, not even date palms will be able to survive here. The Middle East Eye website recently quoted a Jordanian farmer commenting on how his planting season has become erratic: “We used to start planting in July, but now we start in September or even October” because the heat is excessive in the summer months. “But then it cools off in a short time”, sometimes not giving the vegetables time to survive.

In October 2021 I wrote about the outline of what I hoped could become a new kind of peace treaty between Arabs and Israelis: a treaty that would foster resilience between the parties, not just end resistance between they.

The text was initialed by Jordan, Israel and the United Arab Emirates at a conference in Dubai, with the help of US climate envoy John Kerry. Last month, at the climate conference in Sharm el-Sheikh, these countries went a step further and signed a new memorandum to complete the feasibility study for this unique collaboration.

The interim treaty provides for the United Arab Emirates to bring investment capital with which Jordan can build a solar plant with a capacity of 600 megawatts in its vast desert, to produce clean energy that Israel would access to expand its coastal desalination plants (which in will soon be supplying Israel with 90% of its fresh water) and pump some of that desalinated water into the Sea of ​​Galilee and then further down into the enlarged and correctly filtered Jordan River so that it can once again become the regional water carrier that nature created it to be.

If President Joe Biden can help bring this grand project to fruition, it could be the greatest US contribution to Middle East peace since Camp David. An EcoPeace study argues that the rehabilitation of the Jordan River and Jordan Valley could, over time, provide a multi-billion dollar boost to the combined GDP of the Israeli, Palestinian and Jordanian inhabitants of the area, whose annual level today is no more than of a mere US$ 4 billion (R$ 20.8 billion).

Put bluntly, with the old peace process now as dead as the Dead Sea, we can only hope that sheer self-interest in response to natural challenges will spur massive collaboration around water and clean energy.

I like Bromberg’s analogy: the European Union, he noted, was created after World War II “to harness the two most important natural resources in Europe at the time, coal and steel, to create peace and prosperity.” In fact, when the union was founded, it was called the European Coal and Steel Community.

“What are the coal and steel of our times?” asked Bromberg. “They are the sea, the sun and the sand.”

We need to help the parties here collaborate to bring these three elements together in a healthy interdependence whose by-product is not just clean water that can fuel agriculture, but also confidence that can be reinvested in your policy.