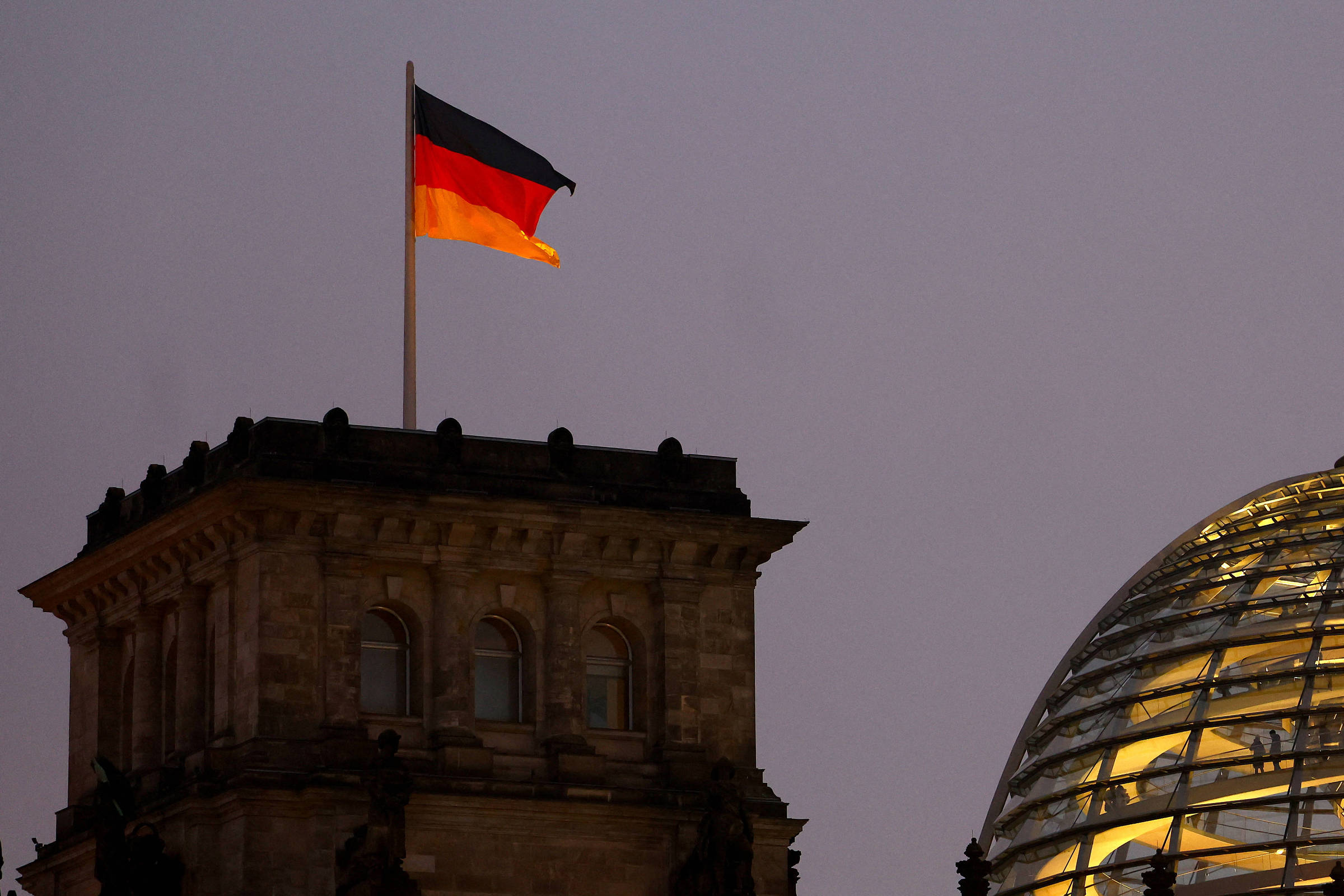 The self-proclaimed kingdom that does not recognize Germany

Deep in the countryside in eastern Germany, there is an invisible border.

The towers of an imposing castle emerge from the treetops. A sign at the front door solemnly informs the visitor that he has entered –in effect– a new country.

The “Königreich Deutschland” (Kingdom of Germany) is a self-proclaimed independent state – complete with its own self-appointed king.

Peter the First, as he prefers to be known, welcomes us in a rather gloomy, wood-panelled hall.

It’s been about a decade since his coronation — there was a ceremony, complete with orb and scepter — and the founding of his so-called kingdom, which has its own money, prints its own identity cards and has its own flag.

He is what is known in Germany as a “Reichsbürger” (Citizen of the Reich), one of about 21,000 people who are defined by the country’s intelligence agencies as conspiracy theorists who do not recognize the legitimacy of the postwar German state. .

They gained prominence this week, with the arrest of 25 people in operations against the Reichsburger, suspected of conspiring to storm the German parliament building, the Reichstag, in what would be a violent overthrow of the government.

But King Peter says he has no such violent intentions.

Despite this, he claims that the German state is “destructive and sick”.

“I have no interest in being part of this fascist and satanic system,” he says.

We settle down in another room to talk, in plush armchairs under a glittering chandelier.

But this isn’t a salon; we are surrounded by lights and cameras. This is King Peter’s own TV studio – he hopes to open a TV channel soon – and I understand that one of his subjects will record every moment of our interaction.

He says he had no choice but to found his kingdom, having unsuccessfully tried to run for mayor and member of the German parliament.

“Corrupt, criminal or people willing to be used thrive in the German system, and those with an honest heart, who want to change the world for the better, in the interest of the common good, don’t stand a chance.”

His real name is Peter Fitzek, and his activities have often brought him into conflict with German law.

Germany does not recognize the kingdom or its papers: Fitzek has multiple convictions for driving without a license and running his own health insurance program. He was also jailed for several years for embezzling money from its citizens, but the conviction was later overturned.

The regional intelligence service, which has been monitoring him and his kingdom for nearly two years, told us they see them as a threat. They are likened to a cult that exposes people to conspiracy theories and extremist ideology.

Such theories and ideologies have proliferated in Germany in recent years, fueled by the pandemic. And Covid-19 appears to have increased support and membership in the kingdom.

Fitzek tells us it has about 5,000 citizens. And he is expanding the kingdom, buying land in Germany to establish various communities in which these people can live.

We visited one of these outposts about 150 miles from the King’s castle.

Ancient trees surround the site of another former castle in the village of Bärwalde, an hour and a half’s drive south of Berlin. About 30 people live on the premises, either in the main building or in trailers that are spread across the lawn along the main entrance.

Despite the castle’s faded beauty, it’s a bleak place. They are still renovating the buildings and clearing the land. Tree trunks still grow through the skeleton of an old greenhouse.

But the people here are proud of their home, which they also consider kingdom territory.

Citizens do not pay taxes and do not send their children to school, which is illegal in Germany. They obey their own legal structure – presided over, I am told, by King Peter – and ultimately intend to create their own health care system.

“The kingdom can provide everything you need in everyday life. Food and nutrition, social security, all these systems are there,” says Benjamin, who recently moved here with his young family and is in charge of public relations for the “kingdom “.

For all their plans to build a sustainable green community using modern technologies, citizens seem to have little faith in modern medicine.

No one here is vaccinated against Covid-19, Benjamin tells me. It’s a common stance for the Reichsbürger, many of whom have joined protests against pandemic control measures.

“People who think for themselves today will often be condemned as conspiracy theorists,” says Benjamin. “But it’s a fact that many times these are the people who stay up at night thinking about problems, not just their own, but those of society and politics.”

As we left the commune and returned to the village, a neighbor was standing on the front lawn.

When I asked what he thought of his neighbors, he frowned. They should pay taxes, he says. After all, they still had access to Germany’s resources. But what worried him most, he adds, were his own children. “What kind of influence will these people have on them?”

For many years, the Reichsburger was a national joke. Germany is now learning to take them seriously.

This text was published in https://www.bbc.com/portuguese/internacional-63931139

Facebook
Twitter
Pinterest
WhatsApp
Previous article
He made a “chefte” with Karditsa and found… the pulse of Lavrio!
Next article
Police and fans clash on the Champs-Élysées in Paris