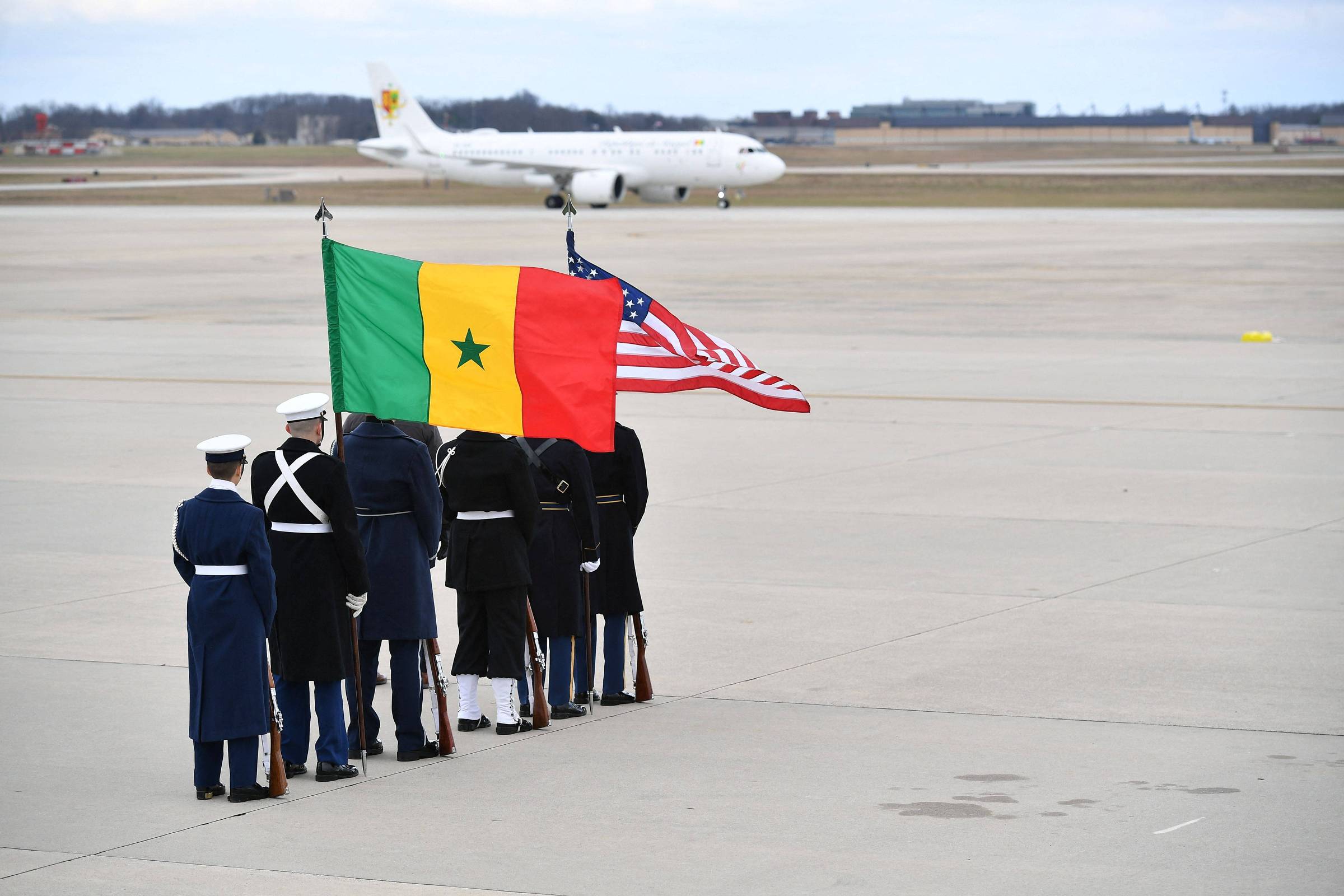 This week, the United States welcomes dozens of leaders from African countries to the US-Africa Leaders Summit in Washington. The event is seen as an attempt to regain diplomatic space in a continent with a massive Chinese presence and growing influence from nations such as Russia, Turkey and the United Arab Emirates.

The government of Zimbabwe, for example, inaugurated in November the new headquarters of the Parliament, a luxurious building that cost around US$ 140 million (R$ 754 million) in one of the poorest countries in the world. The construction was a gift from China. Beijing also built the headquarters of the parliaments of Mozambique, Malawi, Lesotho and Guinea-Bissau, as well as the presidential palace of Burundi. Not to mention the billions in infrastructure invested by the Asian giant on the African continent.

The biggest diplomatic event in the American capital since the Covid-19 pandemic has stopped the city with the presence of 49 leaders of the African continent, in addition to President Joe Biden, in the reissue of the summit created in 2014 in the Barack Obama administration.

On the official agenda are the consequences of the pandemic, climate change, impacts of the War in Ukraine, democracy, security, trade and development, in forums, meetings and a gala dinner that take place between this Tuesday (13) and Thursday (15). But it is the Chinese presence in Africa that is the most questioned issue.

Data from the General Administration of Customs of China show that trade between the country of Xi Jinping and the African continent reached US$ 254.3 billion last year, a historic record. In the same year, the volume of US imports and exports with the continent was US$ 64.3 billion.

In addition, China has dominated African infrastructure through financing of roads, railways, ports, airports, dams and energy companies. According to the British magazine The Economist, 31% of all infrastructure projects on the African continent with values ​​above US$ 50 million are financed by Chinese companies.

The White House has deflected at different press conferences since last week when asked about the China factor at the summit. 🇧🇷[O encontro] It will be a positive proposition about the US partnership with Africa. It’s not going to be about other countries. It will not be an attempt to compare and contrast. Instead, it will be about the positive agenda the US must pursue with Africa,” National Security Adviser Jake Sullivan said on Monday.

The concern, however, besides being obvious, is included in the “US Strategy for Sub-Saharan Africa”, an official White House document published in August with the priorities for the region.

The text says that China “views the region as an important space to challenge the rules-based international order, promote its own commercial and geopolitical interests, undermine transparency and openness, and weaken US relations with African peoples and governments.” . It also cites Russia, which, for the Biden administration, “sees the region as a permissive environment for private military and parastatal companies, often fomenting instability for strategic and financial benefit.”

Since taking office two years ago, Biden has only been to the continent once, on a three-hour whirlwind trip to Egypt to attend the COP27 climate conference.

Now, the American president must announce express support for the African Union, a forum of 55 countries on the continent, to occupy a permanent seat in the G20, a group of the largest economies in the world. Today, the only African country in the group is South Africa. The democrat’s government also intends to announce the release of US$ 55 billion in aid to the continent over the next three years.

“We don’t want anyone to tell us ‘don’t work with so-and-so, just work with us.’ We want to do business with everybody,” Senegalese President Macky Sall, who is currently also the African Union president, told the New York Times.

Of the countries that make up the African Union, Sudan, Mali, Guinea and Burkina Faso were not invited, as they were suspended from the institution after coups d’état, in addition to Eritrea, a country in the Horn of Africa whose relations with Washington are fragile.

But the attendance list also includes controversial characters. There are leaders of at least three governments accused of human rights abuses or crimes against humanity: Abdul Fattah al-Sisi (Egypt), Salva Kiir (South Sudan) and Abiy Ahmed (Ethiopia). In the latter, the war in the Tigray region has already left around 500,000 dead, according to estimates.

Kenya’s new president, William Ruto, was also accused by the International Criminal Court of crimes against humanity for leading a wave of violence in the country that ended with around 1,500 deaths between 2007 and 2008.

Chadian dictator Mahamat Déby, who took office last year after a military coup, should also participate in the event in the US capital.

The White House justified the invitations by saying it shows the administration’s commitment “to holding respectful conversations even where there are areas of disagreement,” said Molly Phee, assistant secretary of the State Department for African Affairs.

Territories that claim international recognition such as Western Sahara, in the north of the continent, and Somaliland, which in practice is a state on the borders of Somalia, were also left out.

Facebook
Twitter
Pinterest
WhatsApp
Previous article
Amid PEC negotiations, BC warns of impact of increased spending on inflation
Next article
At COP15, the UN chooses the Atlantic Forest among the 10 main references in restoration