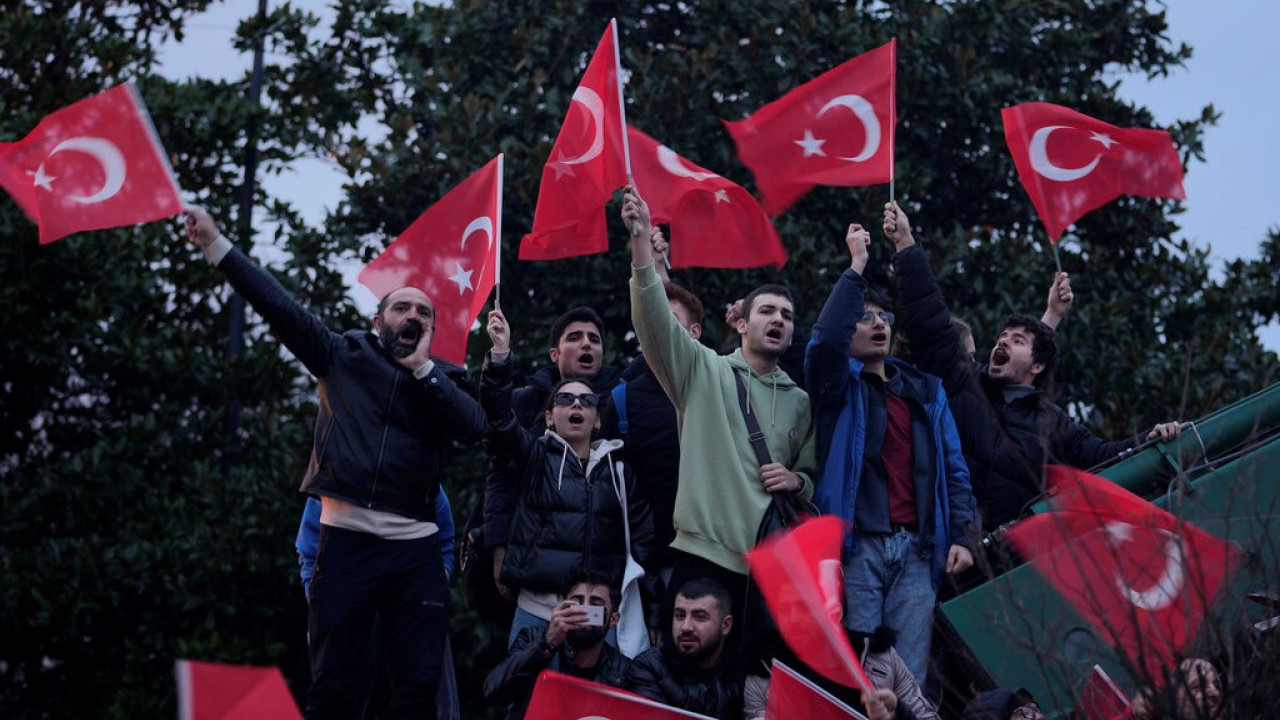 Thousands of Turks on the streets of Istanbul, against the conviction of Mayor Imamoglu

Under the sounds of patriotic music and… the gaze of Kemal Atatürk, thousands of citizens gathered in front of the Istanbul Municipality building

Thousands of Turks demonstrated today against the conviction and ban on political activity of Istanbul Mayor Ekrem Imamoglu, who criticized the government six months before the country’s June 2023 presidential election.

Earlier today, Imamoglu himself, who is seen as a potential strong rival to Erdogan, called on residents of Turkey’s largest city to show “unity and solidarity” by joining his voice and that of the leaders of six opposition parties at headquarters of the municipality at 16:00 Turkish time.

To the sounds of patriotic music, the crowd held Turkish flags in front of Istanbul’s municipality building while a large banner with the image of Turkey’s founder Mustafa Kemal Ataturk was hung on the building.

“Rights, law, justice… The day will come when the AKP will be called to account,” the crowd chanted at the start of the rally, referring to Erdogan’s ruling AKP party.

“The government is afraid and that’s why such a verdict came out. No one can stop this nation,” said Filiz Kubasar, 56, who traveled from the town of Duzze, about 200 kilometers away, to join the demonstration.

The mayor of the Turkish metropolis said that his conviction is a punishment for his success.

“Sometimes in our country, no success goes unpunished,” he said. “I consider this senseless and illegal punishment inflicted on me as a reward for my success.”