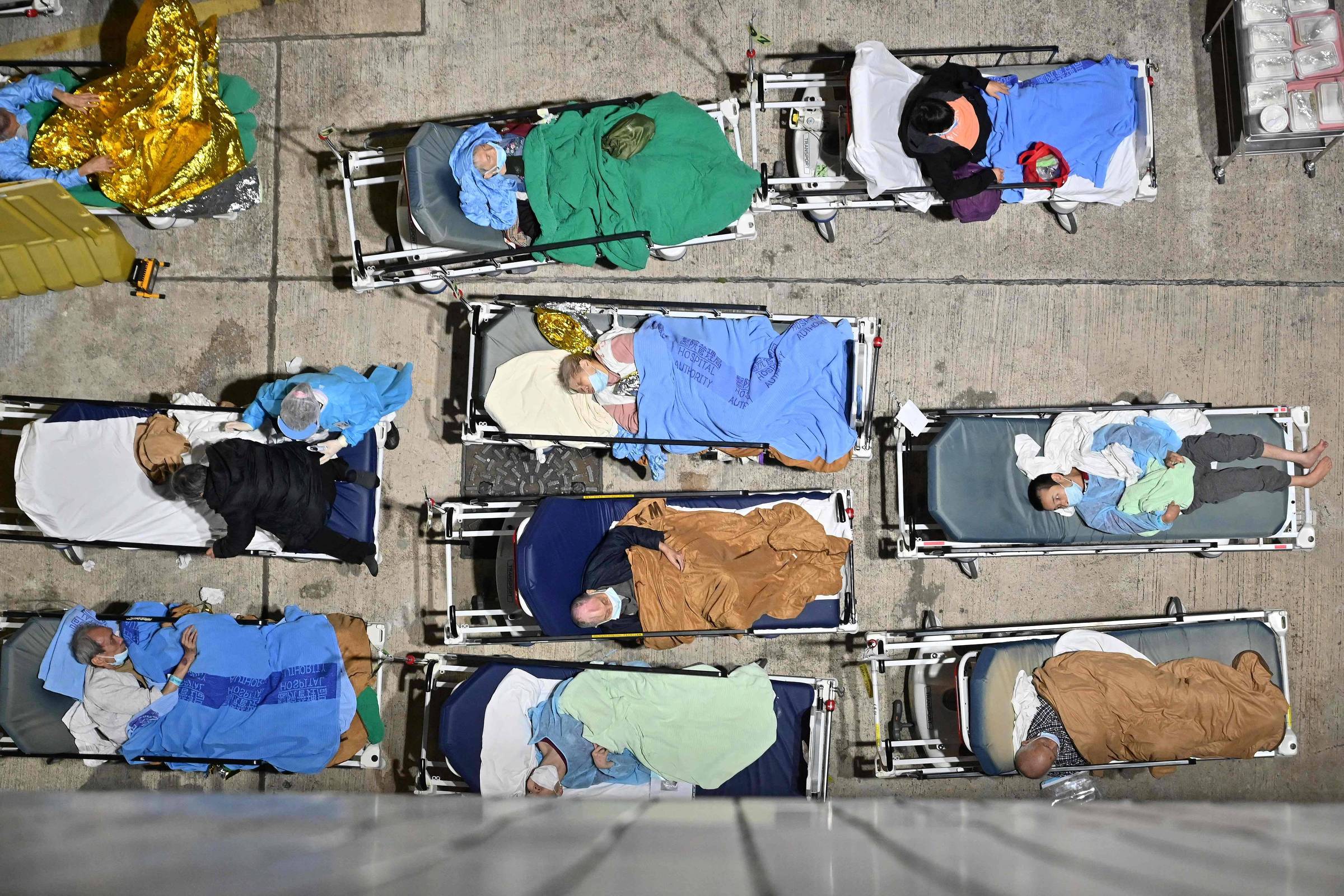 Nearly 1 million deaths. This is the expected number in China after the recent easing of pandemic control standards. The statistic was presented by the Faculty of Medicine of the University of Hong Kong, which considered the low supply of ICU beds and the disparities between provinces to meet the serious cases of Covid.

According to researchers, if mainland China fully reopens by January next year, 965,000 people are expected to die. To arrive at the number, a computer program simulated several scenarios taking into account the experience of Hong Kong, where a coronavirus outbreak infected at least half of the city at the beginning of the year.

The report presents ways to minimize deaths and protect the most vulnerable. According to Professor Gabriel Leung, a reference in epidemic studies in the territory and one of the professors who led the study, the immunization coverage of 85% of the population with the fourth dose (today only available for those over 60 years of age) and the availability of antivirals for at least 60% of those infected could reduce mortality between 26% and 35%.

The researchers also advocate that the government implement a broad vaccination program up to a month before reopening, completing it within 60 days. In addition, “a moderate degree of measures to promote social distancing” (one-off isolation and restriction on the movement of people) could reduce transmission of the virus by between 47% and 69%.

As I told you last week, China is taking big steps to end the zero Covid policy, disabling contact tracing platforms and putting an end to mandatory tests every 48 or 24 hours. The easing takes place after acts across the country for the end of lockdowns and the creation of a tactic for coexistence with the virus.

why does it matter: Confident that it could reopen the country when the global vaccination rate was high and the coronavirus weakened, Beijing did not map out the scenario in which more transmissible variants would make it impossible to fully control the disease and sacrificed economic growth and stability in favor of a Covid containment policy.

The high number of deaths projected with the reopening, however, is frightening and should cause political wear and tear on the Chinese Communist Party. It will be necessary to closely monitor how the country’s leaders will react to the situation, after years of propaganda that showed China as superior to the West for the care it took to control the disease.

One of China’s top epidemiologists predicted this week that the country should progress to the post-pandemic “new normal” as early as the middle of next year.

According to Zhong Nanshan, a pulmonologist who discovered the SARS virus in 2001 and is now one of the main advisers to Chinese health authorities, booster doses can prevent an uncontrolled growth of Covid, and the strategy will be prioritized on the eve of the Chinese New Year in the year next (scheduled for January 22nd).

“I was asked when our lives can go back to where we were in 2019. In the first half of next year, after March. I can’t guarantee it, but the trend says it should be around that time,” Zhong said, quoted by the South China newspaper. Morning Post.

The projection echoes the lines of Zhang Wenhong, who, heard last week by the same newspaper, said that Shanghai will reach the peak of Covid infections by January and then it will take between three and six months for a post-pandemic scenario.

A court in Hong Kong has postponed the trial of Jimmy Laifounder of the pro-democracy newspaper Apple Daily. He was arrested in 2021 on charges of sedition and colluding with foreign forces to destabilize the government in the city.

Lai wants to be defended by the famous British lawyer Timothy Owen, something that was common in the territory, a former colony of the United Kingdom. The government now claims, however, that allowing foreigners in national security trials could jeopardize the leak of “state secrets”. The case will then need to be considered by the legislature in Beijing.

Lai had already been sentenced to five years and nine months in prison last Saturday on other charges. The tycoon was found guilty of breaching the lease on the newspaper’s headquarters by leasing part of the building to a consulting firm.

Xi Jinping’s visit to Saudi Arabia last week sealed $50 billion in Chinese investment in the Middle Eastern country. Xi also elevated Sino-Saudi relations to the level of a “strategic partnership”, saying in a speech that “China views Saudi Arabia as an important force in the multipolar world and attaches great importance to developing stronger ties” with the country.

Why it matters: In addition to the strategic importance of deepening the Chinese presence in the Middle East, a region historically under the American and European spheres, the agreements have a second important reason: China’s intention to internationalize the yuan.

He made it clear in his speech at the China-Gulf Cooperation Council Summit that the Shanghai Oil and Natural Gas Exchange would be used to facilitate yuan trading. Launched in 2016, the exchange was created to expand transactions in the energy market.

However, according to the magazine Caixin, the Chinese ambition must come up against an old agreement between Riyadh and Washington that prohibits the Saudis from selling oil in a currency other than the dollar and obliges the country to keep part of its reserves in Treasury bonds.

The Brazil-China Business Council launched this Thursday (15) a document in which it analyzes the political transitions in both countries and the economic opportunities arising for Brazil at the moment. The full text can be accessed here. (free, in Portuguese and Chinese)

The Brazilian Center for International Relations published an extensive article by Professor Karin Vazquez, who teaches at Fudan University in Shanghai. She analyzes opportunities for sustainable development in Brazil and explores cooperation options within the BRICS. 🇧🇷free, in portuguese🇧🇷

Facebook
Twitter
Pinterest
WhatsApp
Previous article
Turkey: Big fire in a shopping center in Istanbul – Video
Next article
A bitter verbal episode between Theodorikakos and Skourletis in the Parliament