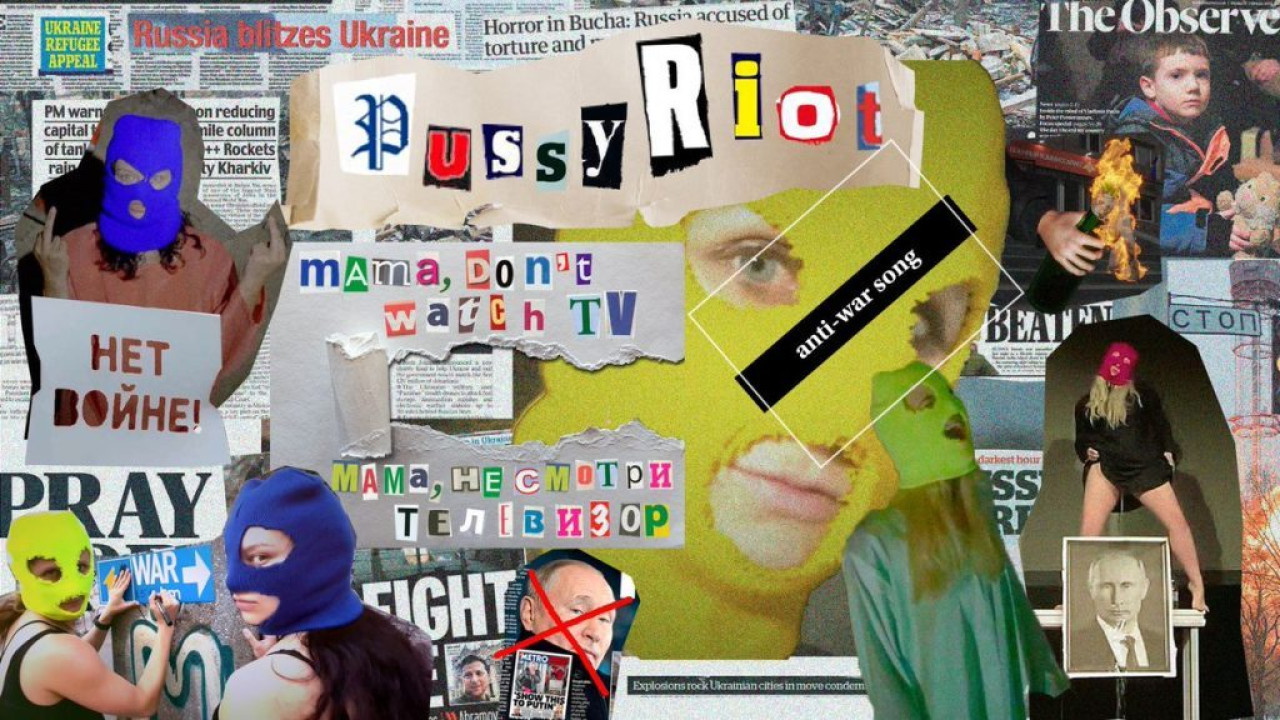 Russian punk band Pussy Riot have released a new song condemning the invasion of Ukraine and calling for Russian President Vladimir Putin to be brought to justice for his actions.

In a statement released on the occasion of the release of the music video for the song, which is titled “Mama, Don’t Watch TV”, the band members call the government a “terrorist regime” Putin and “war criminals” the president, his staffs, generals and propagandists.

Pussy Riot claim the song’s chorus is based on the words of a captured Russian soldier, who allegedly said in a phone call to his mother: “Mum, there are no Nazis here, don’t watch TV.”

The chorus of the song is:

Mom, there are no Nazis here.

Mom, why is the war called a ‘special operation’?”

The music video for “Mama, Don’t Watch TV” features images of bombed areas of Ukraine and the band members send the message “Ukraine, we love you” while holding the Ukrainian flag. Towards the end of the video clip, one of the Pussy Riot members urinates on a poster with Putin’s face on it.

The group is calling on the international community to stop buying gas and oil from Russia, to stop arming the country’s armed forces and police, to arrest Russian oligarchs and to bring President Putin and his staff before an international court in order to to account for the “genocide against the Ukrainian people”.

Facebook
Twitter
Pinterest
WhatsApp
Previous article
Italy: Franco Frattini has passed away – He was a minister in the Berlusconi governments
Next article
Arctic cold in US: Christmas without electricity for millions of Americans – At least 17 dead