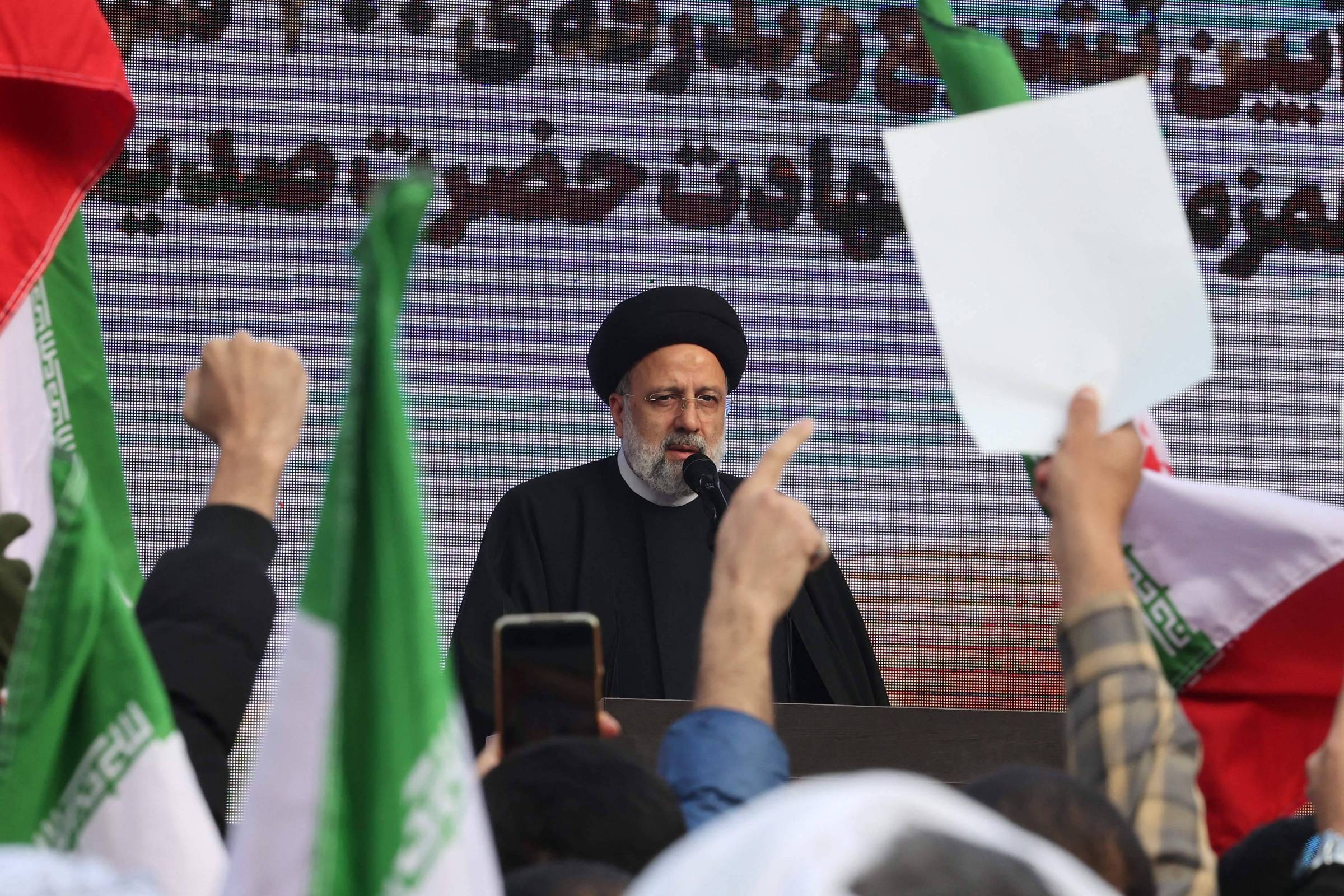 Iran’s president says no mercy for enemies who inflame demonstrations

Iranian President Ebrahim Raisi said on Tuesday that “there will be no mercy” for those who are hostile to the Islamic regime in demonstrations that have lasted more than three months in the country.

The protests, called riots by Iranian authorities, began in September after the death of Masha Amini, 22, detained in Tehran by Iran’s morality police for allegedly not wearing the hijab correctly – the Islamic veil obligatory for women in the eastern country. Average.

“Hypocrites, monarchists, counterrevolutionary currents and all those harmed by the revolution have joined the demonstrations,” Raisi told a crowd gathered outside Tehran’s university to honor the 200 soldiers killed during the Iran-Iraq war (1980-1988 ).

“The nation’s arms are open to all those who have been misled. Young people are our children, but we will show no mercy to hostile elements,” he added.

Iranian authorities accuse the United States and other Western countries of provoking the demonstrations. “If they think they will achieve their goals by spreading rumors and dividing society, they are wrong,” said Raisi. “They want to deceive us, but we know them and we also know our nation.”

The war between Iran and Iraq, by the way, is one of the pillars of the troubled relationship between Tehran and Washington. One year after the Islamic Revolution – a movement that removed an American ally from power and installed a regime based on religious laws–, Iraq invaded Iran, claiming the regime’s interference in the country’s politics.

The US provided financial, technological and military training support to Baghdad until the end of the war. About 500,000 people died in the conflicts, most of them Iranians.

Going back to this year’s protests, Iranian authorities claim that hundreds of people have died, including dozens of security force agents. Thousands more were arrested, with 11 sentenced to death by the regime – two have already been executed.

At the same time, human rights organizations based outside Iran claim that more than 450 protesters were killed by security agents.

Last week, the UN appointed three women – an Argentine activist, a Bangladeshi lawyer and a Pakistani law professor – to investigate the regime’s alleged repression. It is unlikely, however, that the nominees will be able to visit the Middle Eastern country, since the trip depends on the authorization of Iranian authorities.

Facebook
Twitter
Pinterest
WhatsApp
Previous article
Market: Spain announces new anti-inflation measures for 10.6 billion euros
Next article
Bad weather in the USA: Young woman died in her car – She was “buried” in the snow for 18 hours