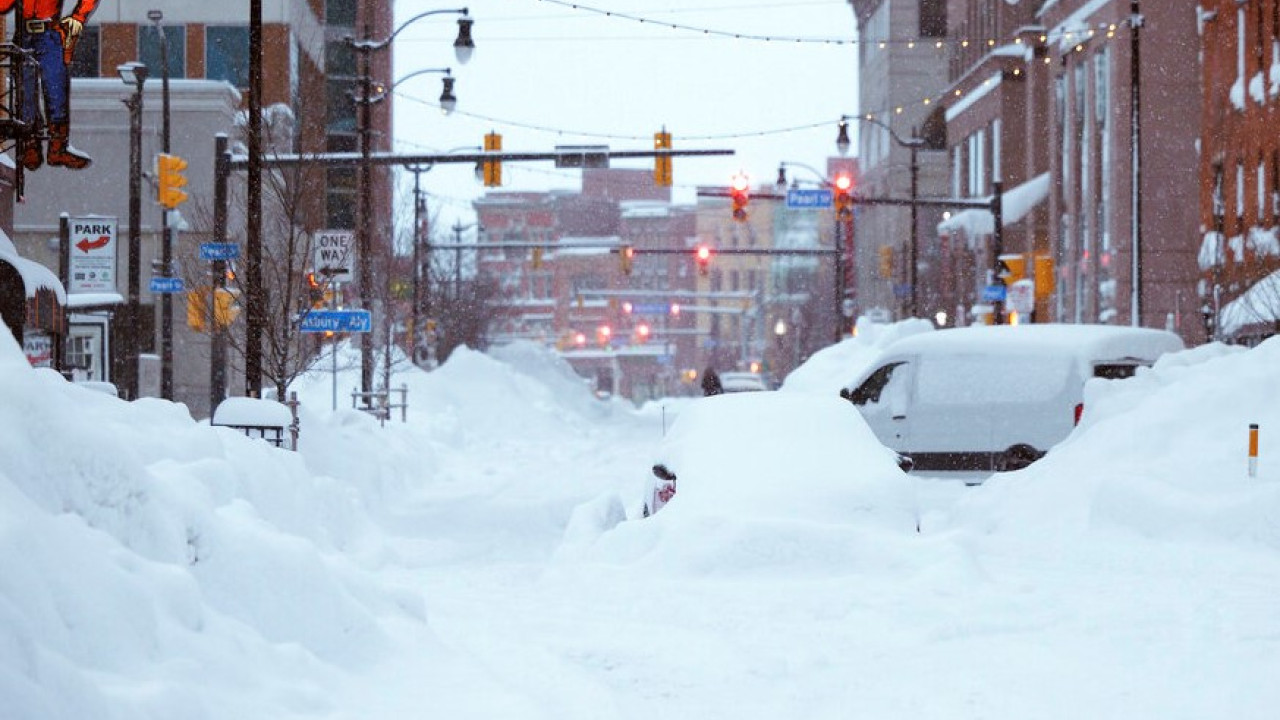 Bad weather in the USA: Young woman died in her car – She was “buried” in the snow for 18 hours

Taylor, 22, became stuck in the snow on Friday afternoon and is believed to have been trapped inside her vehicle for 18 hours

A 22-year-old woman was found by rescuers dead in her car, in Buffalo, USA, which has literally been buried in the snow from the unprecedented and historic snowstorm affecting the northern states.

The death toll from the “blizzard of the century” has reached at least 60 and fears are expressed that it will rise further, as rescue crews try to “dig out” houses and cars.

In the “eye” of the cyclone is Buffalo, the second largest city of New York. In one such operation, rescuers found 22-year-old Taylor Adele dead in her car.

Woman, 22, dies in her car after getting trapped by blizzard for 18 hours while driving home from work https://t.co/nMxWw3BWPi

The young woman got stuck in the snow on Friday afternoon while returning home from work. It is estimated that she was left helpless in her snow-trapped vehicle for 18 hours.

In fact, she sent a video to her family from her car, shortly before she took her last breath.

The greater Buffalo area, on the edge of Lake Erie near the Canadian border, was hardest hit, with the death toll at 38.