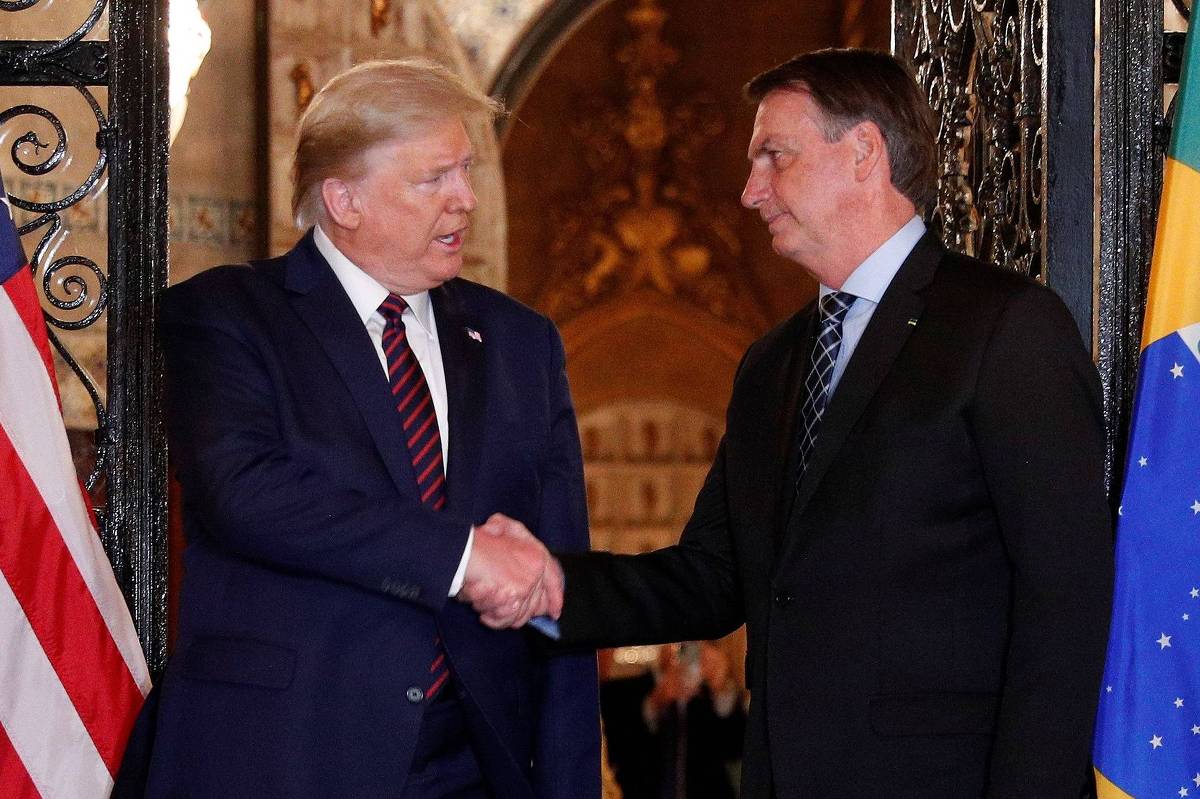 Opinion – Lúcia Guimarães: In the twilight of the coward, will Bolsonaro stay in the US if the pressure mounts?

Bolsonaro, the crybaby loser, chose the ideal destination to flee. Escape from the civic responsibility of passing the banner to Lula; escape the humiliation of witnessing the explosion of popular joy on the 1st; flee from the gaze of so many who deceived and were camped out in the rain. And perhaps, above all, running away for a while from the decision of whether or not to run away from the Justice that is about to knock on the door.

Florida is a state, but it is often a metaphor for decline, alienation and unculture.

If Bolsonaro had decided to go straight to Mar-a-Lago, he would have had to shell out US$600 (R$3,150) a head for the New Year’s dinner, because his idol Donald Trump doesn’t even offer discounts to kiss-ass.

If, as he suggested, he is going to spend “months of rest” in Florida to recover from four years of idleness and vagrancy, the execrable captain will ask his son Bannoninho to arrange a tour of the club decorated like a luxurious brothel. He already knows Mar-a-Lago, which he visited as president, in March 2020, when his entourage dined without a mask with members already infected by the coronavirus.

The problem is that the potential host is in a bad place. Like his carioca plagiarist, he is in the sights of civil and criminal justice. Despite launching a third presidential campaign a month ago purely for armor, Trump has not set foot outside Florida. When he leaves the club where he lives, it’s to play golf at the other club he owns near the Miami airport.

Besides not playing golf, the monoglot captain won’t enjoy another hobby of the lethargic orange ogre. Watching the Republican favorite movie “The Twilight of the Gods”. Both failed coup d’état candidates have no sense of irony, and Trump, years before becoming president, was already subjecting visitors to screenings of “Twilight”, the story of the decadent and vain former silent film actress who goes mad with illusions of a triumphal return.

Like so many who enjoyed power in Brasilia and today want to see the back of the fascist in slippers, even the most creepy members of the Mar-a-Lago court do not want Trump to run in 2024. Neither do the greedy sons, who compete in cretinice with the offspring of the patriarch of Barra da Tijuca.

It is possible that the pandemic has contributed to increased paranoid instinct and resentment in these two enablers of mass death. Both live in a bubble refractory to introspection and reality, protected by sycophants scraping what’s left in the pan.

Trump cannot permanently return to the luxurious penthouse in downtown Manhattan and financial and media power, where so many went to kiss his hand. New York is a Democratic city, and the entire family, who also fled to Florida, would regularly be booed as well as scorned by the local elite. But it is impossible to imagine the criminal ex-president, at 76, leaving the country to avoid justice.

And the worst president in Brazilian history? If the pressure mounts while he’s in Florida, will he say “if it’s for my own good and the general happiness of my family, I’ll let the people know I’m sticking around”?

Facebook
Twitter
Pinterest
WhatsApp
Previous article
Qatargate: The scope of the investigation was described as “unique” by the Ministry of Justice of Belgium
Next article
USA: Travelers from China will undergo a mandatory test for the coronavirus