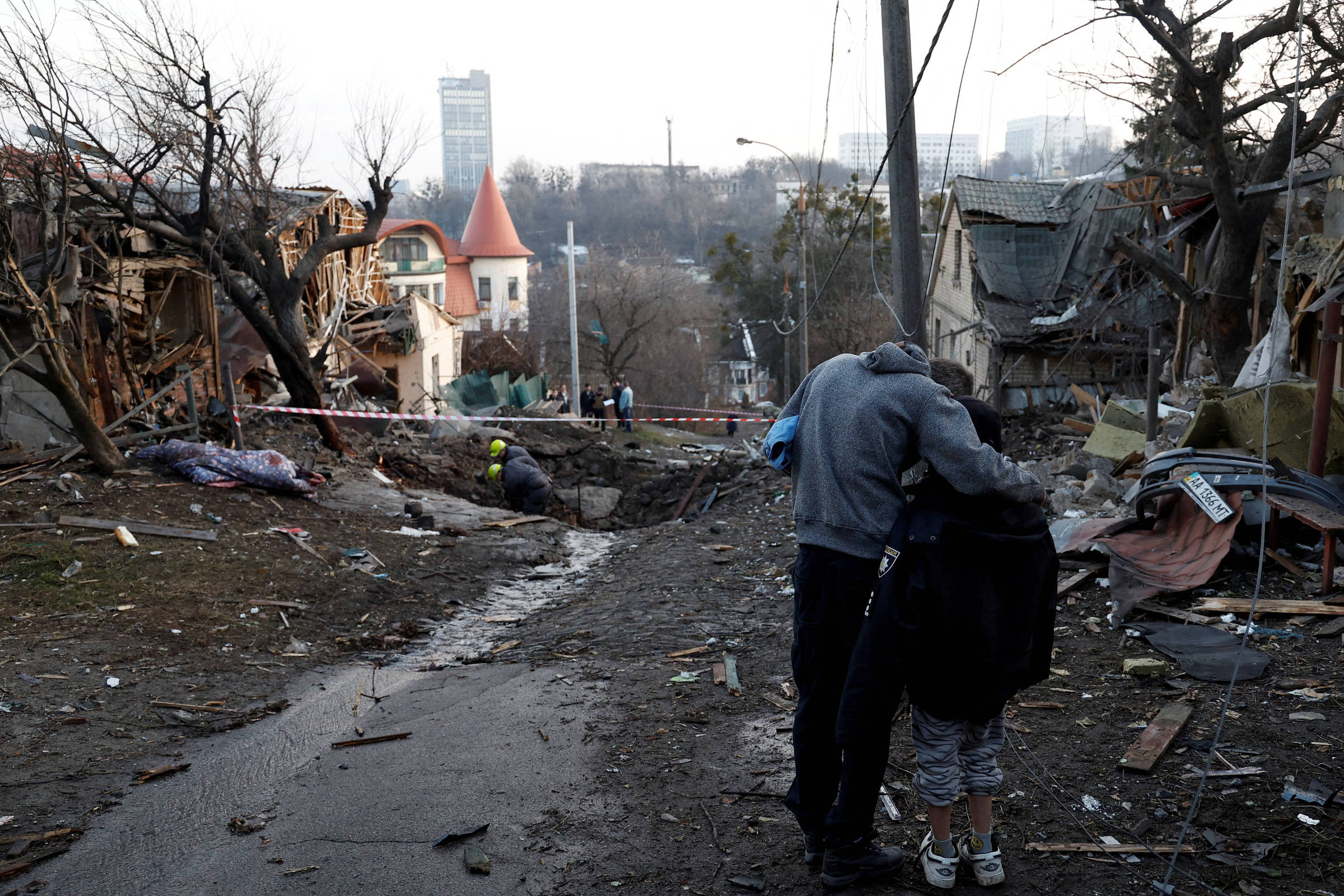 The year that will be marked by the beginning of the biggest war in decades in Europe ended this Saturday (31) in Ukraine with a new wave of Russian attacks. According to Reuters news agency, explosions were reported across the country, and at least one person was killed, and eight were injured in an attack on Kiev.

Reuters journalists reported hearing ten explosions in the Ukrainian capital. Kiev mayor Vitali Klitschko said one of the injured was a Japanese journalist – he was taken to hospital and his condition was still uncertain. A hotel south of the city center was hit, and a residential building in another district was damaged, according to city hall.

Kiev region governor Oleksii Kuleba warned even before the explosions that Ukrainian air defenses were trying to neutralize Russian missiles. “The terrorist country has launched several waves of missiles. They are wishing us a Happy New Year, but we will persevere,” he wrote in Telegram.

Other cities in Ukraine were also attacked. In the southern region of Mikolaiv, Governor Vitali Kim said on television that six people were injured. On Telegram, he claimed that Russia is targeting civilians, which Moscow has repeatedly denied since the start of the war. “According to today’s trends, occupiers are attacking not only hot spots; in many cities [eles estão visando] simply residential areas, hotels, garages and roads,” he wrote.

In the eastern town of Khmelnitski, two people were injured in a drone strike, said adviser to the Ukrainian presidency, Kirilo Timochenko.

Ukraine’s Ministry of Defense, for its part, said after the blasts that “with each new missile strike against civilian infrastructure, more and more Ukrainians are convinced of the need to fight until the complete collapse of the Putin regime,” it wrote.

Saturday’s attacks, at least symbolically, echo those of last week, when 10 people were killed and 58 injured in the city of Kherson on Christmas Eve.

Earlier on Saturday, the Russian president said his country would never give in to the West’s attempts to use Ukraine as a tool to destroy Russia. In a New Year’s video broadcast on Russian state TV, Vladimir Putin said Russia was fighting in Ukraine to protect its homeland and ensure the “true independence” of its people.

He further accused the West of lying to Russia and provoking Moscow. “For years, Western elites have hypocritically assured us of their peaceful intentions,” he said. “In fact, in every possible way, they were encouraging neo-Nazis who were conducting open terrorism against civilians in Donbass,” he added, referring to neo-Nazi groups that join Ukrainian forces in the region.

Putin’s speech this year, by the way, was different from the others. First, it lasted nine minutes, the longest since he took power in 2000; second because, generally speaking, his speeches are watered with a festive tone, unlike the combative one this Saturday. In addition, the Russian president recorded the video alongside military personnel in a headquarters and not alone in the Kremlin, as is usually the case.

At the same time, the two countries exchanged more than 200 prisoners of war this Saturday. Russia’s Defense Ministry said 82 soldiers had been released by Kiev, while Ukraine’s Presidency announced Russia had released 140 soldiers – some of whom had been jailed since the seizure of Mariupol by Russian troops.

Still, peace talks between Kiev and Moscow seem far off. This week, Russian Foreign Minister Seguii Lavrov said that his country will not accept the peace proposals offered by Ukraine. Ukrainian President Volodymyr Zelensky has signaled that he will not negotiate peace with Moscow as long as Putin is president of the neighboring country – which is unlikely to change anytime soon.

Under these circumstances, at least in Ukraine and Russia, 2023 does not look so promising.

Facebook
Twitter
Pinterest
WhatsApp
Previous article
Pelé’s daughter publishes unpublished videos of her father during the 2014 World Cup
Next article
The most beautiful “thank you” in 2022: The message of Regina who “cast a spell” on cancer by dancing