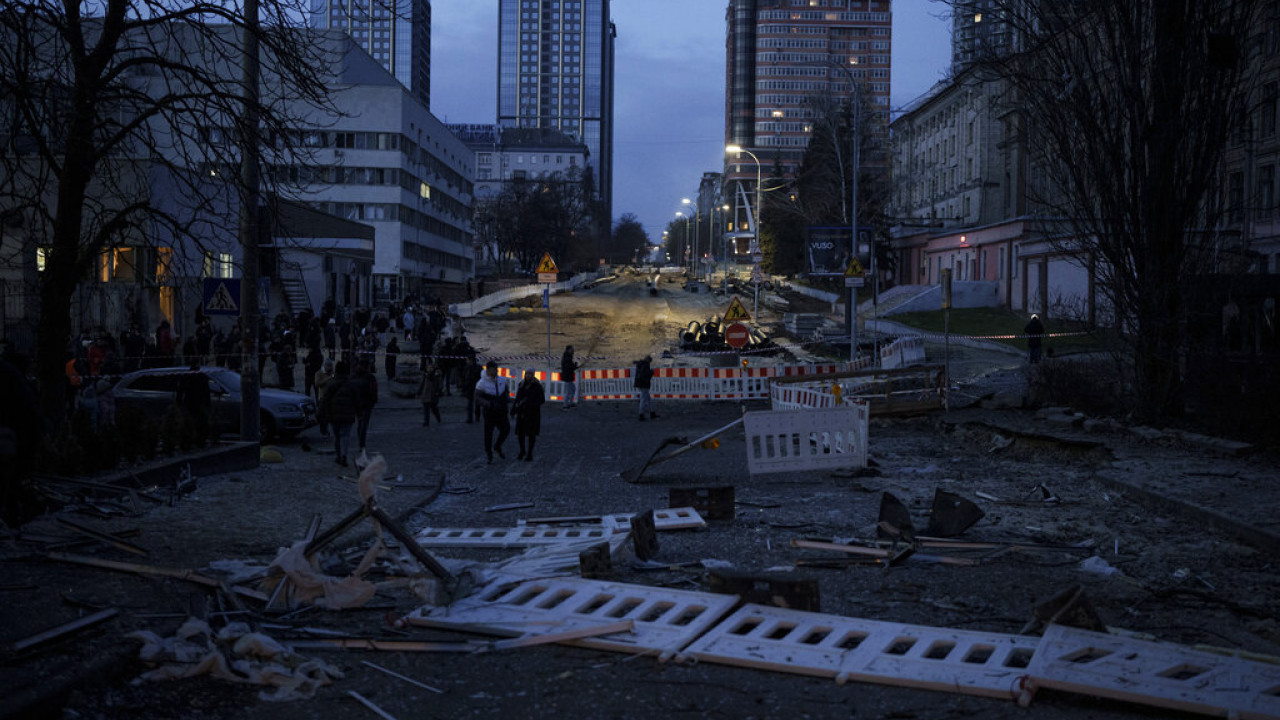 Ukraine: The hammering of Kiev by Russia continues with a series of raids

Russia’s armed forces targeted key infrastructure in a series of raids, mostly with kamikaze UAVs, in the early hours of today in and around Kyiv, Ukrainian officials said.

The pounding of Kiev continued for a second night in a row, following the launch of rockets and kamikaze drones on New Year’s Eve and yesterday.

“There is a lot of commotion in the region and in the capital: drone attacks at night,” Kyiv regional governor Oleksii Kuleba said via Telegram.

“The Russians sent several waves of Shaheds,” the commander continued, referring to the Iranian-made Shahed-136s. “Critical infrastructures were targeted. The anti-aircraft defense is in the works,” he added.

“Stay in the shelters!” demanded Serhiy Popko, the head of the regional military command.

As of 03:00 (local and Greek time), air defenses had destroyed 16 targets in the airspace of Kyiv, according to the city’s military administration. Air defense sirens screamed for over three hours.

The injured man was taken to a hospital in the Desnianski district, Mr. Klitschko clarified via Telegram, explaining that the debris fell on a road and caused damage to a building.

Kirill Tymoshenko, an adviser to the Ukrainian presidency, also spoke of damage to a building through the same platform.

Desnyansky, on the left bank of the Dnieper River, is the most populous of the Ukrainian capital.

The Ukrainian military also announced that in the eastern part of the country, nine UAVs were also destroyed in the Dnipropetrovsk and Zaporizhia regions.

Yesterday’s airstrikes killed four people in seven other areas of the country.

On the pro-Russian side, separatist authorities in the eastern regions yesterday reported a civilian death in shelling by the Ukrainian army in Yasinuvata, Donetsk. They also reported that the city of Donetsk and Makiivka were shelled, injuring at least 15 people.

The war in Ukraine is in its eleventh month and there is no sign that it is coming to an end.