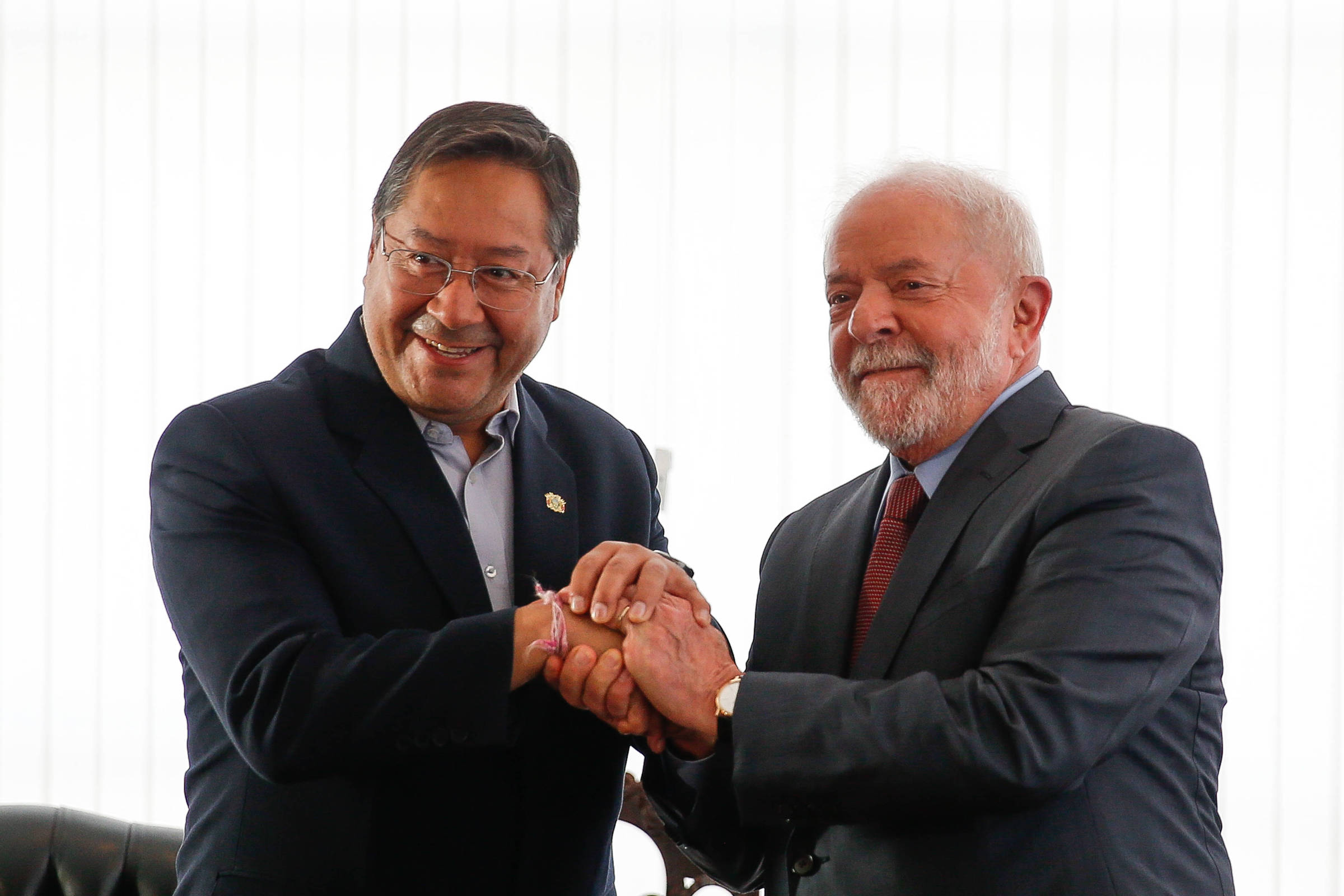 I will ask for Lula’s help to investigate Bolsonaro’s participation in the coup in Bolivia, says Arce

The president of Bolivia, Luis Arce, wants to use the proximity that his political current has with Luiz Inácio Lula da Silva (PT), now again in power in Brazil, to ask for help in the investigations into the period of Jeanine Áñez in charge of the country.

The current management believes that the Brazilian government under Jair Bolsonaro (PL) somehow helped the former interim president, who used a maneuver to take over in 2019 after the resignation of Evo Morales, in a period of deep institutional crisis and civil violence.

The topic is one of the long list that Arce says he has to deal with Lula and that motivated his presence at the inauguration of the new president; others include the management and protection of the Amazon.

Arce, 59, spoke to Sheet in Brasilia before meeting with the PT. With slow speech, very cautious in the choice of words, the politician differs a lot from Evo, whom he says he respects, but admits to having differences today. The current president was Minister of Economy of the historic leader, during which the country intensely reduced poverty (from 59% to 36%) in the so-called “Bolivian miracle” —Evo was also in office.

Close to completing three years at the head of the country, of a five-term term, Arce is trying to take advantage of a moment of respite after the end of the 36-day strike by the “civics”, a business and party organization in the Santa Cruz de La Sierra region. The arrest of its leader, the opposition Luis Fernando Camacho, however, has kept the country under tension.

Last time we spoke, Mr. he was suspicious of possible support from the now ex-president Jair Bolsonaro for the maneuver that brought Jeanine Áñez to power. What was done about this suspicion? We continue to investigate, and I have less and less doubt that there is a relationship between the coup d’état in Bolivia and Bolsonaro’s actions.

This is evident in several ways. From the bill he charged us for the new gas contract we signed, which was totally favorable to the Brazilian government, to his declarations of support for Áñez and the story of the planes that suggest a meeting of the two in Brazil during the setting up of the operation.

And why do these investigations take so long? Precisely because of the Bolsonaro government. To comrade Lula, we want to show all the hypotheses that we have raised and that we have been documenting during all this time. We hope that Brazil, with Lula, can collaborate more than the previous government. We lack information on this side to confirm our suspicions. Mainly that the coup d’état involved many more actors and was an illegally devised plan.

Mr. underwent a long treatment against cancer in São Paulo. Are you cured? Is this your first time coming to Brasilia as president? I love São Paulo and I’m going to miss it, I’ll have to come back as a tourist. But luckily I am completely cleared by the doctors. Brasilia would not have come if it had not been for Lula’s inauguration. It’s because I have a lot to discuss with him that I’m here. Otherwise, it wouldn’t come.

I’m sure they will completely change relations between Bolivia and Brazil. So much so that we are going to have an ambassador here again [até agora, havia um encarregado de negócios]. The relationship will improve.

How to explain the recent arrest of the opponent [de direita] Luis Fernando Camacho [governador da província de Santa Cruz de La Sierra]? In 2020, when a case was opened against him and against several of those who participated in the coup, many of those involved went to court. Even if it was not to say anything, which is also valid —[o ex-presidente] Carlos Mesa, for example, was called and said nothing, but it is his right, he did the right thing.

Camacho refused to appear for the four subpoenas. Today, there are videos on the networks in which he confesses to having participated in the plan to put Áñez in office. And, as if that were not enough, everyone saw him on the terrace of the Quemado Palace [sede do governo boliviano] with the Bible in hand. The evidence of his participation is evident.

Yes, he even gave statements to journalists. For then, there was no hiding his participation. There’s no way to gauge the degrees of involvement, but there’s no doubt that he was in on this attempt destabilizing, to say the least.

Now his possibilities to evade justice were running out, so he and the “civics” [organização de empresários e políticos de Santa Cruz de la Sierra] started the strike against the Census —that is, to advance the Census that is scheduled to take place in 2024.

But the complaint is for a greater transfer of funds and greater representation in Congress to the region, in case the local population has grown. Isn’t it fair? We need to respect the calendar and the institutions. It is not because a province sees itself being wronged that we are going to change a date on which there is already consensus. [Se querem alterações] that they take this debate to Congress, let’s debate it through legal channels.

The reasons may exist, but I am convinced that Camacho and his supporters raised this ball just to postpone his arrest — and it was more than a month of strike, with institutions at a standstill, people unable to work, carry out procedures. I don’t think this is the way to go.

Did the strike get out of hand? There were excesses, yes. Vandalism, fire at the headquarters of a bank. It is a difficult subject in my government to deal with the so-called “civics”. I would say that has been my main difficulty so far.

The Amazon will certainly be one of the topics of your conversation with Lula. How do you see his entry into this debate? I agree on the issue of preservation, obviously there is a joint effort that must be carried out. But we have a large population that lives in the Amazon region and that needs to be attended to, so preserving and giving the residents a dignified life are things that must go hand in hand. And that is expensive, there are regions where there are fires that we can only put out from the air. We don’t have those resources.

But I also learned that Bolsonaro has been rejecting aid from other countries. We must start by accepting these values, to make the life of this Amazonian population sustainable and dignified. We cannot think that money that comes from outside is interference if we are the ones who are going to administer it. I, in my country, cannot do anything in which the Amazonian population does not participate — and I will listen to them, as I have already been doing.