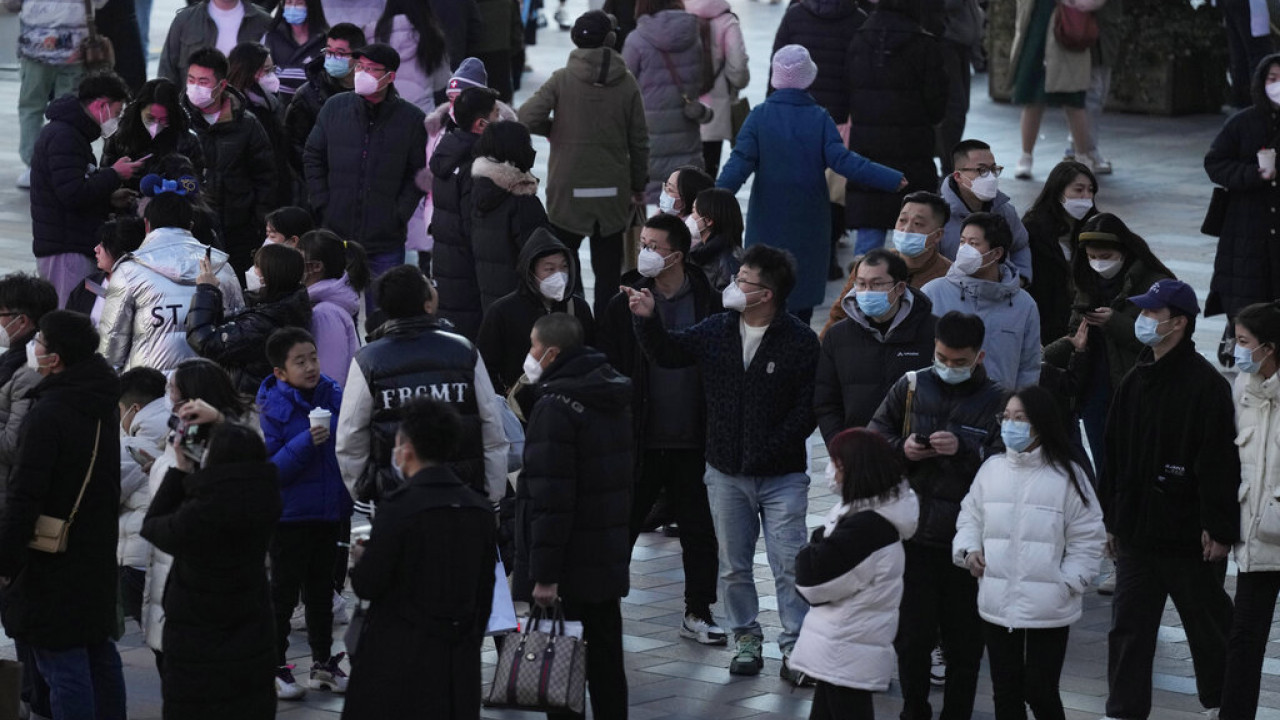 Not very reliable data, fragmentary estimates and concern about the emergence of new mutant strains: China is facing an outbreak of covid-19 after the lifting of strict health restrictions, which is causing concern in many countries.

Beijing has admitted it: after the abolition in early December of diagnostic tests for covid, which until then were carried out on a large scale, it is now “impossible” to accurately record the number of cases in the country.

The National Health Commission has stopped publishing daily data on covid cases and deaths. The Chinese Center for Disease Control and Prevention (CDC) has since taken over, but starting next week it will release the data once a month.

The authorities have recently changed the criteria for deaths due to covid. Thus, since December 7, only 15 deaths from the disease have been recorded, in a total of 1.4 billion inhabitants.

At the same time, hospitals and crematoria are struggling to cope with the increased number of covid patients and deaths.

Chinese authorities admitted last week that they are collecting “much less” evidence than when they were conducting large-scale testing.

To “fill in the gaps” in the statistics, authorities are relying on online polls, the number of hospital visits, demand for anti-pyretic drugs and calls to the emergency hotline, said Yin Wengu, an official in charge of disease control. diseases.

Many countries, including the US, Australia and Canada, have cited a lack of transparency in Chinese data to justify their decision to require travelers from China to undergo PCR testing.

Some local authorities have started to release data, such as in Zhejiang province, which borders Shanghai, where they estimated last week that there were one million new cases of covid every day.

In Hainan province, authorities on Friday estimated more than 50% of residents infected with covid, while in the cities of Juzhou and Zhushan, it was estimated that at least 30% of residents have been exposed to the new coronavirus.

One of China’s top epidemiologists, Wu Zunyu, said Thursday that the peak of the epidemic in Beijing, Chengdu and Tianjin has passed.

So is the situation in Shanghai, where 10 million of the city’s 25 million residents appear to be infected, today with epidemiologist Zhang Wenhong, a figurehead in the fight against the epidemic.

However, it is difficult to form a comprehensive picture of the epidemiological situation at the national level. Figures leaked from a meeting of health authorities last month suggested 250 million infections in the first 20 days of December.

The British medical analysis company Airfinity, which estimates that there are 1.8 million infections and 11,000 deaths from covid every day in China, expects 1.7 million deaths by the end of April.

Many countries are also concerned about the possibility of new mutated strains of the coronavirus appearing, although none have been identified so far.

According to Su Wenbo, a CDC official, a new national database is being compiled from the collection of samples from the hospitals.

The Omicron subvariants, BA.5.2 and BF.7, remain dominant in Beijing, he said, responding to concerns that the Delta strain, considered more dangerous, is still circulating. Omicron also prevails in Shanghai.