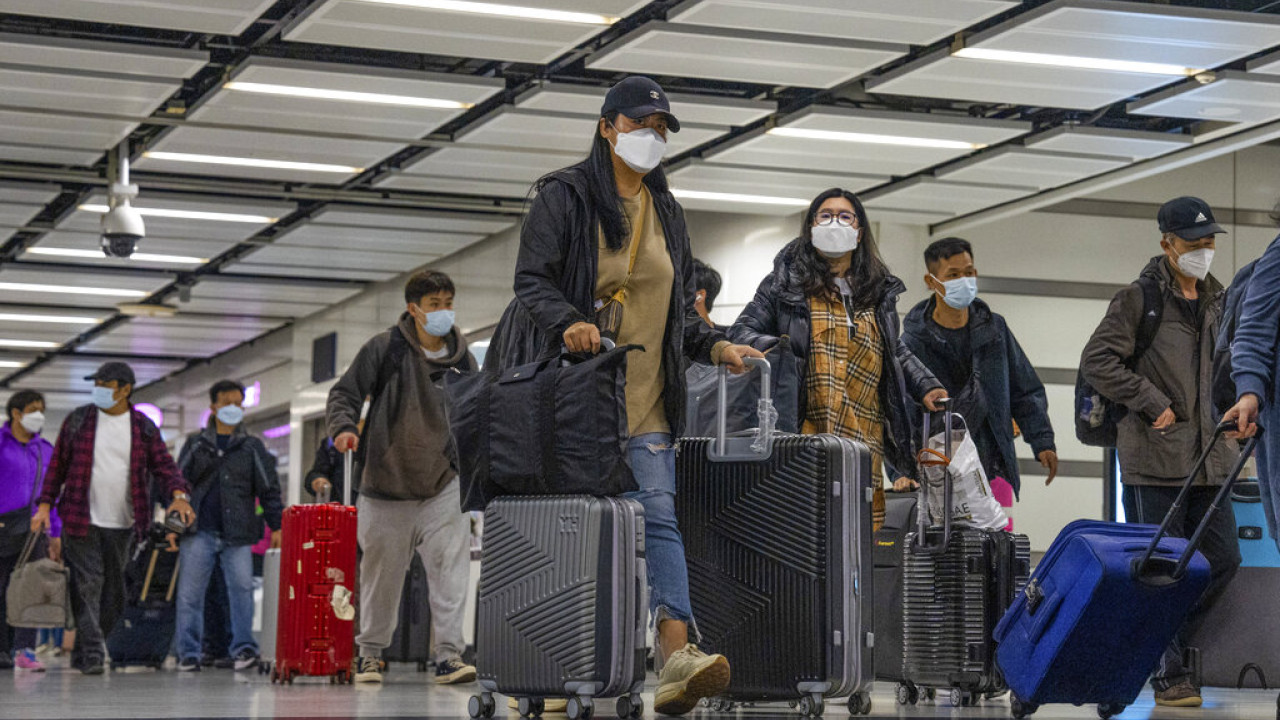 After three years of some of the world’s draconian restrictions, China last month lifted most of its measures to combat the pandemic

China is lifting its mandatory quarantine for travelers from abroad today, ending three years of self-imposed isolation as it grapples with a surge of Covid-19 cases at home.

After three years of some of the world’s most draconian restrictions, which battered its economy and ended with nationwide protests, China last month lifted most of its measures to combat the pandemic.

Last act of this relaxation: the end today Sunday of the strict quarantine in hotels to which he submitted since March 2020 all those coming from abroad.

Originally lasting three weeks, the quarantine was reduced to one week in the summer and five days in November.

The announcement in December of the lifting of the quarantine led to many Chinese making plans to travel abroad, with a spectacular increase in traffic on booking websites.

At Shanghai’s Pudong International Airport, a woman, Pang, told AFP she was happy with the easing of regulations.

“I think it’s really good that the policy has changed now,” he said.

“It’s a necessary stage, I believe. Covid has normalized now and after this hurdle, everything will be fine,” he added.

But the prospect of a mass influx of Chinese tourists has led a dozen countries to impose SARS-CoV-2 tests on travelers from China, where the number of infections has soared since the abrupt end of a “zero-Covid” policy that had been pursued without interruption. for three years.

Beijing has condemned the travel restrictions imposed on Chinese nationals as “unacceptable”, although China itself has remained largely closed to foreign tourists and students since 2020.

Both the Netherlands and Portugal yesterday, Friday, became the latest countries to date to require passengers from China to present a negative test for Covid-19 upon arrival.

The outbreak is expected to worsen as the Chinese New Year holiday approaches at the end of January, during which millions of people are expected to leave the big cities for the countryside to visit their often elderly and vulnerable parents.

And China has taken steps to curb criticism of its chaotic path to exit its “zero Covid” policy. Weibo, China’s Twitter, said it recently banned 1,120 accounts for “offenses against experts and academics”.

Today at Beijing airport, the barriers separating international arrivals from domestic arrivals were removed, as were staff in protective gear, a necessary element of life in “zero-Covid” China.

And at Shanghai airport, a man, Yang, who arrived from the United States said he had not been told the rules had changed.

Major Asian destinations are expecting an influx of Chinese visitors.

In Seoul, Son Kyung-rak is already preparing to welcome a wave of Chinese visitors. “We’re trying to increase stocks,” he says from the stall of his creperie in the Myeongdong district. “Chinese tourists are our first customers.”

In Tokyo, itinerant painter Masashi Higashitani refreshes his knowledge of Mandarin for his returning Chinese clients.

Although he is looking forward to seeing them again, he says he also fears that “we will have to be more careful about the measures against the virus”.

In Hong Kong, strict restrictions on travel to and from the rest of China were also eased from today.

Hong Kong’s recession-hit economy is desperately trying to get back on positive ground, and families are eagerly anticipating Chinese New Year gatherings.

Up to 50,000 Hong Kong residents can now cross the border daily at three land checkpoints after registering online.

In addition, another 10,000 people are allowed to enter by sea, air or bridge without having to register in advance, Gov. John Lee said.

Today, at the Lok Ma Chau checkpoint near the city of Shenzhen, a student from mainland China, Zheng, told AFP he was happy to be able to pass without restrictions.

“I’m happy as long as I don’t have to go into quarantine — it was unbearable,” he says.

He tells the agency he was confined to a quarantine room, with a weak internet signal, for 21 days the last time he went to the mainland in early 2022.