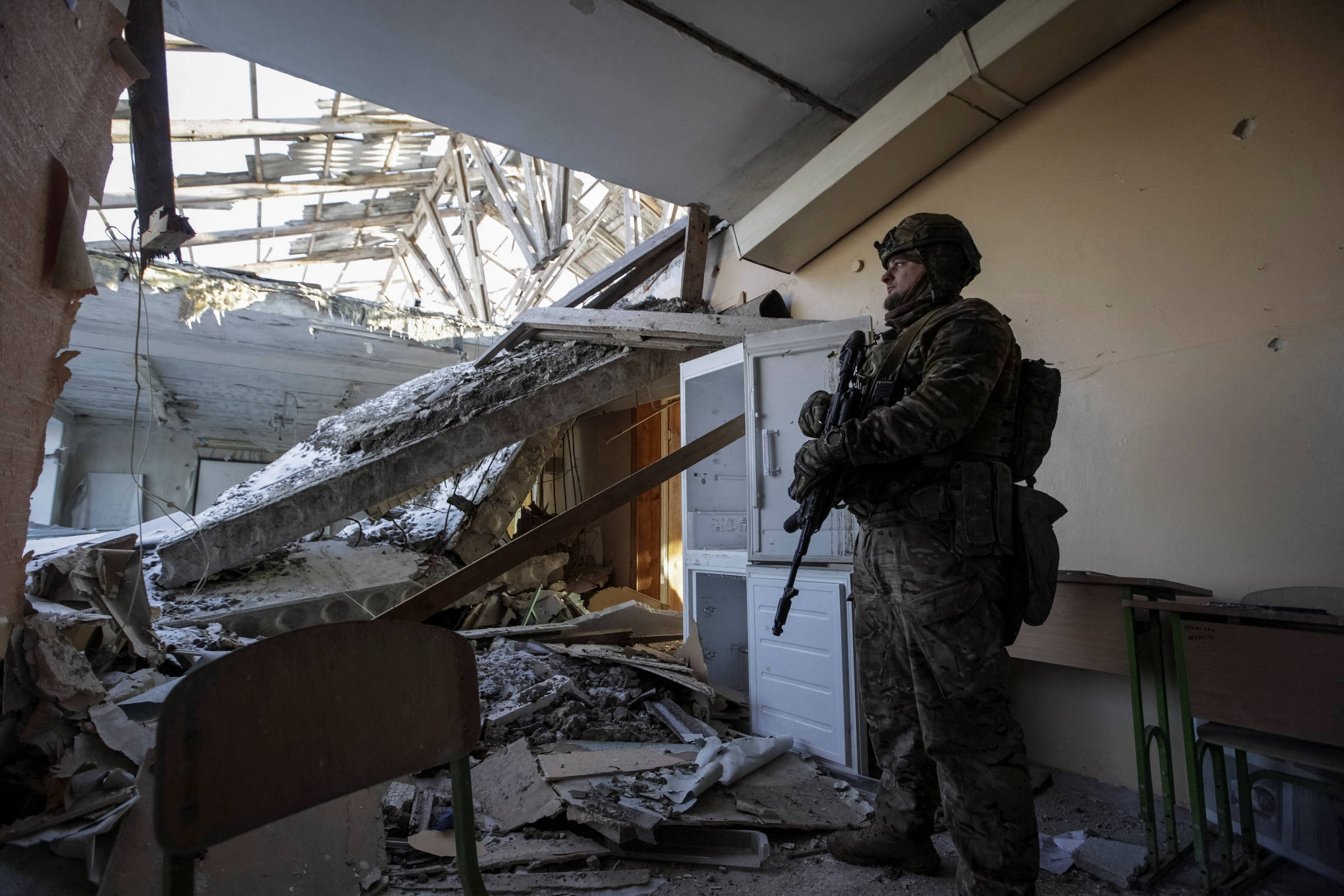 After reports that it would have disobeyed its own ceasefire promise, Russia officially ended its unilateral truce and resumed massive bombing of Ukraine this Sunday (8). The Russian Defense Ministry said it killed more than 600 Ukrainian soldiers when it attacked a temporary troop residence in Kramatorsk in the east.

According to Moscow, the offensive is revenge against an attack by Kiev on New Year’s Eve that killed 89 Russian reservists in Makiivka, a city adjacent to Donetsk – capital of the homonymous province under control of Russian separatists since 2014. The count could not be verified. independently by news agencies, and Ukraine has not yet commented on the case.

According to the Ukrainian army, at least two people died in attacks at dawn in Kharkiv, located 450 km from the capital Kiev, and in the province of Donetsk, in the east – where nine missile impacts were recorded in the last few hours.

Explosions were still heard in the virtually deserted streets of Bakhmut, a city also in the east that today is one of the most intense battlegrounds, and in the city of Zaporizia, capital of the homonymous region, in the south.

Meanwhile, Kiev, which had rejected the truce as mere military diversion, bombed two Moscow-controlled thermoelectric power plants in the towns of Zuhres and Novyi Svit, also in Donetsk. According to information from the official Russian news agency Tass, the attack on Novyi Svit resulted in the death of a woman, whose body was removed from the wreckage.

Lugansk Governor Serhiy Haidai said on TV that the region is the scene of intense fighting, and that Russian forces had used their most combat-ready units and heavy equipment in the town of Kriminna, which they occupy, which he said means that the Russians are gradually retreating in the region. With nighttime temperatures dropping as low as -17°C, he added that combat would soon escalate as the ice meant it was easier to move heavy equipment.

Started at 11 am on Friday (6) local time in Kiev, and ended at 11 pm on Saturday (7), the ceasefire announced by Russia was aimed at celebrating the Christmas of the Orthodox Church, celebrated according to the old Julian calendar in Saturday (7). The proposal came from one of Putin’s most influential allies, Russia’s church patriarch Cyril.

Kiev follows its own Orthodox denomination, born out of a schism tempered by the dispute between the countries in 2019. This year, it allowed Christmas to be celebrated on December 25th. Even so, part of the population respected the original tradition, attending churches and cathedrals en masse.

Facebook
Twitter
Pinterest
WhatsApp
Previous article
Towards a radical turn for Erdogan against Assad? Putin’s role, the “big losers”
Next article
The leading internationalist Christodoulos Giallouridis has passed away