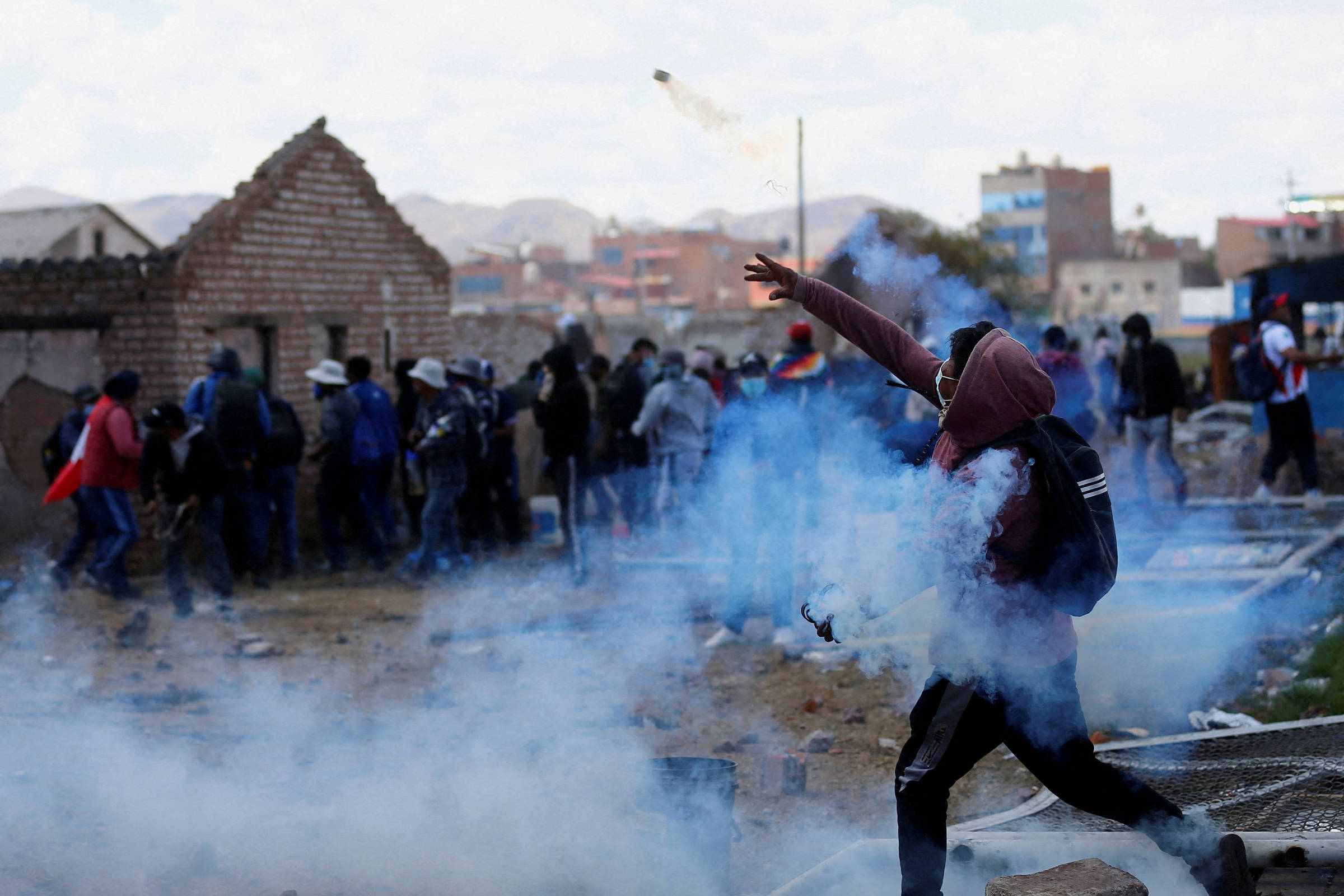 The Peruvian government decreed this Tuesday (10) a three-day curfew in the city of Puno, the new epicenter of the protests against President Dina Boluarte that have gained support in recent days and that have aggravated the crisis that has plagued the country since the removal of Pedro Castillo from the Presidency.

The measure is a response to cases of violence related to the protests. The day before, at least 17 people died in clashes between demonstrators and police in the Juliaca region, 60 km from Puno. In addition to them, a newborn baby who could not be taken to a hospital because the road was blocked also lost his life, according to the Peruvian Public Defender’s Office.

The curfew will come into effect later on Tuesday, from 8 pm to 4 am local time, said Peruvian Prime Minister Alberto Otárola. At first, the measure will be valid for three days.

At least 39 people have died since the protests began in December. Despite the violence, protests persist this Tuesday with road blocks in six regions of the country. According to the Superintendence of Land Transport of People, Cargo and Goods, at least 53 stretches of road were blocked in Puno, Cusco, Apurímac, Arequipa, Madre de Dios and Amazonas.

Protests against Dina have regained support after a two-week truce over the holiday season. Protesters demand the resignation of the current head of the Executive, the dissolution of Congress, changes to the Constitution and Castillo’s release.

Former vice president of Castillo, Dina is called a traitor by protesters against her government. In an attempt to contain the protests, last month she declared a state of emergency and signed a decree for the Armed Forces to join the police in repressing the acts.