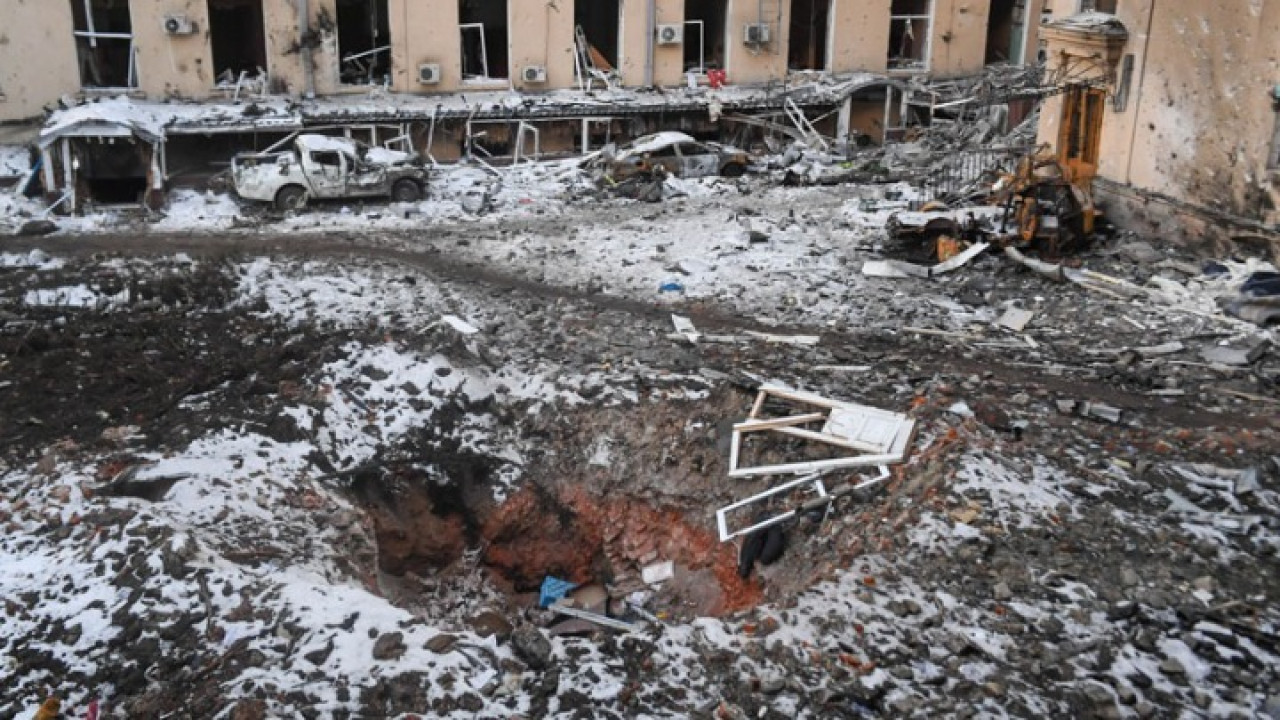 An AFP journalist heard a series of explosions in Kharkiv, which has recently been the target of Russian strikes more rarely.

“The longer this decision is delayed, “the more the victims will be”, “the more the dead will be among the civilians”, hammered the Ukrainian Foreign Minister Kuleba.

An AFP journalist heard a series of explosions in Kharkiv, which has recently been the target of Russian strikes more rarely.

“Stay in the shelters. The occupation forces are shelling once more,” Oleg Sinegubov, the governor of the region of the same name, warned via Telegram.

It is not known if there have been any casualties so far.

Earlier on Tuesday Mrs Burbok went to the war-torn town, near the border with Russia. With her Ukrainian counterpart at her side, she assured that Kyiv can count on Germany’s “solidarity” and “support”. He added that he brought a “new package” of aid, 20 million euros for the removal of minefields and the neutralization of explosives and another amount for the development of Internet access infrastructure through Starlink. He also announced new deliveries of generators for the Ukrainian energy infrastructure, which since the end of last year has been systematically bombed by the Russian military.

Ukraine, for its part, is demanding Western-made main battle tanks be sent to it, with Berlin yet to give the green light to the supply of Leopards.

Kharkiv was repeatedly bombed when the war broke out, but Ukrainian forces were able to hold the city. The battle front has now moved away, it is about 130 kilometers from its borders. For Mr. Kuleba, it is a “symbol of the successful Ukrainian counterattacks”, which according to him “proves that Ukraine can win (the war) with sufficient help from its partners”.

Ms. Burbok assured that Kyiv can be counted on to deliver the weapons it needs to “liberate” the citizens of Ukraine “who are still suffering from the terror of Russian occupation.”

After months of discussions, Germany recently announced that it will send 40 Marder-type armored fighting vehicles (APVs) to Ukraine by spring.

But in Chancellor Olaf Solz’s coalition government the Greens — Ms Burbok’s party — and the Free Democrats are increasingly vocal in favor of supplying Kyiv with Leopard tanks.

“I have no doubt that Ukraine will receive German Leopard tanks, as the (German) federal government is well aware that this is necessary,” Mr Kuleba said yesterday.