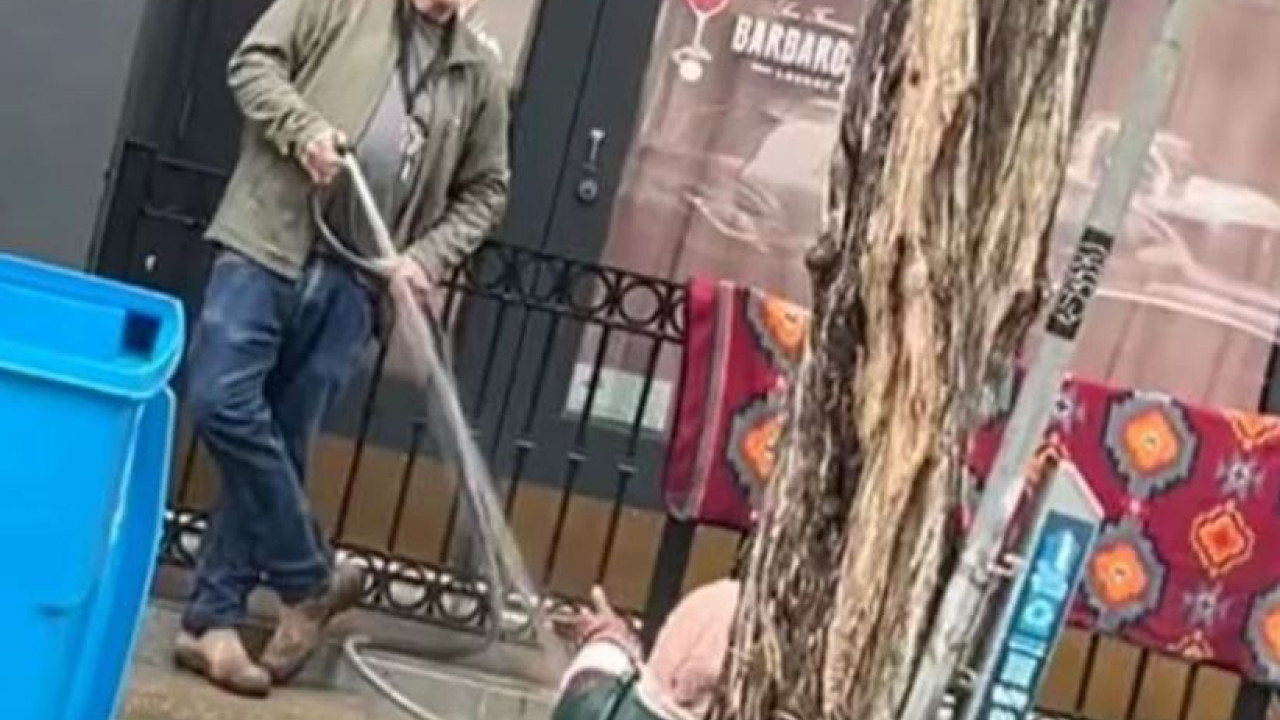 Unthinkable incident in San Francisco: Homeless man fell down for sitting across from his business

The video made the rounds on the internet and caused anger and sadness in many citizens, even raising concerns about the way in which the homeless are treated.

Global sadness and anger has been caused by the video that has been going around the world in the last few hours and shows a gallery owner dousing a homeless woman with a garden hose, annoyed because he saw her sitting outside his business.

The event undoubtedly raises concerns about the treatment of homeless people in San Francisco, notes the Guardian.

Collier Gwin, owner of Foster Gwin Gallery in downtown San Francisco, admitted to the San Francisco Chronicle that he threw water on the homeless woman who was sitting on the sidewalk in front of his business.

The video was taken on Monday morning by the owner of a nearby bakery.

It shows Gwin pouring water on the woman, who cries out in surprise.

In a calm voice, Gwin then tells her, “Just move,” before soaking her again.

The Guardian was unable to verify the identity of the victim.

As captured in the video is a black lady, who according to local business owners in the neighborhood, has appeared in the area in the past.

Gwin did not immediately respond to the Guardian’s request for comment.

In an interview with the Chronicle, however, he expressed no regrets, saying: “My only regret is that … my way of helping her in any way I can is not working.”

“It’s really hard and cold. And I think most people who saw the video were shocked by the cruelty and lack of understanding of what he did,” said Jennifer Friedenbach, executive director of the Coalition on Homelessness.

For its part, San Francisco police confirmed they responded to a call about the incident on Monday.

“Officers took statements from both sides who declined further police action at the time,” a department spokesman said.