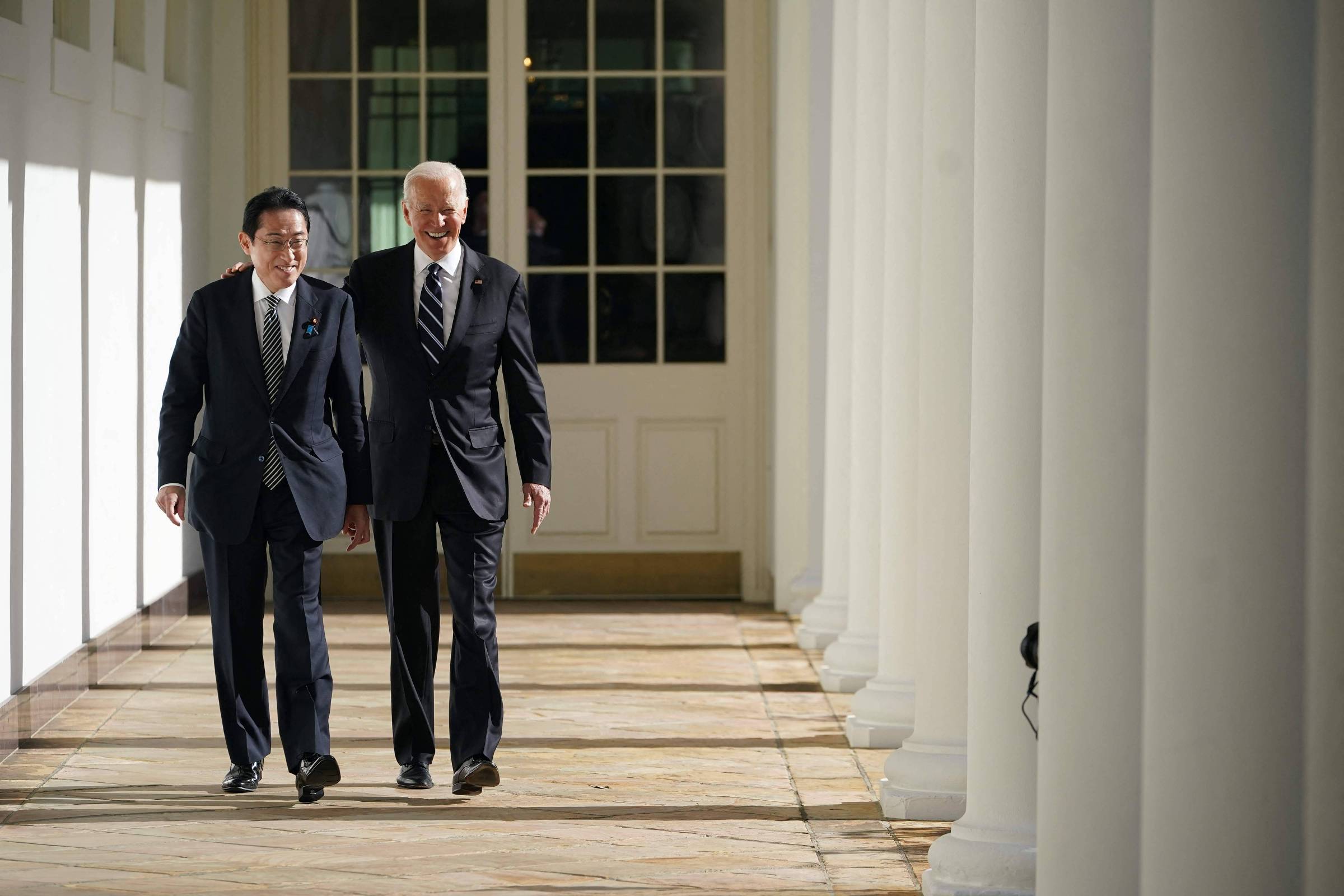 Amid growing militarization in East Asia, Japanese Prime Minister Fumio Kishida went to Washington this Friday (13) to meet with US President Joe Biden.

This is the first meeting of the two leaders since the announcement of Japan’s new national security strategy, released in December, which ends up burying the pacifist pretensions of the country’s post-war Constitution and, in practice, prepares the nation for continuous conflict. The change in view of Tokyo’s role in the world comes amid concerns about China’s expansionist ambitions in the region.

With a military budget of US$ 320 billion (R$ 1.6 trillion), the strengthening of Japanese defense includes the purchase of missiles capable of reaching China and places the country in the third position in the ranking of highest military expenditures —just behind the USA and China. Beijing’s main adversary on the global stage, Washington broadly supports Japan’s new national security strategy.

Added to this scenario is the War in Ukraine and the fear that China will promote something similar with Taiwan. Kishida has been repeating that “the Ukraine of today can be the Asia of tomorrow”. Before going to Washington, he had a telephone conversation with Ukrainian President Volodymyr Zelensky and was invited to travel to Kiev.

According to the White House, on the agenda for the meeting with Biden is the increase in partnership between the countries on issues ranging from combating the climate crisis and space cooperation to North Korea’s nuclear program, the invasion undertaken by Russia and “maintenance of the stability in the Taiwan Strait”.

Japan still has open territorial conflicts, both with Russia, in relation to the Kuril Islands —now occupied by Moscow—, and with China, in the Senkaku Islands —currently uninhabited. The Japanese government’s new security strategy follows the line adopted by Shinzo Abe, the former prime minister who died last year, who created a government focused on strengthening the Asian country’s defense.

Over the course of the week, the US and Japanese foreign and defense ministers met, and the Pentagon announced plans to assign a new military regiment to the Japanese Navy that would increase its naval missile capabilities. “The ministers agreed that China’s foreign policy seeks to reshape the international order to its benefit and employ its growing political, economic, military and technological power to that end,” says a joint statement released by the American and Japanese ministers. “This behavior is of great concern to the Alliance and the wider international community and represents the greatest strategic challenge in the Indo-Pacific region and beyond.”

Tokyo assumed the presidency of the G7 and will host the next meeting of the group, which will take place between May 19 and 21, in Hiroshima, attacked with an atomic bomb by the Americans at the end of World War II.

This Friday, the presidents are expected to discuss a visit by Biden to Nagasaki, another city attacked in the war with a nuclear bomb, in what may be the first time that an American president has visited the place – Obama had already gone to Hiroshima in 2016.

Passing through Washington is the final stop on a Kishida tour of western powers. Earlier, he went to France, Italy, the United Kingdom and Canada, where he also focused on the military industry and discussed nuclear energy. It is also an attempt to show strength, as he faces a series of internal scandals, with resignations of ministers and doubts about how much longer he will be able to remain in office.

The American president and the Japanese prime minister have been in constant contact. Since September 2021, when the Asian leader took office, they have met at least six times, one of them in Tokyo in May last year, and they have spoken by phone or video conference at least nine times.

Facebook
Twitter
Pinterest
WhatsApp
Previous article
A family of six was killed in an explosion from a gas leak in Iran
Next article
Karamanlis for Development Plan: We are laying the foundations for the geostrategic role of Thrace – The 3 pillars of development