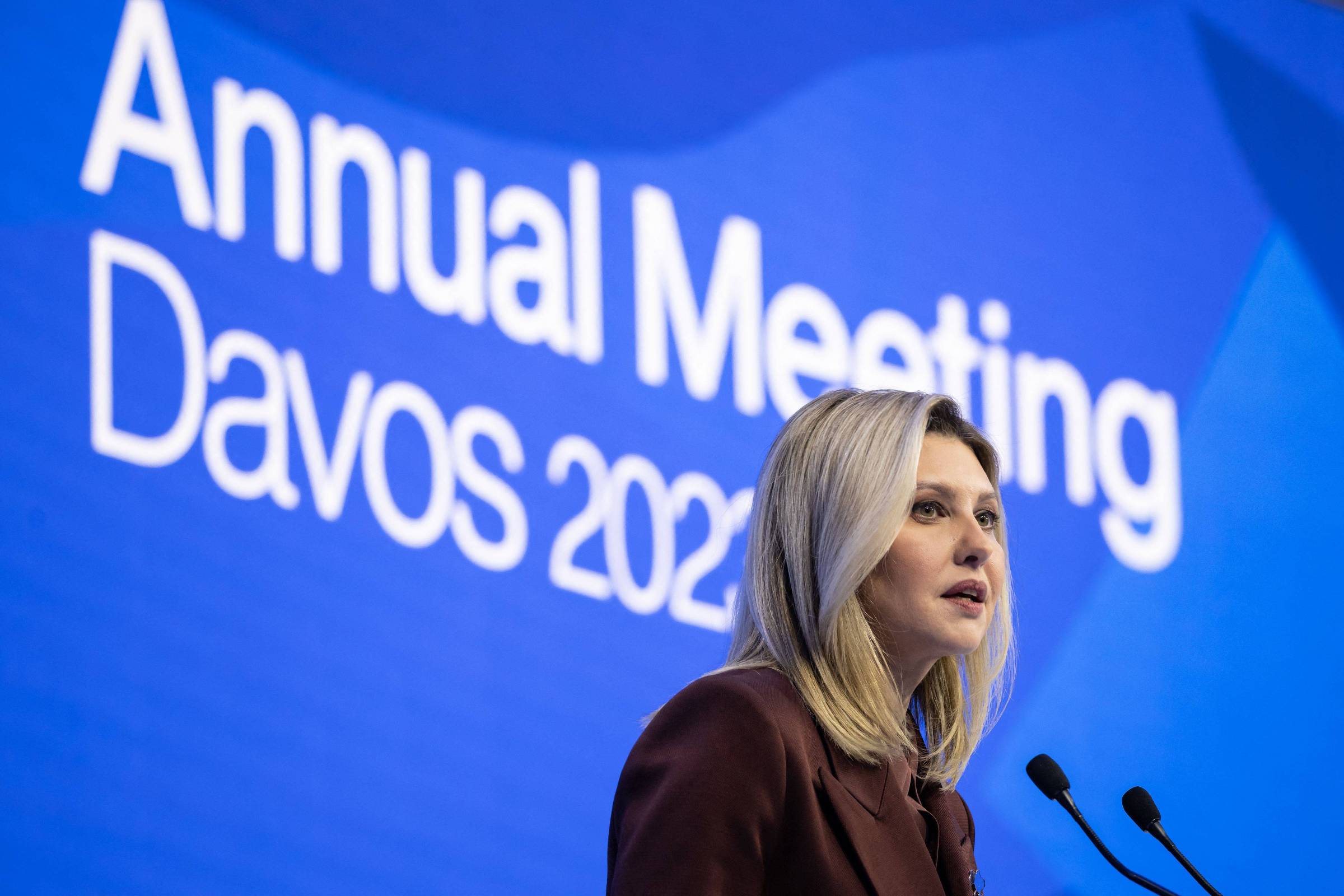 Russia could lead to the collapse of the world as we know it, says Zelenska

The world must unite for peace. It was the appeal of Olena Zelenska, first lady of Ukraine, when speaking at the annual meeting of the World Economic Forum, in Davos, this Tuesday (17).

In an emotional tone, the wife of the Ukrainian president, Volodymir Zelensky, explained the risks of the conflict with Russia, which is close to completing a year, expanding beyond the Ukrainian borders.

“There are no limits for Russia,” said Zelenska, who handed letters from her husband to several leaders present in Davos, including Chinese Deputy Prime Minister Liu He.

“How can the world achieve climate neutrality if it cannot stop Russian aggression?” asked the first lady, describing the human dramas caused by Russian missile and drone attacks.

“This aggression could lead to a global threat and the collapse of the world as we know and aspire to it,” he said, citing as examples the refugee crisis, the nuclear threat and the rising cost of living, in addition to the deaths of thousands of civilians.

The First Lady’s appeal was echoed in the words of the President of the European Commission, Ursula von der Leyen, on the same stage in Davos.

After praising the people of Ukraine for their “moral and physical courage”, Von der Leyen recalled that “Europe came together when it mattered most” and that “it will always be with the Ukrainians”.

The president also reiterated the European Commission’s announcement on Monday that it is delivering €3 billion (R$16.7 billion) in financial aid to Ukraine, part of an €18 billion support package in 2023.

Facebook
Twitter
Pinterest
WhatsApp
Previous article
SYRIZA submits its own legislative proposal to exclude convicted gold diggers from the elections
Next article
Survivor All Star: Supplies run out and players reach their limits – Watch the trailer