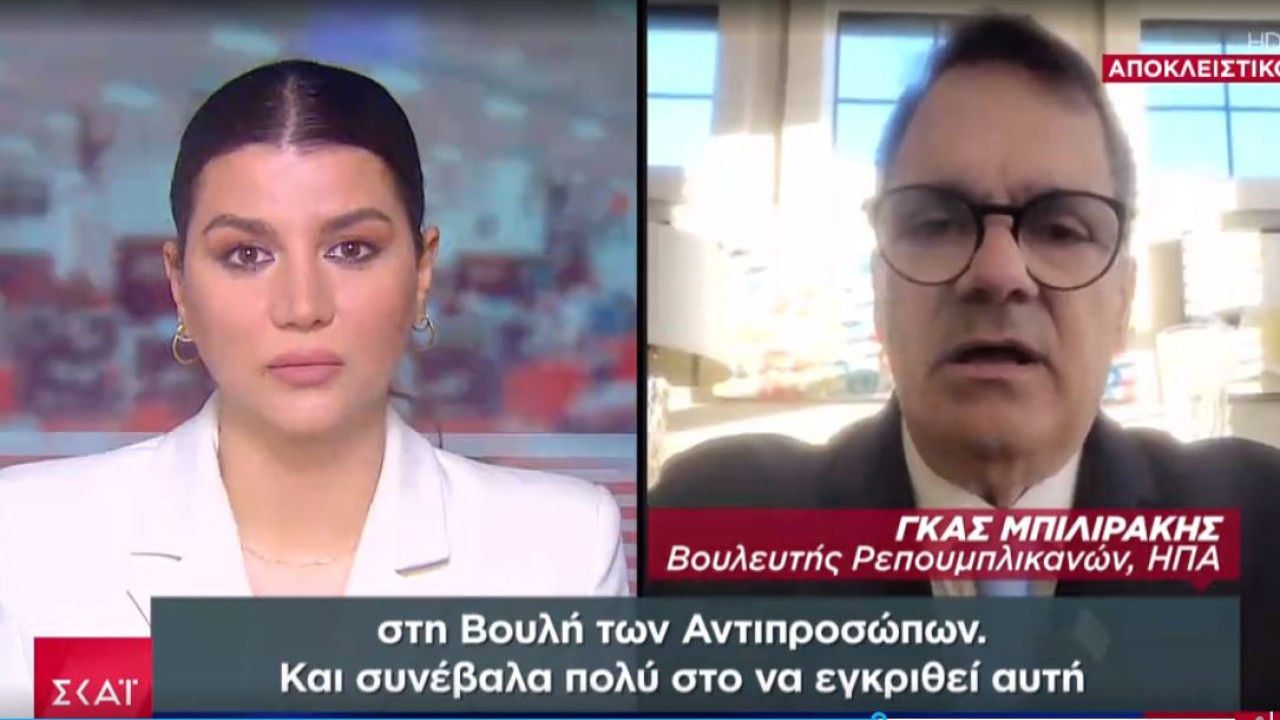 Gas Bilirakis on SKAI: There is not a great chance that Turkey will receive the F-16s

The Greek lobby in the US is on full alert.

The Greek-American parliamentarians even state that they will do everything in their power to prevent Turkey from buying fighters which it systematically uses against Greece.

The MP Gas Bilirakis spoke to SKAI about the climate and the balances as they are taking shape at the moment.

Mr. Bilirakis, you were one of the many voices that stated that Congress will not return the sale of F-16 fighters to Turkey. What are you planning to do?

Well, we intend to put pressure on the leadership, both Republican and Democratic, to prevent that from happening.

I have already spoken to the Armed Services Committee and they tell me that there is not much chance that Turkey will receive the F-16s in the near future.

I’m not going to take it for granted. We will continue to work and stop it like we stopped the F-35.

All must be approved by Congress. And we have some really strong fighters in the United States Congress.

Have you discussed with your colleagues how to prevent the sale of these fighters to Turkey?

As you know, we passed an amendment to prevent the sale in the House of Representatives. And I was very instrumental in getting this amendment passed so that there would be no sale.

This proposed sale, as far as I’m concerned, is not going to happen.

We have gained a lot of ground in recent years educating people and the fact that the prime minister did such a great job and the joint session of Congress made a huge difference.

The world knows what kind of ally Greece is.

So I’m working behind the scenes with Democrats and Republicans to make sure they know what a defender Greece is for the United States, but also for NATO. And it should be rewarded.

Why do you think the Biden administration wants to deliver f-16 to Turkey?

I don’t know..I’m telling you the truth. As long as we have the support of Congress, we can stop this.

F-16. Now, what is the reason you have to ask them? But again, there is no excuse, no excuse.

Is there a chance that the Turkish Foreign Minister will bargain for Sweden-Finland joining NATO so that Ankara can get the F-16s?

Well, I’m sure that. That’s what they’ll probably say. And, you know, the other thing is, we know that Erdogan’s word is not good. So whatever they say to the government, you know, will fall on deaf ears.

Why don’t we believe them, we know who Erdogan is and what he has done for Greece.

The sale should not take place. And I will do everything in my power to prevent that.

Facebook
Twitter
Pinterest
WhatsApp
Previous article
BTG obtains injunction not to return BRL 1.2 billion to Americanas
Next article
Pre-election… delirium Erdoğan: He puts Greece and the Kurds “in the same basket” as enemies!