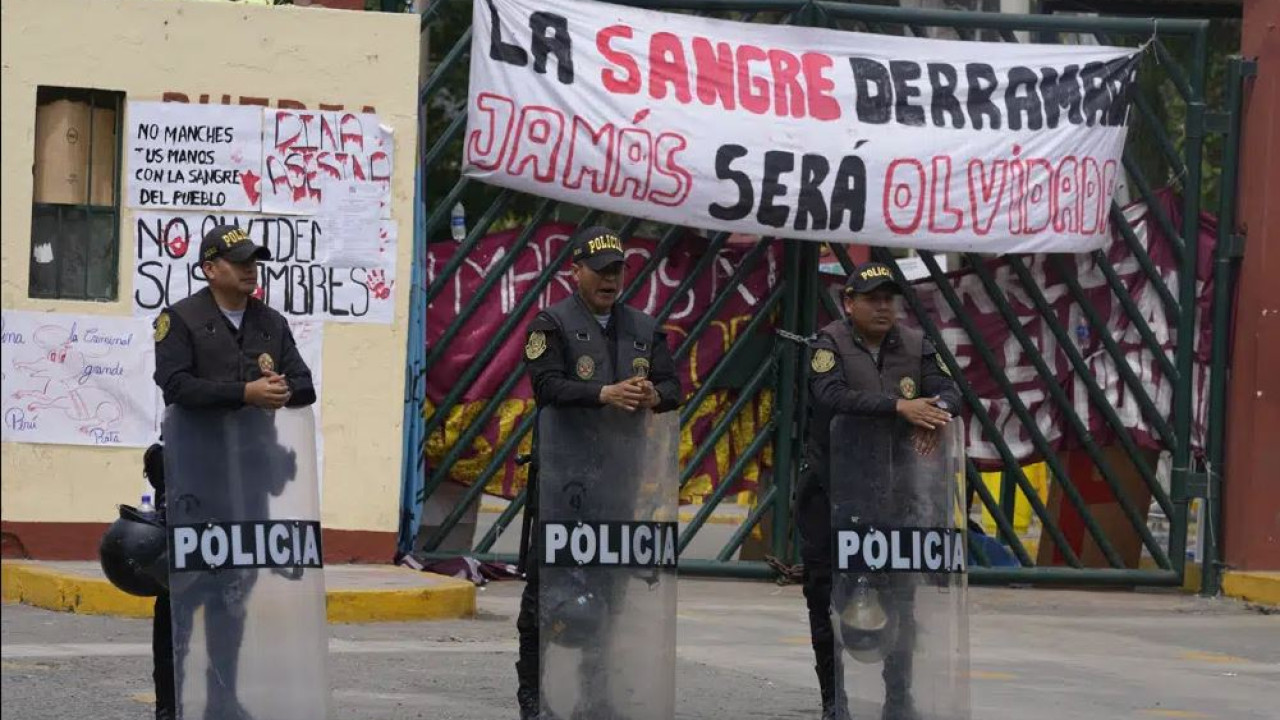 As of Thursday afternoon, Peruvian authorities have extended the state of emergency to the Peruvian Amazon (east), Tacna (south) and the La Libertad region (north).

Violent incidents unfolded in Arequipa, the country’s second largest city. Protesters threw stones at security forces and set fires near a bridge as they tried to get to the airport – which remains closed. Security forces used tear gas, according to an AFP photographer.

Clashes also broke out in Puno (south), where protesters set fire to a police station (since police had earlier abandoned it) and a customs office in Desaguadero, near the border with Bolivia. Riots also occurred in the La Libertad region, in the northwestern part of the country.

As of Thursday afternoon, authorities have extended the state of emergency imposed in Lima, Cusco, Callao and Puno, the Peruvian Amazon (east), Tacna (south) and the La Libertad region (north).

In the capital Lima, thousands of protesters marched against President Dina Bolluarte, chanting slogans such as “Dina, murderer” and “This democracy is not a democracy, Dina, the people disown you.”

Wearing a white straw hat and pink skirt, 50-year-old Olga Mamani tells the TV camera: “We demand the resignation of Dina (Boluarte). If he does not resign, the world will not be quiet.”

45-year-old farmer Antonio Huaman vows he won’t give up until President Bolluarte steps down. “We will stay here (…) we are Chanka warriors,” he says, chewing coca leaves he carries in a small plastic bag.

The airport of Cusco, Peru’s tourist capital, reopened at noon on Friday. However, train services to and from Machu Picchu (the iconic monument of the Incas) are still not operating. More than 300 tourists remain stranded in the area.

The death toll from the unrest since the new political crisis broke out in Peru on December 7 has reached 45.

The crisis once again highlights the huge gap between the capital’s political and economic elite and the poor provinces, where many support former president Pedro Castillo and saw his election victory as revenge for the contempt and racism experienced by the aborigines.

After Castillo’s ouster, arrest and pretrial detention, he was succeeded in the presidency by Dina Bolluarte. Many of her predecessor’s supporters, however, rose up and took to the streets, demanding the resignation of the new president (including accusing her of treason), the dissolution of Congress, the change of the Constitution and the release of Castillo.

Facebook
Twitter
Pinterest
WhatsApp
Previous article
Ramstein Summit: The allies did not find it for the Leopard mission in Ukraine
Next article
USA: Three police officers and two nurses pleaded not guilty to the death of 23-year-old African-American Elijah McClain