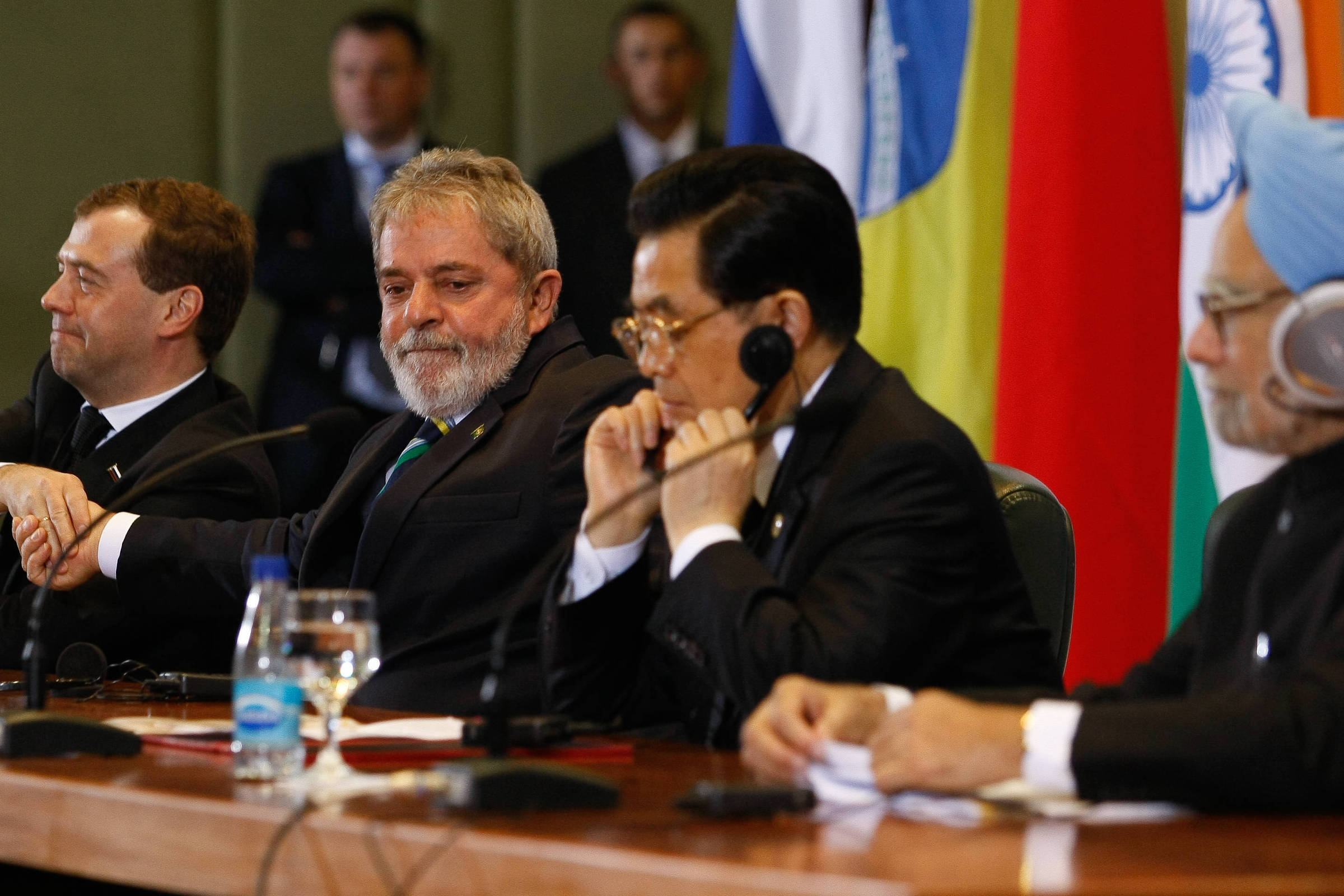 “The BRICs are no longer just a set of letters. They are an unavoidable reference in making the main international decisions”, wrote then-president Lula in 2010, on the eve of the second summit between the leaders of Brazil, Russia, India and China, still without South Africa as part of the bloc.

At the time, the four countries that embodied the future of the world economy according to financial market forecasts had just appropriated the acronym coined by Jim O’Neil. Instead of the Bric, in the plural, they became the Bric, singular — shortly afterwards, with the entry of South Africa, the Brics.

Now, Lula has returned to the Presidency and included among his promises to strengthen the bloc that once helped the country to project itself worldwide — left a little on the sidelines by the Bolsonaro government. But, in the last decade, the scenario has changed a lot for this group of nations, united around the search for more influence in the main multilateral organizations and the construction of a multipolar international order.

There are still internal challenges. China, which has become the world’s second largest economy, and India, the fifth, are rivals on several fronts, from military raids on the border to New Delhi’s participation in the Quad, a group with Japan, Australia and led by the US with an open purpose of oppose Beijing. Brazil and South Africa, on the other hand, were hostages of their internal dynamics, going through successive political and economic crises. And Russia, whose relations with the West were already deteriorating, deepened this scenario by invading Ukraine and starting the biggest conflict in European territory since the Second World War.

Professor of international relations at Uerj (University of the State of Rio de Janeiro), Paulo Velasco says that the last decade has been quite hostile for part of the group. If between 2000 and 2011 the Brics countries had an average annual growth of 17% in nominal dollars, from 2011 to 2019 this index dropped to 5%, according to the British magazine The Economist. Even China and India have not been able to maintain the pace of growth they had in the early 2000s.

At the same time, Western powers regained some of their relative power. “There was an inversion of logic”, says Velasco, giving as an example the increase in power of the G7, which brings together Germany, Canada, the United States, France, Italy, Japan and the United Kingdom, to the detriment of the G20, which is more plural.

Ana Elisa Saggioro Garcia, coordinator of the Brics Policy Center and professor at PUC-Rio, observes that the Brics itself has gone through a cooling process. “The annual summits continued to take place, but the discussion about their role in the face of American hegemony fell somewhat into disuse.”

In this scenario, the question that arises is whether it would make sense for Brazil to bet once again on a group that, even in its years of greatest projection, was branded as politically irrelevant and criticized for the often contradictory agendas of its members. Add to that the discomfort generated by the invasion of Ukraine, and the greater growth of the Chinese economy compared to the other members of the bloc, which led the American political scientist Graham Allison to suggest that the acronym become “Ribs”.

Lula’s special adviser and the PT’s main foreign policy adviser, Celso Amorim defends the relevance of the group 15 years after its formation. He asserts that, despite the disparities between member countries, their existence is ultimately positive for world balance.

Amorim echoes Lula when he says that the Brics can help advance the peace negotiations in Ukraine. “Brazil condemns the use of force, the breach of territorial integrity, but Russia is a country with 11 time zones. Isolating it is an illusion”, he says. “The first step is to want to negotiate. There are many people who speak with the president of Ukraine, Brazil will also speak. But almost nobody speaks with the president of Russia. The Brics can play an important role in this, and I don’t see a contradiction, but one additional need for persuasion.”

Paulo Visentini, professor of international relations at UFRGS (Federal University of Rio Grande do Sul), says he is not so optimistic about the country’s ability to articulate with the rest of the Brics today. He claims that, by condemning former president Jair Bolsonaro’s threats to the electoral system, the US and the European Union showed preference for Lula. But that kind of support doesn’t come without charges.

“It is very clear that the US is in competition with China and Russia. People believe that Brazilian foreign policy will perform the same [que nos mandatos anteriores do petista]but the picture will be that of many pressure groups, which will make it difficult”, he says.

Other researchers in the field sound more optimistic about a possible strengthening of the bloc. Antônio Jorge Ramalho, a professor at UnB (University of Brasília), says that many of the criticisms leveled at the group do not hold up, since it never set out to be a traditional organization.

Its stated purpose is to serve as a forum for member countries to organize around common interests and thus act in synchrony in broader forums such as the UN —without getting in each other’s way. Initiatives such as the NDB (New Development Bank, Banco do Brics), which is indeed an institution in conventional terms, would be welcome complements, but not the backbone.

“Brazil made less use of the Brics than it could have done in the Bolsonaro government because it never had a clear foreign policy guideline”, says Ramalho. “Its importance grows as the country returns to the international scene. It is yet another forum for dialogue in which it can align positions in other international forums and build coordinated responses to shared problems.”

Velasco, from Uerj, claims that the group still has the advantage of allowing the country to maintain a certain independence in relation to the interests of western powers without risking damage to its image. “Brazil alone has much less specific weight than via the Brics. The group increases our bargaining power”, he says.

In this sense, an eventual expansion of the bloc, a discussion that gained traction again last year, could be advantageous, since the participation of countries from regions currently absent from the BRICS, such as the Middle East, with Saudi Arabia, would increase its legitimacy towards the Global South.

Amorim, who has already defended Argentina’s accession, says that the entry of new members is positive insofar as they can add to the economy and environment —South Africa, which chairs the grouping this year, has stated that the process can be started until December.

Lula’s special advisor points out, however, that the expansion must be done with caution, perhaps with a two-stage membership system, so that the group does not lose its density. “Or else it would be a new G-77,” he says, referring to the UN alliance of developing nations, which today comprises 134 countries.

Garcia, from the Brics Policy Center, says that the main interest in an expansion is Beijing —on which almost all the group’s economies depend today, with the exception of India. “The Brics has been sustained all these 15 years because China wanted it. It was always important for it to have a multilateral space in which it could be without the traditional powers. And the more spaces it can lead alone, the better”, she adds, underlining that leadership does not mean hegemony. “There’s a lot of dialogue there.”

Facebook
Twitter
Pinterest
WhatsApp
Previous article
The comments on bwinSPORT FM 94.6 about the matches of the 19th matchday and the… loss in the standings!
Next article
Protests in Iran: 30 political prisoners demand an end to executions