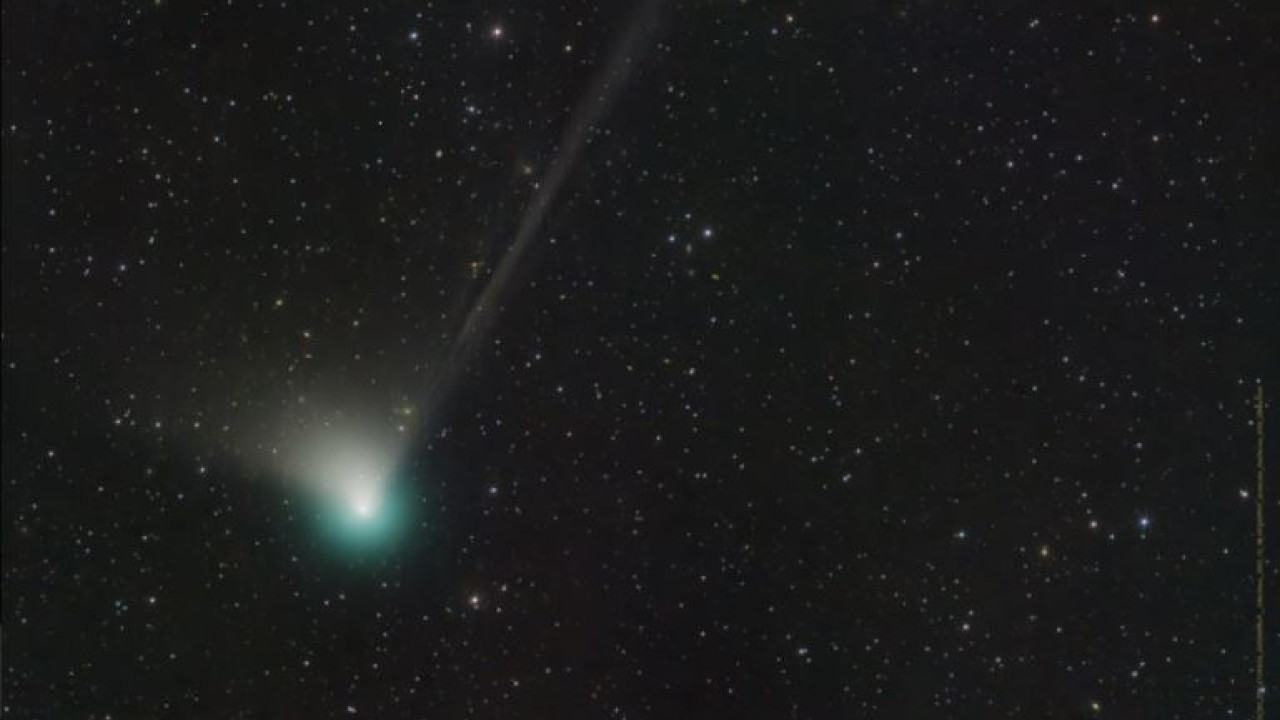 The green comet is approaching the Earth – Photos

It has a greenish hue, which is believed to be due to its chemical composition, mainly the presence of diatomic carbon

An “exotic” green cometC/2022 E3 (ZTF), which is yet to come close to Earth since Neanderthal times about 50,000 years ago, is fast approaching our planet and is expected February 1st or 2nd to reach its closest distance (perigee), about 42 million kilometers.

The comet was discovered by astronomers at the Zwicky Transient Facility (ZTF) in California in March 2022. It originates from the distant Oort Cloud in the outer reaches of our solar system and is estimated to be crossing an orbit around the Sun every approx 50,000 years.

Comets, consisting mainly of ice, dust and gases, usually trace out large elliptical orbits around our star. As they approach the Sun, its heat turns the comet’s ice into gas and dust, creating its “come” surrounding its hard core, as well as its massive, spectacular “tail.”

The images so far of the C/2022 E3 reveal that it has a greenish huewhich is believed to be due to its chemical composition, mainly the presence diatomic carbonthe molecule of which emits green light when ultraviolet solar radiation falls on it.

Since mid-January the comet – steadily gaining in brightness since last year in November – has become easier to observe with telescopes or powerful binoculars, and has recently become bright enough to be visible even to the naked eye, at least from areas of clear dark sky. and without light pollution. Amateur astrophotographers managed in January to photograph the powerful solar “wind” tearing apart part of the comet’s tail.

Attached is a composition of the evolution of comet C/2022 E3.
I have labeled the days, distance from the Sun and distance from Earth. Courtesy Didac Mesa Romeu. pic.twitter.com/fzq4AAMLJe

C/2022 E3 is moving across the northern sky toward Polestar, the brightest star in Ursa Minor, next to which it will appear on January 26. By February 10, it will appear close to Mars, while by mid-February it is expected to have become quite faint as it moves away from Earth.

Facebook
Twitter
Pinterest
WhatsApp
Previous article
The trial for the murder of 19-year-old Alkis Kampanos continues with the testimony of a witness
Next article
The signs today, Tuesday, January 24