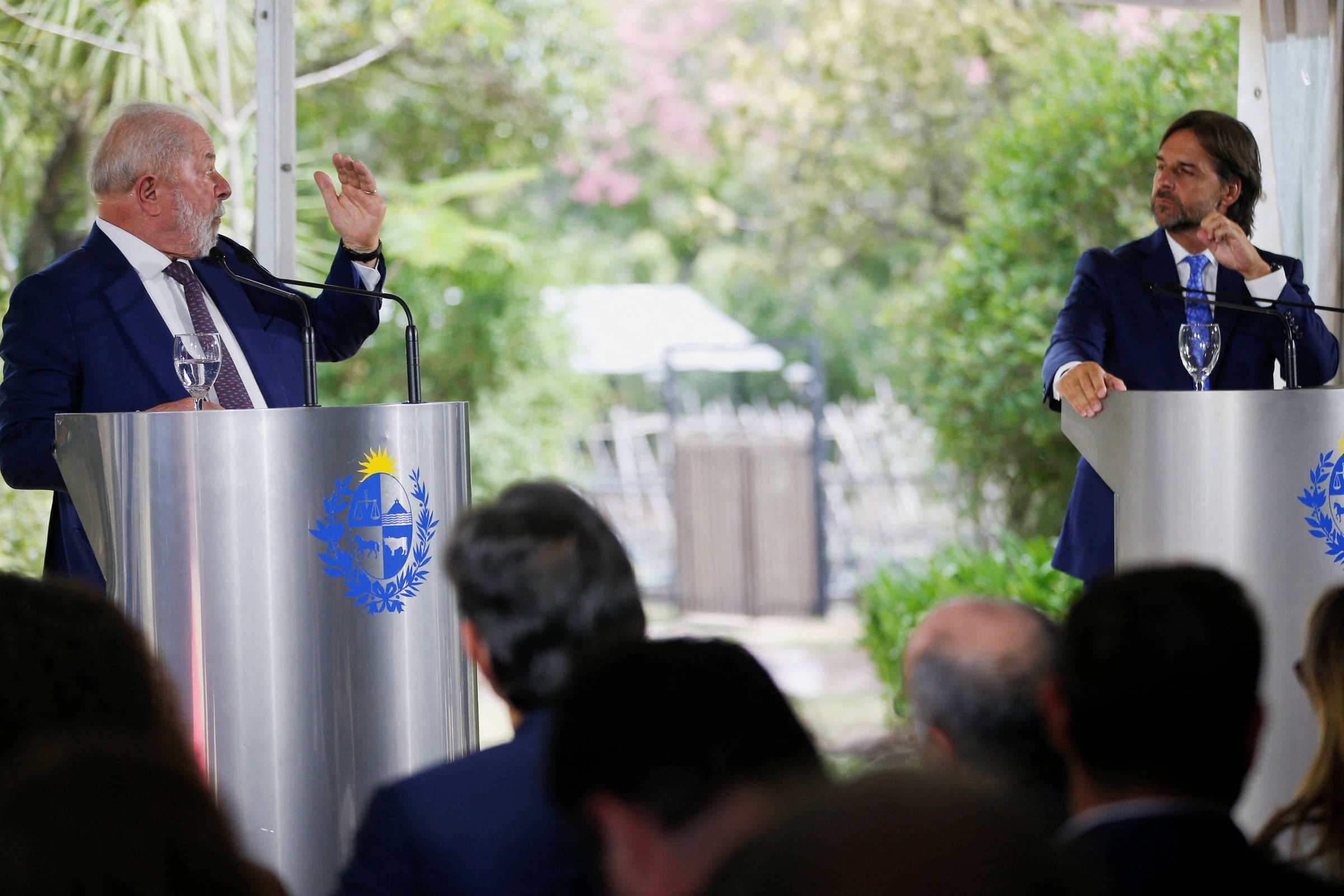 Lula says that Europe is a priority for Mercosur, ‘after China’

Despite the obvious quarrels between Uruguay and other Mercosur member countries, President Luis Lacalle Pou said this Wednesday (25th), after receiving Luiz Inácio Lula da Silva (PT) in Montevideo, that there are no fights. “We have some differences, but we focus on the points where we want to advance.”

Lula, who arrived in the country after passing through Buenos Aires, said that the Uruguayan demands are fair and that he is in line with all “Mercosur modernization ideas” —but that, first, it would be necessary for technical teams from the member countries to analyze what Montevideo proposes.

The petista said he would like to speed up and sign an agreement with the European Union (EU) before talking about the possibility of an agreement with China, something that is already in Lacalle Pou’s plans. “I always thought that Brazil, given its size, should have a generous relationship with neighbors like Uruguay.”

He reinforced that Brazil needs to strengthen alliances with other countries in the region, but stressed that now, in his third term, he received a country in bad conditions, “after the government of coup leader Michel Temer and [Jair] Bolsonaro”.

Lula arrived at the official residence of his Uruguayan counterpart around 12:30 pm, coming from the CELAC (Community of Latin American and Caribbean States) Summit in Argentina.

The express objective of the visit would be to talk about Mercosur, which has been operating at a slow pace. There are, however, disagreements between both countries because Lacalle Pou wants a more dynamic and flexible bloc. Uruguay is already negotiating a free trade agreement with China, which would be outside the bloc’s rules.

“Uruguay needs to open up to the world”, said the Uruguayan leader about the possibility of a free trade agreement with China, and added that, at the meeting, they had agreed that Uruguay would continue its negotiations, “and Brazil can do your path”. “Afterwards, we can introduce each other.”

“We had a meeting as we like, stripped of ideologies,” he said — on Tuesday (26), Lacalle Pou, from the center-right, had already said that the defense of democracy does not belong only to the left, after Lula and the Argentine Alberto Fernández frequently criticize the right field in their speeches.

“Uruguay cannot lose much time, and for that reason I conclude that the meeting went very well”, continued Lacalle Pou.

Upon Lula’s arrival at the official residence, there were supporters outside shouting his name and others chanting against Lacalle Pou, calling the Uruguayan a “traitor to the country”. There were also activists against vaccination, who shouted ′′ Genocidal Lula ′′ because the Brazilian was in favor of immunization against Covid.

Facebook
Twitter
Pinterest
WhatsApp
Previous article
BBB 23: Fred Nicácio detonates Bruno’s appearance; ‘Everyone is beautiful, he is ugly, it differs from the rest’
Next article
Slovakia says it is ready to send 30 T-72 tanks to Ukraine