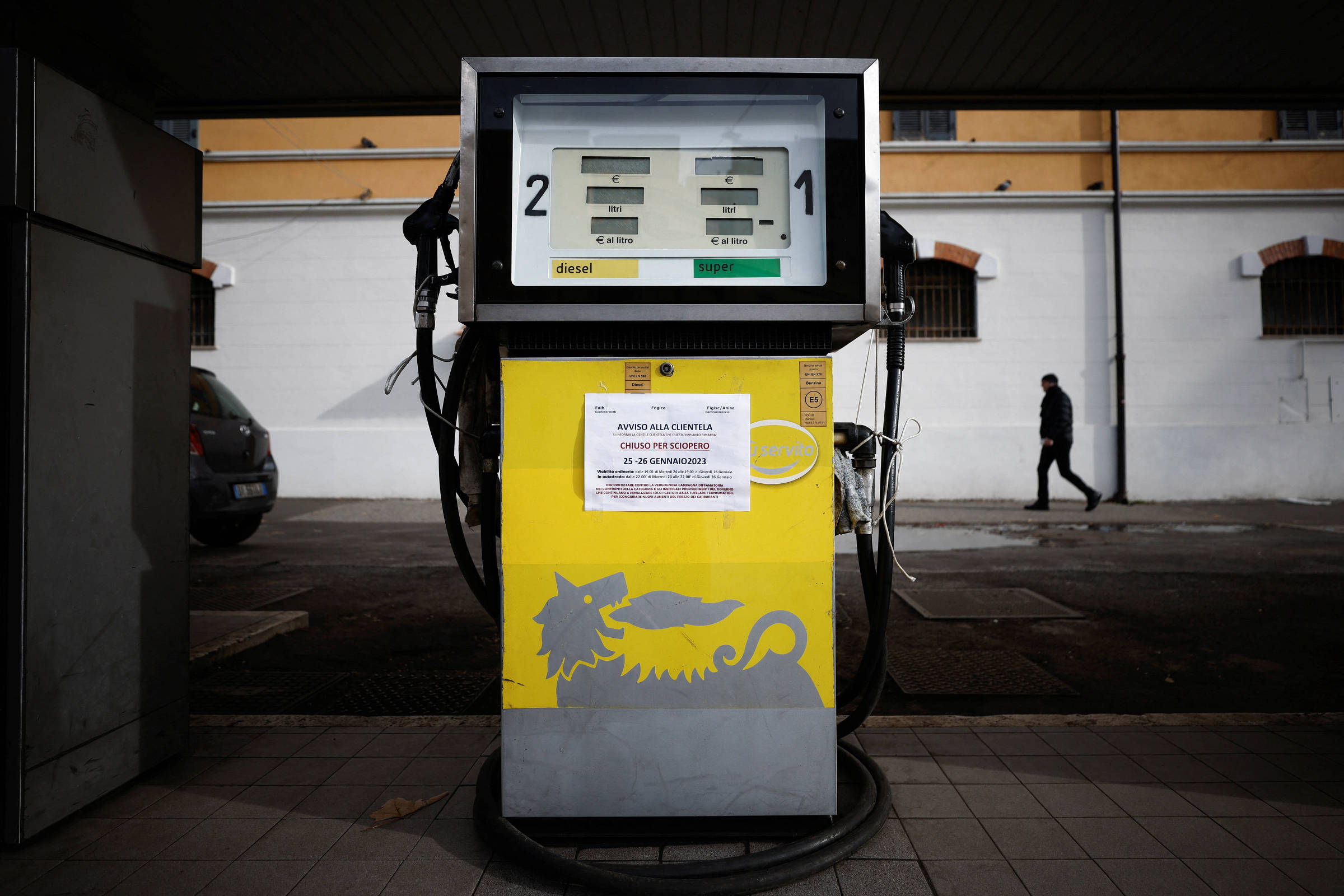 Union centrals reduced from 48 to 24 hours the duration of a national strike in Italy that started this Tuesday (24) in the wake of the increase in fuel prices. Thus, the strike that threatens to weaken the approval ratings of Prime Minister Giorgia Meloni ends this Wednesday afternoon (25).

The unions’ decision was announced in a note after a meeting of representatives with the Italian Ministry of Enterprise. In the text, they state that the measure aims to alleviate the consequences for consumers, “certainly not for the government”.

The gas station sector accuses the government of a smear campaign after management accused owners of these establishments of speculation by raising fuel prices beyond what was necessary.

The main point of the imbroglio is the requirement to put a poster on the pumps informing the regional average price of each fuel, so that the customer has a basis for comparison.

On Wednesday, concessions were made, even though the poster requirement was not overturned. The government said it is committed to lightening the punishments for those who break the rules. The maximum fine would drop from €6,000 to €800, and the possible suspension of activity from 90 to 30 days.

“The government’s proposed amendments to its own decree do not remove the clear intention of identifying gas stations as recipients of confusing, counterproductive and clearly accusatory obligations,” the unions said after the negotiating table.

According to Bloomberg reports, most stations in the center of the capital Rome remained closed throughout the day, but traffic in the city was at its usual pace. A good part of the drivers filled their tanks before the strike, and a minimum percentage of gas stations had to continue operating as required by law.

Some locations that operate independently, without being linked to unions, also maintained their services normally.

The disagreement between the unions of these establishments and the Meloni management began shortly after the turn of the year, as a result of the suspension of a fuel tax discount that had been applied since March of last year.

At the time, to respond to the rise in prices brought about mainly by the War in Ukraine, then Prime Minister Mario Draghi determined a temporary cut of €0.25 per liter of gasoline and diesel. The measure was extended by the successor, Meloni, until the end of December.

As a result, the average price of a liter of gasoline for consumers at self-service pumps, which was €1.66 in December, was €1.84 last Monday (23).

The Meloni government’s justification is that the measure, which cost more than €7 billion in 2022, does not fit in this year’s Budget and that the money will be directed to other initiatives aimed at the poorest.