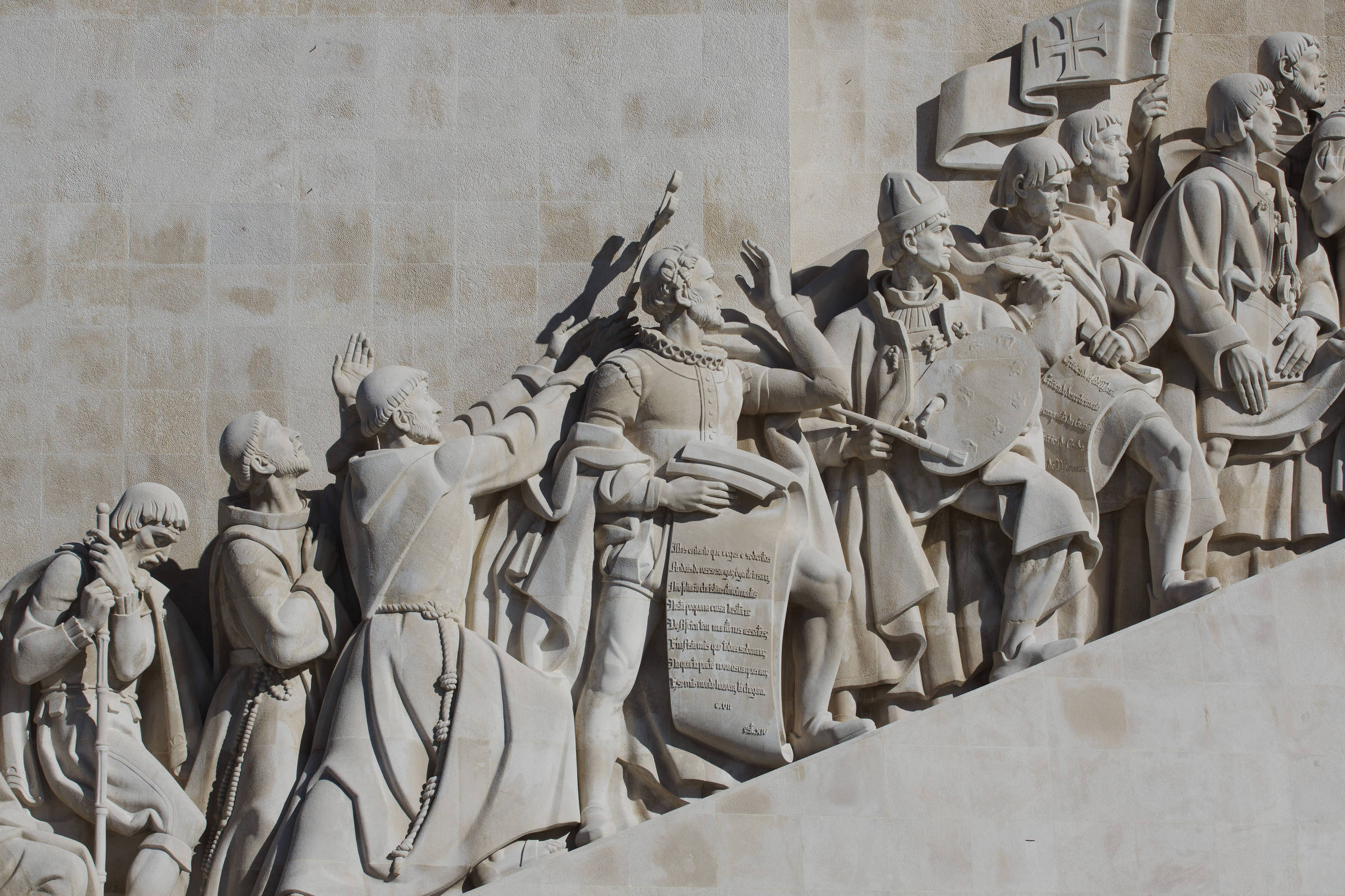 Carlos Fino: Reply: Denial of existing Lusophobia in Brazil by academics only confirms what I defend

Only on the basis of the statements I made to the correspondent of the leaf in Lisbon —and clearly without having yet read the book I just published on the subject—, six academics sought out by the newspaper came to the terreiro to, essentially, unanimously deny that there is anti-Lusitanism in Brazil. A denial that, in my view, only confirms, after all, what I defend. Let’s see.

For historian Gladys Sabina Ribeiro, from Universidade Federal Fluminense (UFF), anti-Lusitanism would have existed, but only in the context of the dispute for places in the labor market, following the wave of immigration to Brazil, and due to the fact that it is considered that the Portuguese “represented a model of life that no longer mattered”. To extrapolate this situation would, for Gladys, commit the mortal sin of generalization and essentialization, anathema in the academic world.

The truth, however, as historical research shows, is that Brazilian anti-Lusitanism began earlier: it dates back to at least independence, in 1822, when the Portuguese in Brazil, with D. Pedro and José Bonifácio at the head, proceeded to invert its meaning. with which they justified the separation.

Those same who had been the greatest exponents of the old regime until then, presented themselves as victims of “Portuguese tyranny”, thus inaugurating —as Eduardo Lourenço wrote—”the resentful discourse of a fatherless nation”. It is then that, in an angry letter to D. João 6º, already after the 7th of September, D. Pedro declares: “From Portugal, nothing, nothing; we don’t want anything”.

This resentment later began to be cultivated in a systematic way, having worsened in the Republic, when the Jacobins of São Paulo were able to write, in a message of support to President Floriano Peixoto —the “iron marshal” who had cut ties with Portugal—, who would fight foreigners, especially “the Portuguese, an inferior race, a people resistant to progress, our enemy of all times, the cause of all our ills and our backwardness” (Queirós, 1986:105).

Anti-Lusitanism is thus inscribed, ab initio, in the matrix, in the DNA of Brazilian nationality. As Gladys herself recognized at the time: “Definitely, to be Brazilian was, above all, to deny Portuguese — a nationalism in reverse” (Ribeiro, 1987:192).

To also deny anti-Lusitanism, Thiago Krause, from the Federal University of the State of Rio de Janeiro (Unirio), defends, in turn, that when Brazilians looked for the origin of Brazilian backwardness in Portugal, they did so for economic, not xenophobic, reasons. . “Portugal was one of the poorest countries in Central Europe (sic); the attempt was to understand the roots of Brazilian underdevelopment.”

This would be right if it weren’t for everything else. But Krause insists that all is well. According to him, nowadays, there is a growing intellectual rapprochement between Portuguese and Brazilians, which would demonstrate that “Lusophobia does not find fertile ground in spaces such as academia”.

That is, in fact, only what we can salute. That is my goal with this book: to make a problem more evident so that it can be overcome. In general, there are no closed doors in Brazil for the Portuguese, as there are not for all other nationalities. But this intramural collaboration is limited, and there are often interests at stake in it, so it is not possible to generalize to conclude that there is no anti-Lusitanism (I am not talking about xenophobia!) in Brazil.

The Portuguese anthropologist João Leal, from Universidade Nova de Lisboa, criticizes the attribution of Lusophobia to Brazilian society, which –he claims– he has never encountered. More: according to him, “there is no ‘Brazil’ or ‘the Brazilians’, but the Brazils and the Brazilians”. It is again the sin of generalization that is imputed to me.

Added to this is a common action by the media, particularly television and cinema, generally with an anti-Portuguese bias. See, for example, the film “Carlota Joaquina”, by director Carla Camurati, in which the performance of the Portuguese Court in Rio de Janeiro is endlessly ridiculed – against the most outstanding Brazilian historiography on the period, as is the work by Oliveira Lima.

Brazilian social scientist Ana Paula Costa, a researcher at the Portuguese Institute of International Relations at Universidade Nova de Lisboa, also denies the existence of anti-Lusitanism among Brazilian immigrants in Portugal. And he points out, with justice, that Brazilians have been the ones to bring another narrative about the colonial past: “This is not anti-Lusitanism, it’s just an attempt to bring a new version of the story that always existed, but could not be told”.

On this we agree – but that is not the point of my thesis or my book. The anti-Lusitanism I am talking about is what has been historically formed since independence and which, due to such blathering in education and the media, has become naturalized to the point of not even being perceived as such. A historical anti-Lusitanism, which does not refer to contemporary Portugal, where many Brazilians today seek a better and safer life.

Historian Lourenço Cardoso, a professor at the Institute of Humanities at the University of the International Integration of Afro-Brazilian Lusophony (Unilab), justifies the Brazilian distance from Portugal by the fact that cultural hegemony has come to be centered in the USA. But that does not mean –he says– that Brazilians do not have and even revere traits of Portuguese heritage, such as cordiality and the mutt complex.

As for the suggestion to mark Cabral’s Day (which I actually did not do, limiting myself to pointing out that it is significant that Brazil does not do so), Cardoso loses his academic bearing and reveals his totally ideological position, by stating that it is of a “bad taste, colonial and racist” proposal.

As if the fact of discovery could not be celebrated for its intrinsic historical importance. A fact that is completely linked to the existence of Brazil itself, its act of birth. The fact that it is highlighted —as it deserves to be—does not exclude that it was used precisely to deepen and denounce the colonization process that followed. We are here in the midst of resentful repression that generates autophagy —the forgetting of the Portuguese root.

Finally, the former Brazilian Minister of Defense Aldo Rebelo, while acknowledging that Brazil could do more for the revaluation of the Portuguese heritage, maintains the record of denial of Lusophobia, emphasizing that the Luso-Brazilian relationship is covered by demonstrations of affection and symbology.

“On the 7th of September, for example, what we remember most is Portugal. The leader of our Independence was Portuguese.” Yes, but one thing is one thing, another thing is another thing. Nor do I deny that there is Lusophilia in Brazil — supported and fostered, by the way, in a titanic secular effort, by the Portuguese community. What I say is that Lusophilia is a minority and what prevails is a historical anti-Lusitanism, sometimes exacerbated, sometimes diffuse, which, so reiterated, has become almost unconscious, to the point —as we see— that many intellectuals deny it.

In fact, the Portuguese community has done nothing else in Brazil since independence —the magnificent example of the Beneficências and the Reals Gabinetes, with their selfless work, especially that of Rio de Janeiro— has done nothing but contradict precisely this antilusitanism.

An antilusitanism that is always latent and that can erupt in gestures as in the case of Maitê Proença insolently spitting on a Jerónimos fountain. Or have they already forgotten?

More realistic have been journalists. Marcelo Coelho, columnist for leaf, for example, wrote: “There is nothing we are more resistant to than Portuguese culture. For us, it is almost a contradiction in terms. Fernando Pessoa and Saramago only passed through our customs because we repressed their Lusitanian nature… virtual possession of these two great Portuguese writers, therefore, without abandoning our strangeness, our disdain for Lusitanianness” (Coelho, 1999).

The academic world, in its ivory tower, may even ignore it or not realize it; the political and diplomatic world, for convenience, may also prefer to let it go. But if we really want — as Lourenço taught — to advance in the deepening of the relationship, nothing better than to face reality head on, without fear of naming the horse.