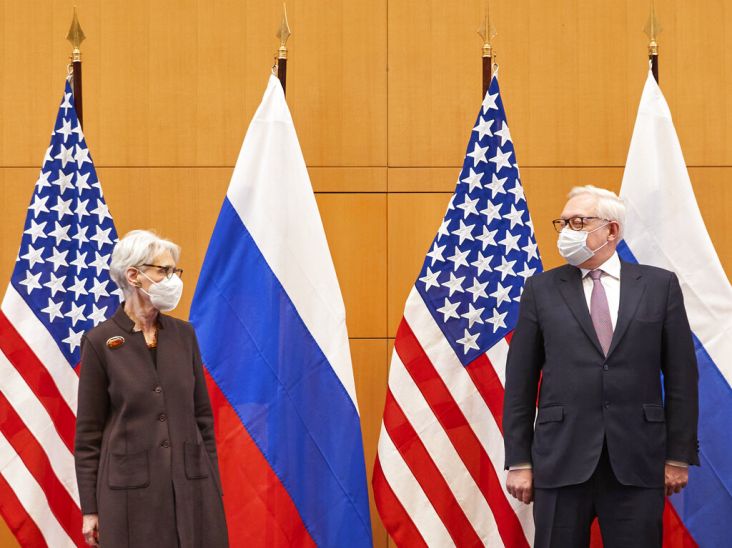 US-Russia: We will not allow anyone to cancel NATO policy, Sherman says

US Secretary of State Wendy Sherman said today after talks in Geneva with Russian Foreign Minister Sergei Ryabkov on security issues that the United States was determined to reject any security proposals that would not work and would not allow anyone to do so. cancel NATO’s open door policy.

“We will not allow anyone to undo NATO’s open door policy, which has always been central to the alliance,” Sherman said, adding that the United States has no plans to take any decisions on the situation in Ukraine without consulting it. with the leadership of the country.

Sherman said the United States had had frank and clear discussions with the Russian delegation during the nearly eight hours that lasted and was open to meeting again soon to discuss bilateral issues in more detail.

Referring to the possibility of a Russian invasion of Ukraine, the US Secretary of State said that the proof that there are no such plans would be to return the Russian troops deployed on the border with Ukraine to their barracks.

For his part, Russian Deputy Foreign Minister Sergei Ryabkov described the security talks between Moscow and Washington in Geneva today as professional, but said a major cut-off and compromises were needed.

“We have the impression that the American side took the Russian proposals very seriously, studied them in depth,” Ryabkov said.

The Russian deputy foreign minister also said that Russia would decide whether to continue talks with the United States following this week’s scheduled meetings with NATO and under the auspices of the OSCE.

Speaking at a news conference after the Geneva talks, Ryabkov said there was a basis for an agreement between Russia and the United States, but that Washington should not underestimate the risks of confrontation.

At the same time, he said that a balance of interests could be found with NATO without Russia backing down from its demands on security guarantees. At the same time, Ryabkov made it clear that Russia would continue to conduct military exercises on its territory, despite NATO objections, saying that “as NATO takes care of its own security, so we take care of our own security and do whatever we deem necessary “.

Ryabkov said there had been no progress on the issue of non-enlargement of NATO. “As far as NATO non-enlargement is concerned, I would say that there has been no categorical progress on this issue,” Ryabkov said, adding that “this is one of the main problems … and I would say that to a large extent all the rest will depend on how the situation develops on this issue. “

Facebook
Twitter
Pinterest
WhatsApp
Previous article
Lekkas in SKAI for Kalymnos: At 160 mm the rainfall – Need to reduce landslides
Next article
From football to surfing: 10 athletes opposed to the Covid-19 vaccine