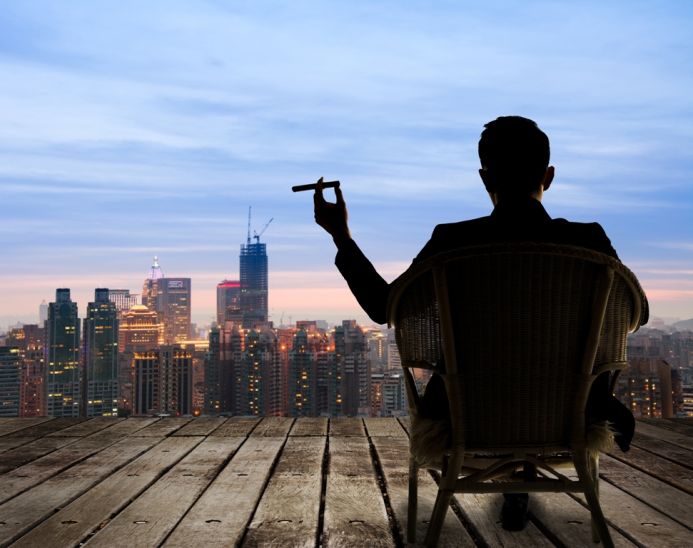 After all, what are oligarchs? How they got rich and how they differ from billionaires

For a few days now, after the Russian elite found themselves in the crosshairs of Western sanctions, everyone has been talking about the Russian oligarchs and their superyachts.

But what does it mean to be an oligarch and how is it different from a “simple” billionaire?

The English word oligarch has clear Greek roots and began to be used in Russian politics in the 1990s to describe about a dozen powerful men who amassed enormous wealth after the collapse of the Soviet Union.

At that time, the Russian economy was in a bad state. The government, under Boris Yeltsin, wanted to privatize state-owned enterprises in an effort to move toward capitalism.

His plan to achieve this was called “equity loans” and was based on an idea of ​​Onexim Bank in 1994.

In effect, Russian banks lent money to the government in exchange for temporary shares in state-owned companies. These shares were sold cheaply to investors, in “set up” auctions.

According to the plan, if the state could not repay its loan, then the banks could keep their shares. And that’s exactly what happened.

This means that investors like Vladimir Potanin, who was then the president of Oneksim Bank and today the second richest man in Russia, have become richer than they could have imagined.

Oligarchs like Potanin gained enormous political and economic influence before Putin came to power in 1999. And when Putin became president, he promised to purge the state of corruption, leading oligarchs such as Mikhail Khodorkovsky and Leonid Nevzlin to lead to arrest or exile.

Those left behind by the elite were forced to support Putin’s government. Meanwhile, a new generation of oligarchs has begun amassing wealth through personal ties to the Putin government.

In many cases, government officials, or their children, take control of state-owned companies. For example, the CEO of the Russian diamond mining company Alrosa is the son of the presidential spokesman, Sergei Ivanov.

Some of the most famous oligarchs of Putin’s time are Roman Abramovich, Oleg Deripaska and Alisher Usmanov.

By targeting the oligarchs with sanctions, the United States and its allies are trying to cut Putin off from his “wallet.” Eventually, they hope the disgruntled Russian elite will push the president to end the war in Ukraine.

However, it remains to be seen how much influence the oligarchs have on military decisions. Some experts claim that they would never do something as drastic as a coup.

But US President Biden intends to pressure Russian billionaires to see how far they can go. “We are joining forces with our European allies to find and seize your boats, your luxury apartments, your private jets. “We are coming to make profits that you made badly,” he said.

Facebook
Twitter
Pinterest
WhatsApp
Previous article
Ukraine: 10 humanitarian corridors to be opened – Mariupol at the center of the 4th round of negotiations
Next article
Konistra park “returns” to Petralona – Basketball and tennis courts have been completely upgraded