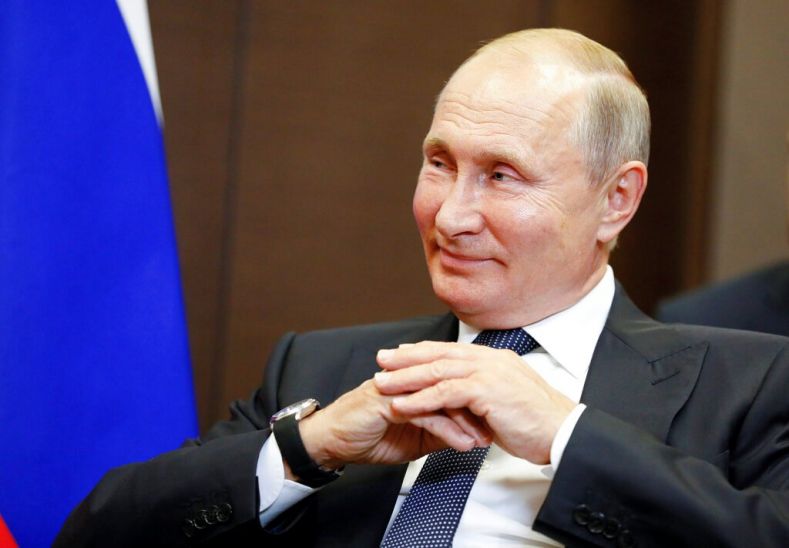 Putin: “The richest man in the world” enjoys half a million watches and golden toilets

Officially, Vladimir Putin makes $ 140,000 a year, living in a 75-square-meter apartment. and indicates a caravan and three cars. But according to some experts, the Russian president may be the richest man in the world, with a hidden fortune of $ 200 billion.

According to Fortune magazine, the Putin has a passion for expensive watches, relaxes in a $ 1.4 billion Black Sea mansion and maintains a collection of 58 airplanes and helicopters. Among them is a plane with a golden toilet, worth a total of 716 million dollars, which is called “the flying Kremlin”.

As the war turns the spotlight on him, the only thing that is certain is that the Russian president does not want his personal life to be under the microscope. “I have a private life in which I do not allow interference. “It must be respected,” he said in the past.

This did not stop the reports that want his secret mistress and his secret family to have found refuge in Switzerland, as the war in Ukraine is raging. There are many reports about his two talented daughters, as well as about his secret relationship with the golden Olympic gymnast Alina Kabaeva, who was once called “the most flexible woman in Russia”. According to the scenarios that see the light of day, Putin has two sons and two twin daughters with the 38-year-old.

And lately, the image of the oligarch and devoted bureaucrat is being questioned, as photos of the Russian president appear in the microscope, where he appears to wears a watch Patek Philippe Perpetual Calendar which costs $ 60,000 or even more expensive ($ 500,000) Lange & Sohne Tourbograph.

Among other things, he is said to be the owner of a villa of 17,000 sq.m. overlooking the Black Sea. It is a property with a marble pool surrounded by statues of ancient Greek gods, a huge guest house and gardens that need 40 people and $ 2 million a year just to be maintained.

It also has a spa and Turkish bath, an ice hockey court, a casino and a nightclub. The furniture in his dining room costs half a million dollars, while the toilet brushes $ 850 each.

The Kremlin denies that the “palace” belongs to Putin, saying it is the property of a wealthy businessman, but analysts point out that the house of an ordinary businessman is not guarded by Russian security services and a no-fly zone.

The secret agreement with the oligarchs
According to what stockbroker Bill Browder testified to a US Senate committee in 2017, Putin has a fortune of $ 200 billion. That means he is richer than Jeff Bezos, Bill Gates and Elon Musk. How did he get it? According to Browder, through an agreement he has made with the richest oligarchs in Russia, after the arrest of Mikhail Khodorkovsky, who was the founder of Yukos and the richest in the country. Under this agreement, all oligarchs are forced to hand over 50% of what they make.

“After Khodorkovsky’s conviction, the other oligarchs went to Putin and asked him what they needed to do to avoid being locked up in the same cage as Khodorkovsky,” Brouder said. “From what follows, it seems that Putin’s answer was ‘50%.’ “And he did not mean 50% for the Russian government or for the presidency of Russia, but 50% for Vladimir Putin himself.”

What does Putin himself say about all this?; “I am very rich, in the sense that the Russian people have twice entrusted me with the leadership of such a great nation as Russia. “I believe that this is my greatest wealth,” he said.

moneyreview.gr with information from Independent.ie