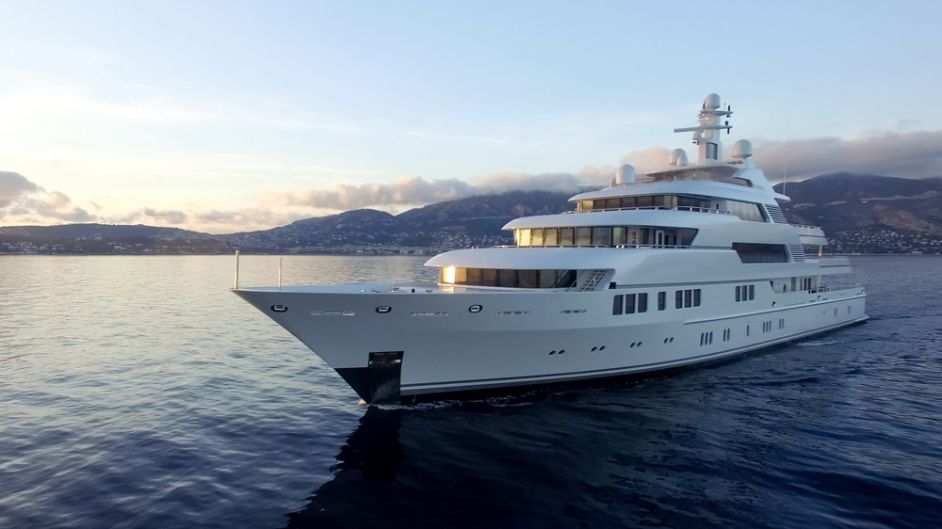 Washington Post: Pursuing the wealth of Russian oligarchs – How they hide their assets

Financial analysts at one of New York’s most famous banks have been monitoring the flow of hundreds of millions of dollars moving through offshore accounts. Banking transactions totaling more than $ 700 million were considered quite suspicious by Bank of New York Mellon officials who sounded the alarm bell at the US Treasury Department.

But officials did not know who was behind the deal, according to copies of reports submitted. In fact, their attempts to locate the companies listed on the bank transfers were, in some cases, spectacularly wrong, with a report linking – without evidence – a $ 100 million remittance to a British merchant who “specializes in the sale of fruit and vegetables” .

In fact, the transferred funds were part of a vast offshore empire associated with Russian billionaire Suleiman Kerimov. His connection to these transactions – almost a decade ago – can only be traced back to some details in secret financial records obtained by the International Investigative Reporting Association (ICIJ) and published in the Washington Post.

Kerimov is one of Russia’s richest men, a political ally of President Vladimir Putin and a member of Russia’s upper house of parliament representing Dagestan. He was first on the US sanctions list in 2018, while Britain and the European Union followed the US example just last month as part of the West’s retaliation for invading Ukraine.

However, these records – which are now in a database maintained by the US Treasury Department – underscore how difficult it is to freeze, let alone freeze, assets linked to Kerimov and other Russian oligarchs that have been taken offshore. accounts in the past.

U.S. officials have described the crackdown on shelling companies as one of the most difficult aspects of the economic crisis in Russia.

“Members of the Russian elite and oligarchs are considered among the best in the world in hiding their wealth,” said a senior Finance Ministry official. The official, speaking on condition of anonymity, said luxury yachts, villas and private jets were relatively easy to catch because they were “in plain sight”. “The most difficult thing is to find places where these people have set up shop windows to hide their assets.”

A spokesman for Bank of New York Mellon said the company was “taking its role seriously in safeguarding the integrity of the global financial system” but declined to comment on questions about the company’s reports.

Kerimov is on the list of more than 4,000 Russians who have appeared in secret financial records – also known as finCEN files – obtained by the ICIJ in recent years. Among them are the Pandora Papers, which formed the basis for a number of surveys.

Russians are numerically superior to other nationalities in the lists of people who have turned to law firms and financial advisers serving the world’s elites, seeking to protect their assets in Panama, the Cayman Islands and other tax havens.

Taking advantage of the gaps
The records in WP’s possession provide an excellent insight into the tactics used by the oligarchs to hide or protect their wealth from the West’s economic war. It is recalled that the US imposed sanctions on more than 500 Russians in the six weeks following the invasion of Ukraine.

However, despite the unprecedented cooperation between Western governments, there are still differences in the sanctions lists adopted by the United States and its allies, as well as several gaps exploited by the oligarchs.

Such vulnerabilities were revealed last month when Alexei Mordasov, who was recently named Russia’s richest man by Forbes magazine, sold most of his shares in one of Europe’s largest travel groups. At a shell company in the British Virgin Islands, shielding $ 1.4 billion from European sanctions.

Mordasov, 56, is the largest shareholder in Severstal, a steel group, and advertises the use of high-strength materials it produces in Russian armored vehicles.

In fact, Italy, as the European governments target the superyachts of the Russian oligarchs, announced the commitment of the ship “Lady M”, 65 meters long and worth 50 million dollars.

Mordasov, who also owned 29.9% of TUI’s equity through Unifirm, rescued the tourist group amid the pandemic. However, he transferred this stake to a corporate entity based in the British Virgin Islands, which is supposed to be controlled by Marina Mordasova, his third wife. And he made this transfer on February 28, four days after the Russian invasion of Ukraine and the same day that the EU announced a series of sanctions against him.

In addition, two weeks before he was sanctioned by Great Britain, he also transferred to Marina Mordasova his majority stake in Nordgold, a London-based mining company. In mid-March, the $ 500 million luxury yacht Nord, almost 142 meters long, was anchored in the Seychelles and then transported to the Russian port of Vladivostok to avoid confiscation.

Suspicious relations with the Kremlin
Two years ago, it was Kerimov who was named the richest man in Russia by Forbes, driven by a rise in gold prices that raised the value of 76% of his family’s shares in its largest gold mining company. Russia, PJSC Polyus. His fortune has fallen since then, but it reaches $ 13 billion.

Last Wednesday, Polyus revealed that its largest shareholder, Kerimov’s son, Sent, had sold 30% of the company’s shares. The move reduced the family’s holdings below 50%, possibly protecting Polyus from sanctions.

Kerimov, 56, is a lonely figure who rarely gives interviews, but is known for showing off his wealth. In the past he organized rich parties which allegedly included performances by Shakira and Beyonce. In 2006, he was seriously injured in a car crash with a $ 650,000 Ferrari in France.

As a trained accountant, he made his initial fortune by acquiring early shares in Russian companies. He took advantage of the golden opportunities offered by Boris Yeltsin through the privatization of state property. At the age of 27, he founded an investment bank, Fedprombank, which financed the state-owned industries of the former Soviet Union. He managed to make his huge fortune by exploiting faltering former state-owned public companies, which he privatized and sold at multiple prices.

After the Russian crisis, Kerimov found himself with a huge fortune and a firm position in the state apparatus. It acquires a series of oil companies, mining companies, invests in subsequent energy giants, while in 2009 it acquires 80% of the largest gold production company in Russia.

According to US officials, Kerimov acquired shares in companies and enriched himself with the help of billions of dollars in loans from Kremlin-backed banks.

The ability of a stranger to borrow such huge sums has sparked speculation among Russian experts and Western officials about the Kremlin’s connections. This suspicion became more apparent in 2016 when it was reported that companies affiliated with Kerimov had paid $ 200 million to offshore companies affiliated with Sergei Roldugin, a cellist and an old friend of Putin.

The latest indication of Kerimov’s close relationship with Putin was that he was among businessmen summoned to a meeting with the Russian president on the day the country’s armed forces began invading Ukraine.

An effort full of obstacles
Information gaps “are one of [υφιστάμενες] challenges with regard to the FinCEN files, “said a senior US Treasury official. “FinCEN [Δίκτυο Δίωξης Οικονομικών Εγκλημάτων των ΗΠΑ] and similar organizations in the UK but also around the world are probably the most important part [στο “παζλ”] of tracking down oligarchs “.

In recent weeks, as new sanctions have been announced in response to the Russian invasion of Ukraine, the US Treasury Department has called on banks and other financial institutions to look more closely at monetary transactions and to be more diligent in reporting to FinCEN.

But, according to the WP post, even organized efforts to expose offshore account holders could come to a standstill.