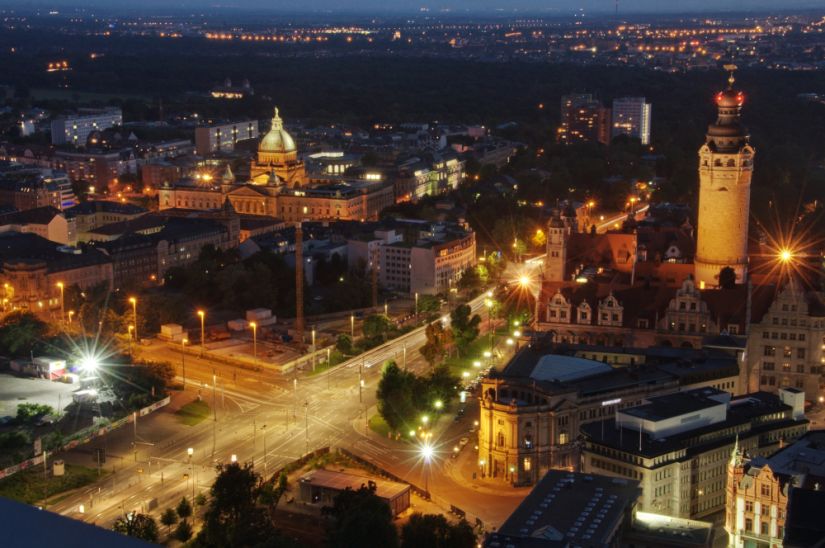 Germany: Cuts in public lighting begin – On the table to turn on the lights according to … order

The increases in energy prices insist. Another problem for local government in Germany, where municipalities and communities are financed mainly by taxes and contributions of permanent residents and often face financial difficulties. Some municipalities are starting now cuts in public lighting, in an effort to reduce costs. The lights come on a little later at night or go out a little earlier in the morning. In other cases, the light intensity is reduced.

«These reductions and cuts are just one of the many ideas we are currently discussing in local government.“, he says Alexander Hantsu, by the German Association of Municipalities and Communities. For example her city Weimaris decided to take action as early as June 1: during the summer public lighting will be switched on thirty minutes later and off thirty minutes earlier. For the winter months the municipal authority wants to reduce the total lighting time by ten minutes per day. Calculates that in this way they can save 70,000 to 100,000 kilowatt hours on an annual basiswhich equates to a financial benefit of between 30,000 and 40,000 euros.

“We are preparing for similar measures”

In town Χάλεin the East German state of Saxony-Anhalt, a representative of the municipal lighting company told the German News Agency (DPA) that “due to technical and organizational measures“These cuts are not yet necessary, but”we are also preparing for similar measures». A similar preparation is made in the city of Mainz, in the West German state of Rhineland-Palatinate. It has already been decided to reduce the light intensity between one and five in the morning on sidewalks and bike paths that do not show much traffic. Now the municipal authority is examining whether it is technically feasible turn on the lighting only to orderthat is, when a pedestrian or cyclist really wants to cross that particular road.

Already since 2012 his city Mainz invests in LED technology for public lighting and argues that the results are visible. In 2021, say those in charge, this technology had saved 1.7 million kilowatt hours compared to 2012, ie the city’s energy needs decreased by about 20%. The city of Darmstadt is also trying to reduce the cost of lighting with modern technology. Special sensors have already been installed to turn on the lighting on the city’s bike lanes, as well as on a expressway connecting Darmstadt to Frankfurt. The sensors react to the movement and increase the intensity of the light as soon as a pedestrian or cyclist appears, while with the same automation the intensity decreases when the road remains empty.

The financial benefit is undeniable. Its Ministry of Finance Hesse estimates that the Public lighting can absorb up to 50% of the annual budget in a small town or community. On the other hand, of course, there is the issue of security. «When the duration of lighting is reduced, it always means that the traffic is conducted with less safetyWarns a representative of the municipal authority in Dresden and clarifies that, despite rising energy prices, the capital of Saxony will not resort to this solution. The same goes for Leipzig. And there the public lighting will remain active for about eight hours daily, from ten in the evening until six in the morning. However, in both cities it has been decided to adjust the lighting intensity, depending on the needs. In Leipzig they estimate that with this tactic they can save up to 30% of energy in conventional light bulbs or even 50% when using LED technology.

In large cities such as Hanover, Bremen and Oldenburg, sensors have already been installed for the automatic operation of public lighting, for example between ten at night and six in the morning in Bremen. Beyond that, there is no talk of … blackout due to cuts. “What the people are asking of us is probably the opposite,” said Kim Fredenberg-Fastye, a spokeswoman for the Oldenburg Municipal Authority. “In other words, they ask for an extension of the operating time for the lamps …”