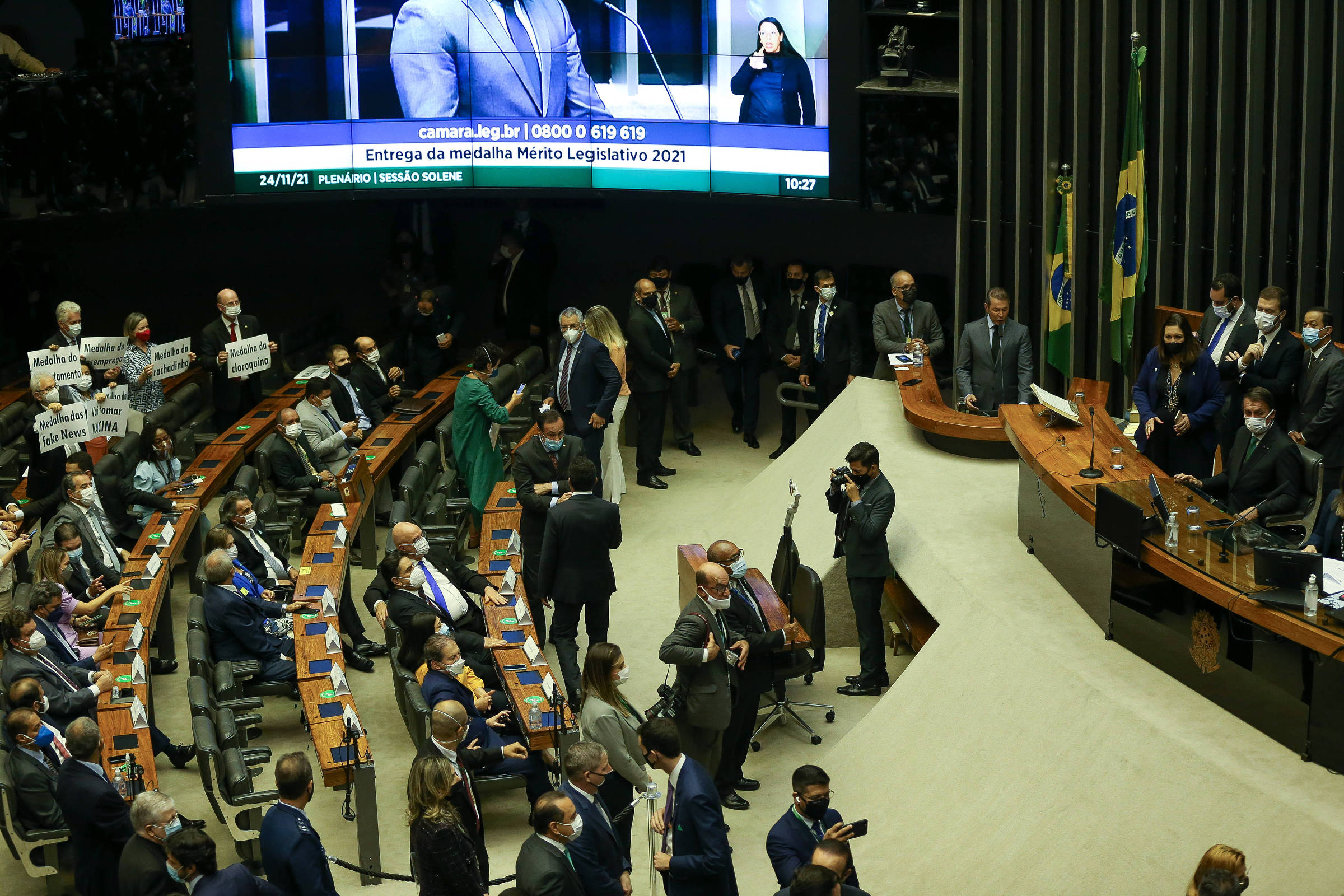 The Chamber of Deputies approved this Tuesday (30) in two rounds the PEC (proposed amendment to the Constitution) which maintains benefits for the information technology, communication and semiconductor sectors, excluding them from the plan for the gradual reduction of tax incentives established in the Emergency PEC.

The base text was approved in the first round by 353 votes to 9. In the second round, it received 333 votes to 8. The PEC needed at least 308 votes, in two rounds. Now, it goes to the Senate, where it needs to have at least 49 votes, also in two rounds.

The proposal was part of an agreement reached during the discussion of the Emergency PEC, at the beginning of the year.

The text approved on Tuesday excludes the industrial policy for the information and communication technology sector and for the semiconductor sector from the effects of the gradual reduction plan of federal tax incentives and benefits that the President of the Republic should forward to Congress within up to six months after the enactment of the Emergency PEC.

The exclusion was already foreseen. ​In March, the Ministry of Economy released a note talking about the effects of the Emergency PEC on the benefits of the Informatics Law.

The folder clarified that the incentives “will be preserved in the incentive reduction plan to be sent to Congress, with no change in the benefits in force in Law 13,969/2019 in this submission. [Lei da Informática]. These are decreasing and are scheduled until December 31, 2029”, indicated the statement from the ministry.

In justification, the author of the PEC, Deputy Rodrigo de Castro (PSDB-MG), stated that the change introduced in the Emergency PEC put at risk the internal balance of the information technology sector.

According to the congressman, the current wording of constitutional amendment 109 “is a death shot in electronics companies located outside” the Manaus Free Trade Zone.

In the justification, the congressman says that 512 companies access the incentives of the information technology law and that, in 2021, the total of incentives should reach R$ 6.5 billion, with total revenue forecast for the sector at approximately R$ 12 billion , only in federal taxes.

“Finally, and not least, it should be noted that, on the occasion of the vote of PEC 186/19 [Emergencial] in the Chamber of Deputies, there was a plenary agreement that had the support of all party leaders and the government leader for the approval of a new PEC, which aims to maintain the same legal status for the information technology laws of Manaus and the rest of the Brazil”.

Despite acknowledging that these companies need incentives to continue investing, tax law specialist Mateus da Cruz emphasizes that the proposal conflicts with the tax reforms that are being processed in Congress.

He claims that it is not disputed that technology companies, as well as several other sectors of the Brazilian economy, suffer from the high Brazilian tax burden and need incentives to continue investing in research and innovation.

“However, it has to be agreed that the constitutionalization of the maintenance of tax incentives for this sector ends up imposing certain benefits that should be temporary. The PEC goes against the trend of tax reforms discussed in the country to reduce tax waivers in general “, says the partner at Dias, Lima e Cruz Advocacia.

Another specialist in the area, lawyer Dylliardi Alessi, from Peccinin Advocacia, emphasizes that the PEC is important for companies in the sector to remain competitive, but warns that more transparency is needed in the granting of this type of benefit.

“In Brazil, historically, there is a widespread use of tax incentives, which cause problems in public finances and harm free competition and competition between companies. In addition, there is a lack of transparency about this type of benefit, especially because there is no disclosure of the assessment on the results. Therefore, this type of policy needs to be gradually reduced”, he says.

Facebook
Twitter
Pinterest
WhatsApp
Previous article
Volos: Spectacle with fireworks only for those vaccinated at the opening ceremony of the holidays (pics)
Next article
Juliette reveals a gift she got from Anitta and flirts with Tiago Iorc