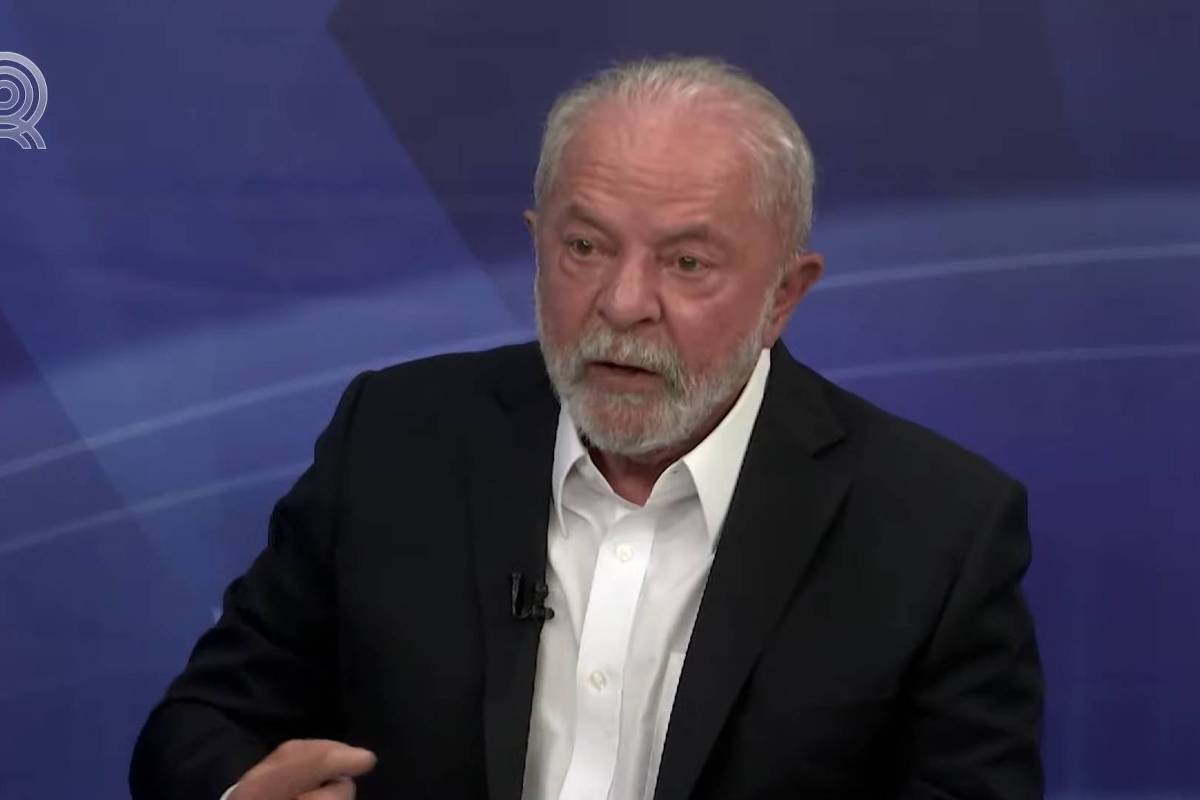 Former president Luiz Inácio Lula da Silva (PT) said he accepted an armed rancher, said that the landless are more “mature” and signaled that his government would represent peace in the countryside.

PT’s statements in an interview with Canal Rural, shown on Wednesday night (21), are part of a new offensive by the former president with nods to the agricultural sector — a segment that represents one of the bases of support for President Jair Bolsonaro ( PL).

The campaign’s attempt is to increase support to try to win the elections in the first round.

In the interview, Lula reinforced his position against the arms of society, but said that this does not mean that farm owners cannot have weapons to guarantee their safety. He even mentioned that his father had a gun at home.

“My father was a hunter in Guarujá, he had a gun at home. No one is going to forbid the owner of a farm to have one, two guns. Now, if he has 20, it is no longer a weapon for defense. 30 is even worse. common sense,” he said.

Lula said he will “change” arms decrees proposed in the Bolsonaro government “by discussing with society”.

“We’re going to discuss why you need to have a control. You can’t leave society armed the way it is. Someone buy 12, 10, 15, 20 weapons. Do you know where these weapons are? What hallucination is this? We’re not at war. The violence that we see on the outskirts of the city is not the police who will solve it, it is the absence of the State”, said the former president.

The PT also compared Bolsonaro’s arms speech to that of former Venezuelan president Hugo Chávez. “It’s not necessary, you know, this crazy release of weapons. To favor who? What does Bolsonaro say and his son says? ‘Ah, the armed people…’. It’s the same speech that Chávez used to make. weapons, the people need work, wages, education. That’s what the people need.”

When asked about the proximity of the PT and some parties that support Lula to the MST (Movimento dos Trabalhadores Rurais Sem Terra), the former president stated that “very few productive lands were invaded in the country” and that, currently, “the of the landless is very different and much more mature”. “They have become a highly productive sector,” he said.

“In Brazil today, I can assure you that things are much more harmonized and calm than they have been at any other time,” he said.

He also stated that, during his governments, the countryside had peace. “Not only did [paz] as it was one of the most extraordinary moments on the field.”

The reality of land invasions under his management is different from what is said today.

The climate with the landless had high tension in the first years of his government. The number of land invasions in the first three years of Lula’s government (2003-2005), for example, exceeded by 55% the number recorded in the last 36 months of Fernando Henrique Cardoso’s administration.

The number of murders due to agrarian conflicts increased by 63% in the same period.

The pressure from the landless began to decrease soon after, largely because of the consolidation of Bolsa Família, the policy of valuing the minimum wage and the creation of jobs in urban centers.

All of this emptied the landless camps and, as a consequence, land invasions — the MST maintained a critical tone of Lula during his two terms in office, despite never having a rupture.

In the midst of the PT campaign’s effort to dialogue with agribusiness, the candidate for vice, former governor Geraldo Alckmin (PSB) traveled this Wednesday to Goiânia (GO). On Thursday (22), he goes to Porto Velho (RO).

In Goiânia, Alckmin received the support of a wing of the PSDB from Goiás, met with agribusiness and commerce entrepreneurs at Fieg (Federation of Industries of the State of Goiás), and participated in an act with militants and candidates from the PT coalition in the state.

Lula’s interview this Wednesday was not live — it was recorded on Tuesday (20).

The day before the recording, in preparation for the interview, the former president spoke with three of the main guarantors of the PT campaign with the agro: senator Carlos Fávaro (PSD), federal deputy Neri Geller (PP), candidate for the Senate, and businessman Carlos Ernesto Augustin. PT members referred to the meeting as “agrotraining”.

The idea of ​​the PT campaign was to reinforce the message that the former president recognizes the importance of the sector for the Brazilian economy and that, in a possible new government, he will pay attention to agribusiness.

The former president was criticized when he said, in an interview with Jornal Nacional, in August, that there is a part of the “fascist and rightist” agro that opposes the PT for being against policies of preservation of the environment.

At the time, Augustin told Sheet that the former president was wrong to refer to part of the sector as “fascist” and advocated that he apologize for the generalization.

Right at the beginning of the interview with Canal Rural, Lula was asked about his statement to JN. He stated that within the segment there are dozens of political, economic and ideological thoughts and that it “is not just one thing”. “You have people with fascist discourse and people with highly democratic discourse,” he said.

Lula stressed that he will treat agribusiness as he has always done, “with respect and knowing its importance for the Brazilian economy and development.”

He also stated that, given the attention given to the sector in PT administrations, agribusiness representatives should vote for him. “If you take the data and compare Lula and Bolsonaro, what each one did for agribusiness, everyone would vote for me. And they would still be proud to make that vote public.”

Lula reiterated to Canal Rural Lula that there will be no illegal mining if he is elected and criticized deforestation.

“This deforestation business is grotesque people who have no respect for their own production, because it can be harmed, the world is very demanding,” he said.

“The easy, delayed, narrow-minded speech that ‘I’m going to take down, you have to invade’. That’s ignorance, it’s not a business attitude. It’s an ignorant attitude.”

Still in the interview, the former president stated that, if elected, he will conclude the trade agreement between Mercosur and the European Union in six months.

In recent days, Fávaro, Geller and Augustin encouraged the president to record the interview to reinforce the dialogue with rural producers and pierce the bubble on the left. In addition, the assessment is that participation in a channel focused on the sector could help to compensate for the lack of face-to-face agendas.

The PT campaign even predicted Alckmin’s trips to states with a strong presence of agribusiness, such as Mato Grosso, Mato Grosso do Sul and Tocantins. These agendas, however, did not get off the ground.