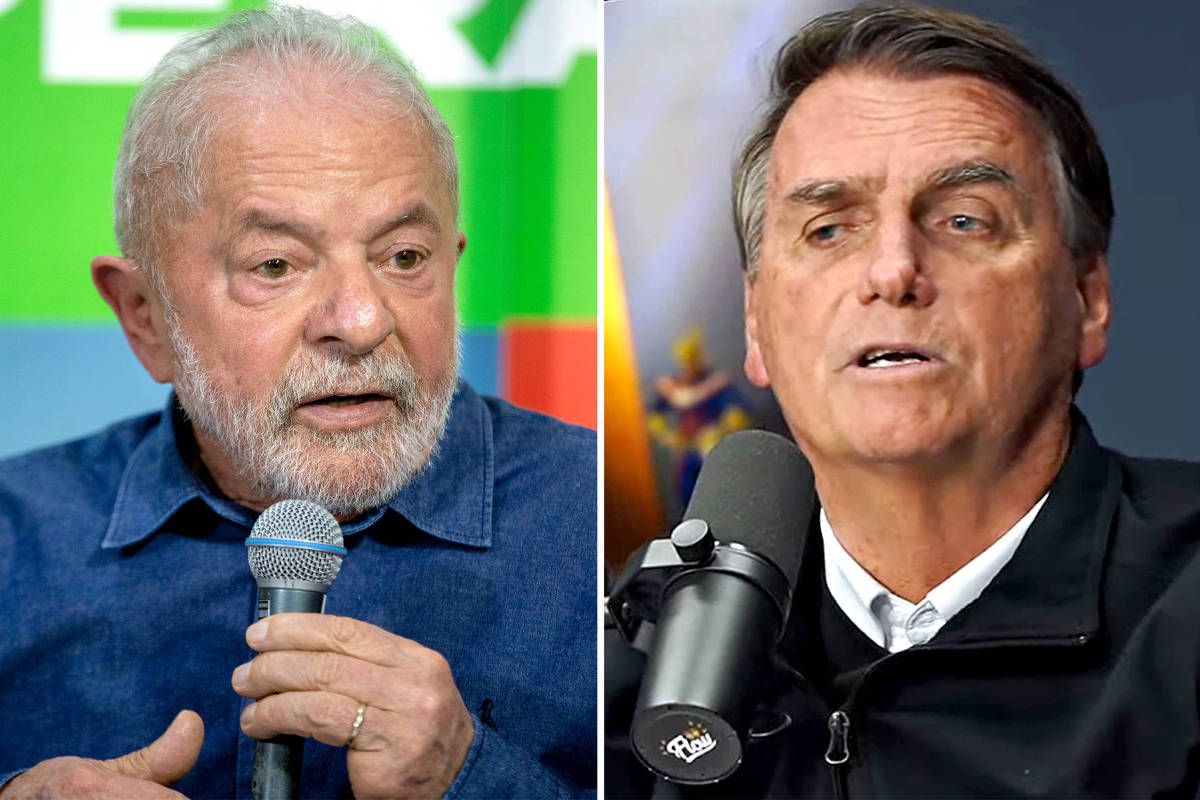 Datafolha: See how Lula and Bolsonaro evolve between poor and rich

The latest Datafolha poll shows that Luiz Inácio Lula da Silva (PT) has extended his lead over Jair Bolsonaro (PL) this week among the poorest voters, the most populous group with a monthly family income of up to two minimum wages (R$2,424).

The president, however, wins in the other three income brackets. He took off from the PT in the segment that receives from two to five salaries, as well as from five to ten salaries. Among the richest, above ten salaries, both oscillated positively.

The margin of error is two percentage points in the total in the survey – which heard 6,754 people from Tuesday (20) to this Thursday (22) -, but it rises to four points among those earning five to ten salaries and to six points in the wealthier.

In Brazil, 51% of the electorate earns up to two minimum wages; 34%, from two to five; 9%, from five to ten; and 4% receive more than that, according to Datafolha.

See below how the two are evolving by income in the stimulated responses, that is, in which the names of the candidates are read to the interviewee. The registration number of the survey at the Electoral Court is BR-04180/2022.

Kafounis for the possible reduction in hours: To be applied to all shops of all types