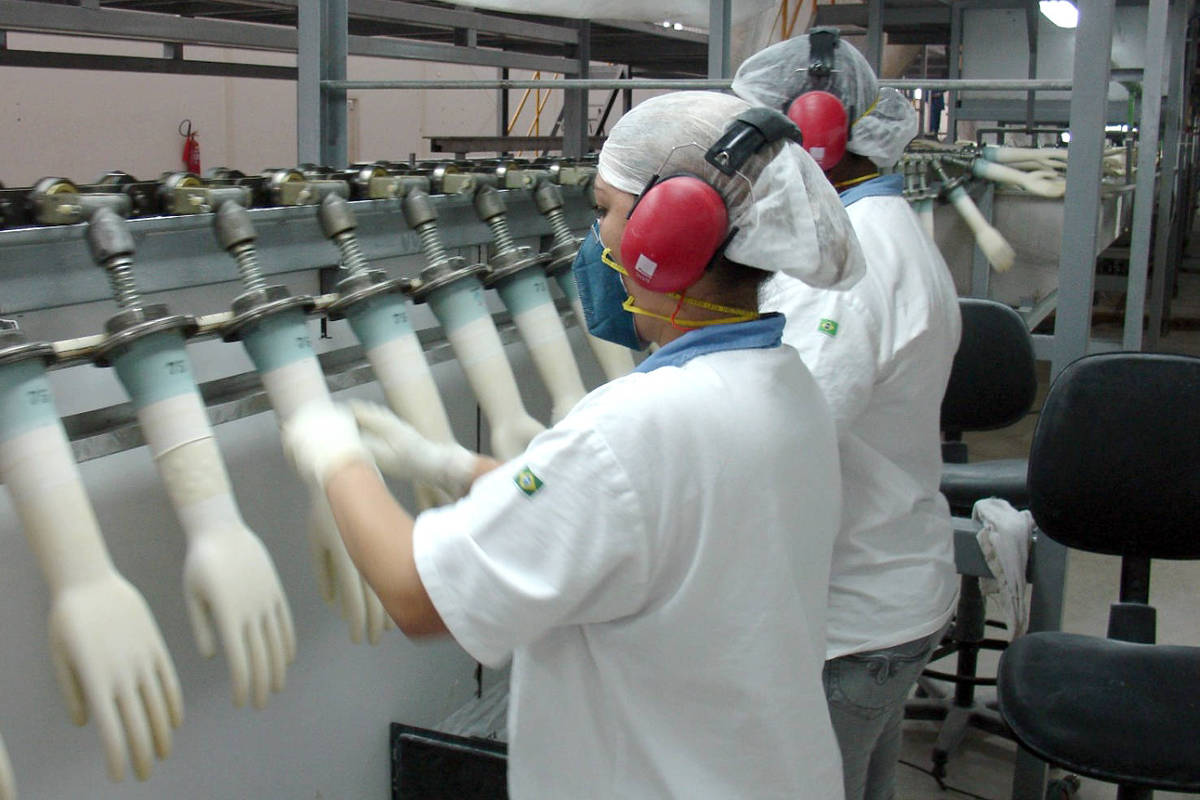 Less serious pandemic suffocates the mask and gloves industry, but heats up the pins and prosthetics industry

With the Covid pandemic less serious and the end of the requirement to use masks, manufacturers of products linked to the fight against coronavirus, such as masks, gloves and syringes, lay off employees, close factories and predict a reduction of R$ 230 million in investments in Brazil. , compared to 2020.

In just one glove industry in the city of Paraíba do Sul, in Rio de Janeiro, 60% of workers were laid off between June and September 2022. According to Flávia Malta, director of institutional relations at Lemgruber, the growth of the business this year was 75% lower than in 2021.

The company is one of the largest in this segment, but adds that it should close its doors until December, due to the “lack of competitiveness in the national industry”. For Malta, it is “regrettable” to realize that, after multimillion-dollar investments, “we are going back 15 years and going back to being 100% dependent on the Asian market”.

The forecast is that 2022 will end with BRL 700 million in investments in the medical device sector — BRL 230 million less than in 2020, the beginning of the pandemic, when capital invested in the segment reached BRL 930 million, according to Abimo. (Brazilian Association of Medical Devices Industry).

Even below 2020, investments in some sectors of the segment may exceed 2021 – which recorded R$ 675 million in financial contributions. This is due to the high, and repressed, demand for elective surgeries, which use medical devices not linked to the fight against Covid, such as orthoses and prostheses, screws and fixators, cardiac stents and defibrillators, says the superintendent of Abimo, Paulo Fraccaro.

“There is a demand to meet everything that cannot be done during the pandemic, so some sectors of the industry are investing more and others less, such as the mask and gloves industries”, points out Fraccaro, noting that taxes to the sector can reach to 40% of the product.

Competition with imports suffocates the mask and gloves industry

In addition to them, the national industry needs to compete with medical products from abroad, which have zero import tax. The measure came into effect during the pandemic, to meet the great demand of the domestic market at the time.

Doctor in international relations João Alfredo Nyegray, professor of geopolitics and international business at Universidade Positivo, says that most medicines imported by Brazil come from Germany, the United States and Switzerland. The inputs come from China, India, the USA and also from Italy, Ireland and Denmark.

In the national market, the industries that represent the largest share of this market are small and medium-sized companies, with up to 99 employees, points out Abimo. According to the Ministry of Economy, the number of companies is higher today: 4,531 in 2018 and 4,595 in 2022.

Tax reductions for the pharmaceutical industry have already occurred in Brazil on other occasions, such as in 2016, with the importation of similar medicines. With the pandemic, came the exemption on inputs, which can extend until 2023, as a bill is being processed in Congress to extend it while the “health emergency situation” lasts.

Thus, benefits can be extended to 13 products, already approved by Camex (Chamber of Foreign Trade). “These tax oscillations serve to prevent the national market from being depleted of items considered important by the government”, explains Nyegray.

He points out that the advantage in reducing import taxes are cheaper items for municipalities and the population. The disadvantage is for the national industry, “already suffocated by very high taxation”.

The way out, according to the professor, would be to reduce taxes on imports, but also the tax burden levied on national industry. “It’s important that we have these industries here, not just for the jobs they create, but for the technologies they have and create.”

Opinion – Pablo Acosta: Public lighting as a factor of safety, inclusion and sustainability