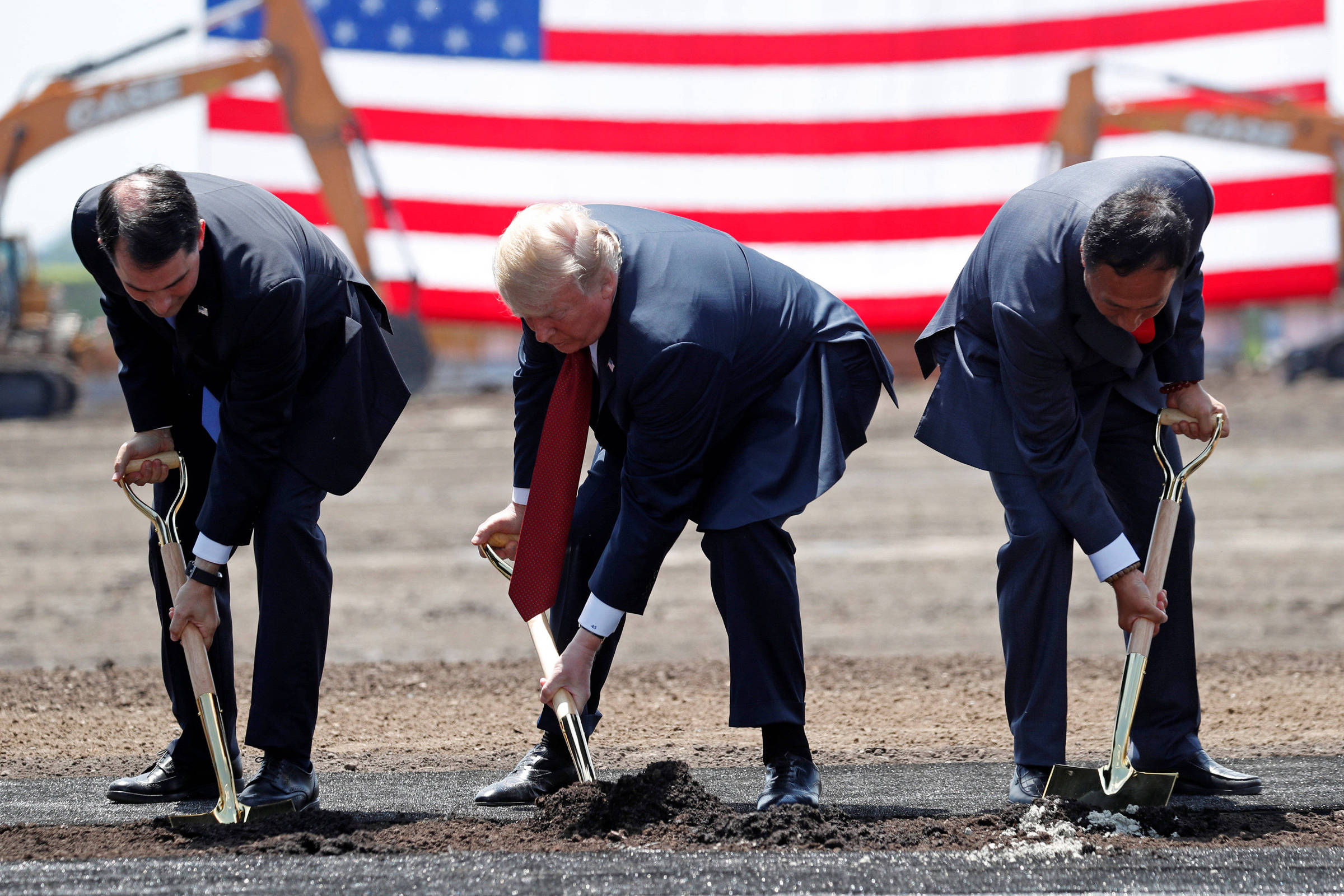 When Taiwanese manufacturing mogul Terry Gou and former US President Donald Trump took up ceremonial shovels at the opening of a new Wisconsin electronics factory in 2018, many analysts and technology executives saw a classic example of why politicians should not meddle in supply chains.

When Foxconn’s factory plans were drastically scaled back several years later, it seemed like evidence that political bravado could not dominate market forces.

Foxconn’s Wisconsin facility is much smaller than initially promised, but TSMC, Taiwan’s most valuable company and the world’s largest producer of processor chips, will soon open a new facility in Arizona.

Before, almost all of TSMC’s recent investment has been in Taiwan or China. It is now diversifying its manufacturing footprint, building a new chip factory in Japan and exploring one in Singapore as well.

TSMC’s turnaround is driven by subsidies from these governments, as well as political pressure to reduce the concentration of chip factories along the Taiwan Strait.

In corporate boardrooms as well as in defense ministries, concern grows that mutually assured economic destruction may not keep the peace in the strait. Multinational corporations have invested many billions of dollars in Taiwan and China, assuming that war is simply too expensive.

However, just this year, Germany’s bet on the same thesis to secure its energy supply went terribly wrong. Xi Jinping may seem more likely than Vladimir Putin to be deterred by the cost of war. However, as their economically disastrous Covid lockdowns have shown, Chinese leaders are no longer so fixated on economic growth.

The US continues to tighten chip strangulation, releasing new restrictions that limit China’s access to software and manufacturing equipment.

Some foreign chip companies with facilities in China are paying the price for not having anticipated these new restrictions.

SK Hynix, one of South Korea’s two biggest memory chip makers, is now barred from upgrading critical lithography equipment at its factory in Wuxi, China, which will prevent it from producing next-generation chips there.

Partly because of this, non-Chinese companies are changing their investment patterns.

Subsidies are also changing the structure of the sector. Attention has focused on newly passed legislation in the US to encourage semiconductor manufacturing, prompting South Korea’s TSMC and Samsung to build new facilities in Arizona and Texas, respectively.

The biggest semiconductor subsidy program, however, is that of China, whose national government, as well as provincial and local authorities, continue to pour funds into the chip industry.

A wave of new facilities producing low-cost processor chips is about to come online, which will depress prices in this segment and trigger accusations of dumping and trade disputes.

Apple is considering using YMTC chips in new iPhones. Previously, this type of chip was purchased from South Korean, Japanese or American companies.

China’s subsidies and the US chip stranglehold are also forcing change downstream.

Apple, whose finely tuned supply chains shape how the entire industry sources components, is ramping up device assembly in Vietnam and India.

The biggest sign is that Apple may use components for phones aimed at Chinese customers different from those sold in other countries.

Apple has told US lawmakers it will only use YMTC memory chips in phones sold in China.

Operating separate “China” and “non-China” supply chains is the definition of decoupling.

Chris Miller is the author of “Chip War,” a visiting scholar at the American Enterprise Institute, and a professor at the Fletcher School of Law and Diplomacy at Tufts University.