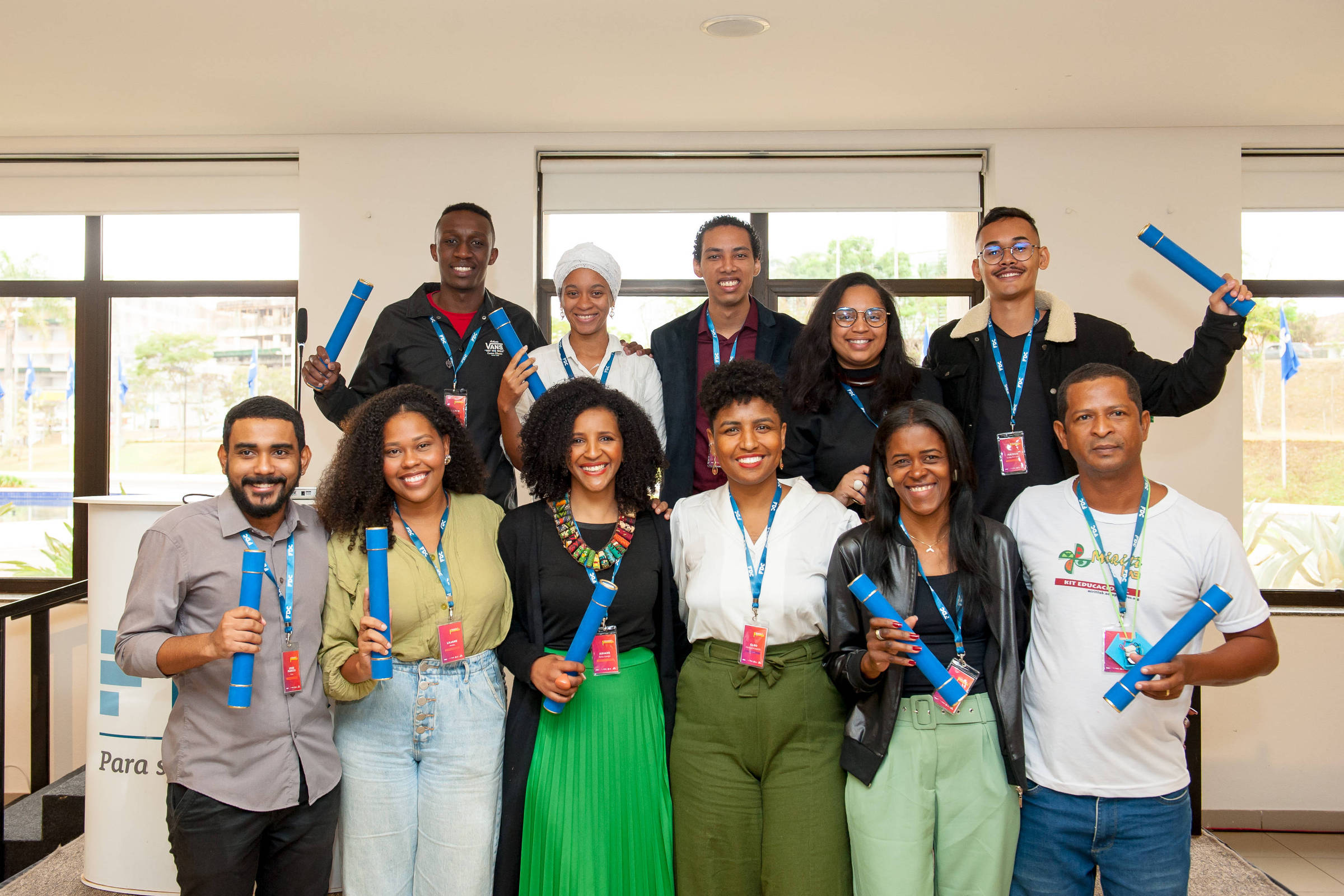 Ten black entrepreneurs, coming from the periphery of Brazil, formed the pilot class of the first Favela Business School in the country. The project is a partnership between Cufa (Central Única das Favelas), Fundação Dom Cabral and Favela Fundos.

The first edition of the project was carried out in a hybrid format, with virtual and face-to-face classes. The face-to-face training took place on a Dom Cabral campus, in Nova Lima, in the metropolitan region of Belo Horizonte.

Participants were chosen during ExpoFavela, a business fair held by Cufa. In the month of October, a new class will begin in online. This time, 300 entrepreneurs from favelas across Brazil will participate.

According to Ana Carolina de Almeida, director of entrepreneurship at the foundation, the project aims to promote the development of society through education. For her, business schools have to help face the challenges facing the country.

“The project started after Cufa provoked us about the need for entrepreneurs in the favela to have access to quality education, with their own language and format, which would generate value for the community, for the entrepreneurs themselves and for small businesses”, he says. Almeida.

Celso Athayde, founder of Cufa, says he sees entrepreneurship as a way to fight poverty, as it makes it possible to generate income and create jobs in slums and outskirts.

For him, it is important that specialized knowledge reaches favela entrepreneurs. Athayde says that the language of the business world is still a barrier for many entrepreneurs in the periphery. Another point of attention is the difficulties in formalizing the business.

“The impact we hope to cause is a community impact, having qualified entrepreneurs with an entrepreneur’s language. It will impact the lives of these people, they will undertake and employ. It will be a very significant impact as we manage to scale for that,” he says.

Entrepreneur Silvana Santos, 27, created the lingerie La Piel Negra, in Salvador. The business emerged during the pandemic and aims to develop underwear that fits all body types, with no size limitation.

“I bought some scraps of fabric and started making some clothes, which were all crooked at first, because I had never sewn in my life. When I made my first underwear, I showed it to a friend and she immediately bought it. from that moment on I never stopped selling”, says Silvana.

According to her, training at the business school was important to understand more about the management of a company. “Having access to that space at Fundação Dom Cabral was extremely important to me. The baggage I brought from Minas Gerais to Salvador was enormous”, she says.

Another participant in the course was Alan Almeida, 30, from São Paulo. He is one of the three founders of Parças Developers School, which trains people released from the prison system to work as developers in the information technology market.

Alan and his partners had no experience with entrepreneurship. For him, the training was important as it offered practical tools to optimize the business. According to him, during the course, they were able to notice mistakes they made in management and were already able to put the guidelines into practice.

In Curitiba (PR), entrepreneur Ariane Santos, 43, created Badu Design, which trains women to make design from industrial waste. The company’s objective is to generate employment and income for women and reduce waste that goes to waste.

For her, the training provided a more strategic view of the business, enabling better planning with the help of mentoring.

“The business school came to us at a very important moment, I think it is for the consolidation of the company. In addition, it broadened our horizons and opportunities, bringing topics that are on the rise in the market”, she says.

Entrepreneur Victor Garcez, 25, from São Paulo, is responsible for Vision03, a company that develops games with themes of diversity and inclusion. According to him, the business school was instrumental in reinforcing the practices he already knew and introducing new tools.

In addition, for Garcez, the partnership created between the ten participating entrepreneurs was the highlight of the training.

“They managed to bring together ten great innovative projects of a peripheral nature. My main learning is the strength and nourishment of this base of relationships. I feel safer seeing other projects that have already gone through situations that I am going through. So, I learn a lot with them and consequently I teach too”, he says.

According to the organizers, the objectives for the future involve the search for investors to expand the project. In addition, the growth of virtual training and the creation of more face-to-face courses in different favelas are also being planned.

Facebook
Twitter
Pinterest
WhatsApp
Previous article
Partnership reduces from 30 to 7 days the wait for pacemaker implantation in a hospital in SP
Next article
“What does time mean? My soul is 22″- 71-year-old Rosa Saito makes a splash in the fashion industry- See images