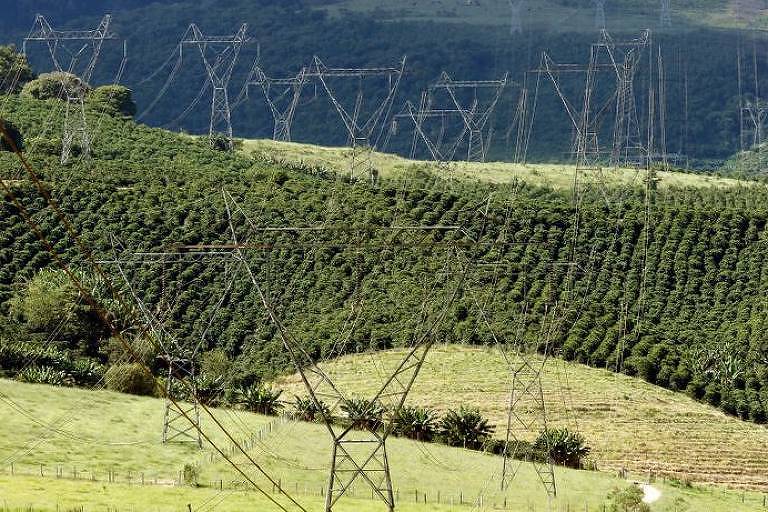 Avoiding an additional cost of R$ 30 billion in the electricity bill, which would prevent a 3.6% increase in the energy tariff over the next three years, is what is at stake in a pending decision at Aneel (National Electric Energy Agency). ), according to a projection by the National Energy Consumers Front.

The agency is evaluating whether it will extend the deadline for the start-up of a group of nine gas-fired thermal plants that were contracted on an emergency basis, with high energy costs, and should already be operating.

“This billion-dollar cost for the electricity bill can be avoided with the simple fulfillment of contracts”, says Luiz Eduardo Barata, president of Frente. “Just follow the law.”

The entity’s projection considers nine projects not yet evaluated by Aneel. One Rovema plant, identified as RE TG 100 02 01, four of Âmbar Energia, EPP 2, EPP 4, EDLUX 10 and Rio de Janeiro 1, and four thermal plants of the Turkish company Karpowership, Karkey 013, Karkey 019, Porsud 1 and Porud 2.

These thermal plants are projects by companies that won an emergency auction, in October last year, called PCS (Simplified Competitive Procedure). According to the proposal, 17 plants, 3 from renewable sources and 14 from gas, should be built to act as anti-rationing thermal plants. Old plants, already in operation, were prohibited from participating in the contest.

At the time, the country was suffering from a water crisis, which put pressure on the price of energy, but the price stipulated in the PCS —R$1,560 per MWh (megawatt hour)— was considered high and the auction was even questioned in court. by Abrace (Brazilian Association of Large Energy Consumers and Free Consumers).

Today, with the hydroelectric reservoirs full, the market works with the price of R$ 55.70/MWh.

“It is very important that Aneel closes the judgment of the PCS plants, because the decision defines the cost for the energy consumer”, says Victor Iocca, energy director at Abrace. “If they are withdrawn from the PCS, for not fulfilling the contract, they can still operate. The difference is that they will not receive the value defined at auction, but the spot price.”

The fulfillment of contracts, with the suspension of delayed projects, is also defended by the MME (Ministry of Mines and Energy) and the TCU (Union Court of Auditors), but the issue is being analyzed slowly by Aneel.

Project evaluation was removed from the agenda at the last minute

The evaluation of the Âmbar and KPS projects was included in the agenda of the Aneel board meeting on October 11th. However, they were withdrawn at the last minute.

At a meeting in early August, the agency’s board of directors voted to cancel Karpowership’s four projects. The company, however, appealed, and is now awaiting the final decision.

In the meantime, however, it managed to connect two plants, Karkey 019 and Porsud 1, after an injunction released the necessary documentation for the operation of these projects.

Rovema also had the request denied by the rapporteur of the process, however, there was a request for views and the definition remains on hold.

The most complex case is that of Ámbar, energy arm of J&F, which also controls JBS, the largest meat company in the world. The projects represent more than half of the bill that will be paid by consumers, almost R$ 18 billion, and returned to the agenda this Tuesday (18) at Aneel.

The definition in relation to the four plants will establish, in parallel, whether it is possible to replace these new ventures with an old thermal plant, 21 years old, a procedure questioned by the sector.

The board allowed the replacement, understanding that, despite the measure hurting the contract, there would be a benefit for the consumer, something that was not identified by either the MME or the TCU.

The MME sent correspondence to Aneel in which it claims to consider the agency’s board of directors’ approval for Âmbar to use the Cuiabá plant in place of the new thermal plants irregular and defends the fulfillment of the PCS contracts, in other words, the termination of the contracts of those who do not comply the schedule.

The TCU has ongoing processes on the PCS, under the report of Minister Benjamin Zymler.

One of them can lead to suspension of PCS. The topic has already been to the plenary. Zymler argues that, given the high cost to the consumer, all PCS contracts must be individually reassessed by the MME in order to define their viability and public interest.

The trial, however, has been suspended since August 31, at the request of Minister Aroldo Cedraz. It is expected to return to the plenary on Wednesday (19).

A representation from Seinfra Elétrica (Secretariat for Inspection of Electric Energy Infrastructure) is also being processed, which will evaluate the decision of the board in the case of Âmbar.

In addition, the opinion of the inspection department states that there is no effective reduction in the cost of energy, as the Aneel board argued to support its decision. The conclusion is that the authorization given by the directors of Aneel for the exchange of new projects for an old one “characterizes a violation of the norm”.

Minister Zymler awaits explanations from the agency to proceed with the process.

Sought by the report, Karpowership sent a note in which it reinforced that its energy generation project, reinforcing that the chosen equipment follows international standards of sustainability. The company adopts powerships (floating plants) and FSRU (floating regasification and storage unit) in the Port of Itaguaí (RJ).

“The enterprise is ready to operate, and the generation dispatch is coordinated by the ONS”, highlights the note. “It is important to mention that Karpowership has four different contracts/projects, some of which have already started operating. The company follows administrative procedures, complies with all rules and regulations of the authorities, respecting all Brazilian legislation.”

Sought, J&F did not respond to the Sheet. The report tried to contact Rovema and got no result.