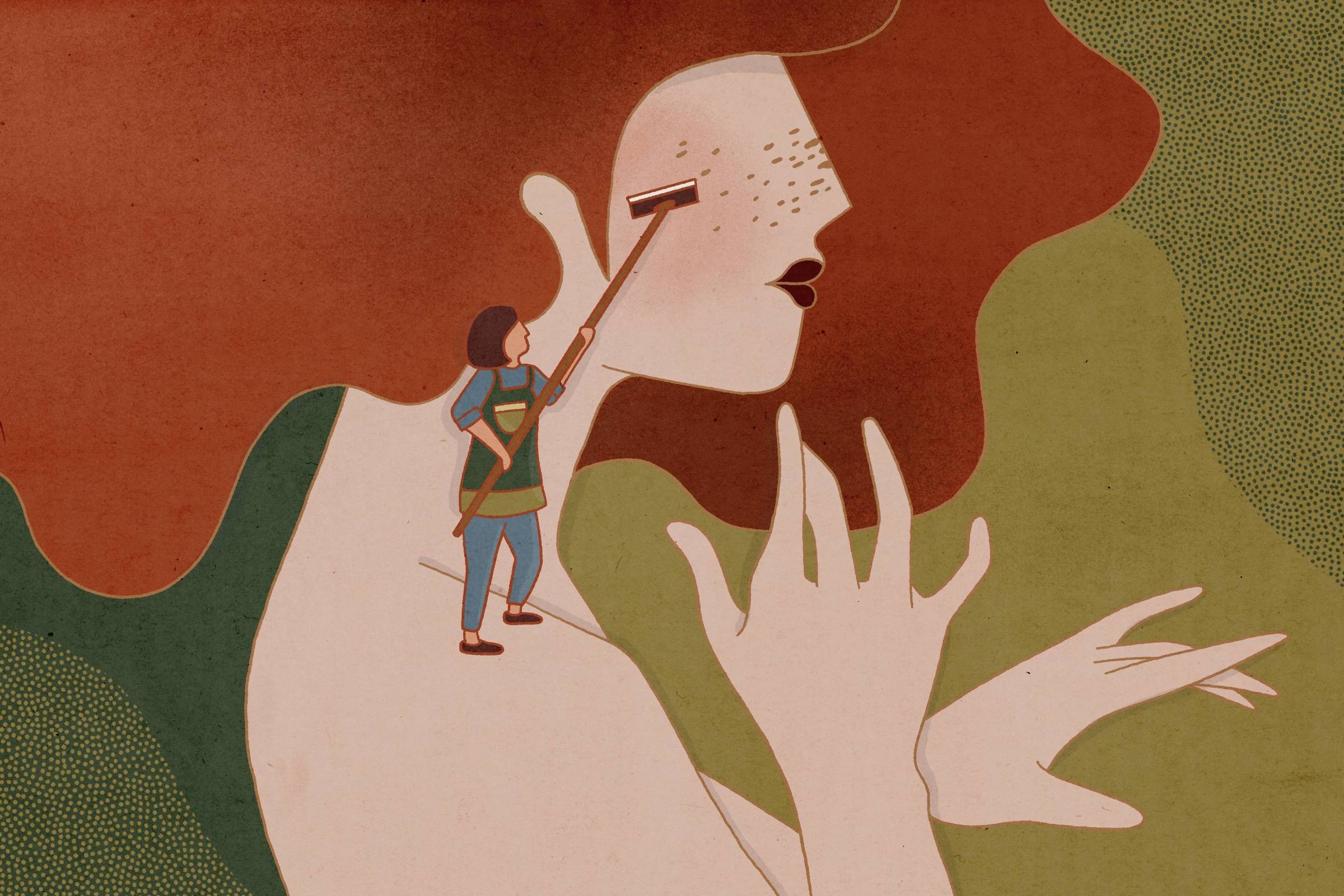 Aging is a difficult process. If, on the one hand, the progressive advance in age brings countless experiences that can help us to have greater clarity about the choices, on the other hand, the passage of years ends up taking several loved ones and weakening the body.

The appearance of the first gray hairs can generate a growing feeling of discomfort. However, losing them tends to undermine the self-esteem of many of those who place too much value on appearances. In the collective imagination, there is still the ideal that beauty is in youth.

This social construction strongly affects women. Many usually undergo the most varied aesthetic procedures in order to delay the marks left by the years. Trying to mask the natural flow of life is still part of our historical moment, but maybe that will change with time.

The population as a whole is aging. Advances in medicine and economics in recent decades have contributed to the increase in life expectancy and have brought down fertility and mortality rates worldwide.

Recently, as England bid farewell to the nearly century-old Queen Elizabeth, life expectancy in China surpassed that of the United States. Several other Asian countries have also found the way to long life. The biggest exponent is Japan, a country whose average life expectancy for women has exceeded 87 years. In Brazil, this number has increased with progress in health and education in recent decades, however, life expectancy for men is still 72.2 years and for women 79.3 years.

This fact has several relevant implications for public management. In the past, it was common for people to remain in the same occupation for most of their productive period. Today is not like that anymore. As the years of life increase, we will need to work longer and change jobs more often.

At the same time, the aggravating factor is that technological progress is causing many of our skills to rapidly depreciate and become obsolete in a rapidly changing job market.

The tendency is for a permanent demand for short-term courses to retrain the workforce. Something that, in the current circumstances, few are having access to. Those with a high level of income and education are living longer and absorbing the highest returns from technological advancement.

In turn, the poorest live less and many are unable to develop useful skills for the new demands of the labor market. They are being progressively excluded from production activities. Evidently, this scenario represents yet another powerful mechanism for accentuating inequalities.

Investing in youth training and making them more productive is the way to go. However, this is not what we have done. According to a recent report by the OECD (Organization for Economic Cooperation and Development), the proportion of young people aged between 18 and 24 who neither study nor work in Brazil is 35.9% (Education at a Glance, 2022).

The challenges of population aging do not end with the labor market and education system. With age, the demand for medical care also increases. In several countries, healthcare spending is growing faster than the economy.

In addition, increases in life expectancy tend to outweigh advances in the minimum retirement age, thus raising pension expenditures and creating another source of constant pressure on budgets.

In this scenario, if in the individual sphere the passing of the years ends up becoming a burden on those who were not prepared for it, everything indicates that collective aging in poor societies poorly managed by the public power will be even more challenging.

The text is a tribute to the song Experience, by Ludovico Einaudi.

Facebook
Twitter
Pinterest
WhatsApp
Previous article
Ezra Miller pleads not guilty after prosecution, but faces up to 26 years in prison
Next article
Georgiadis: Elliniko will be the new face of Greece abroad