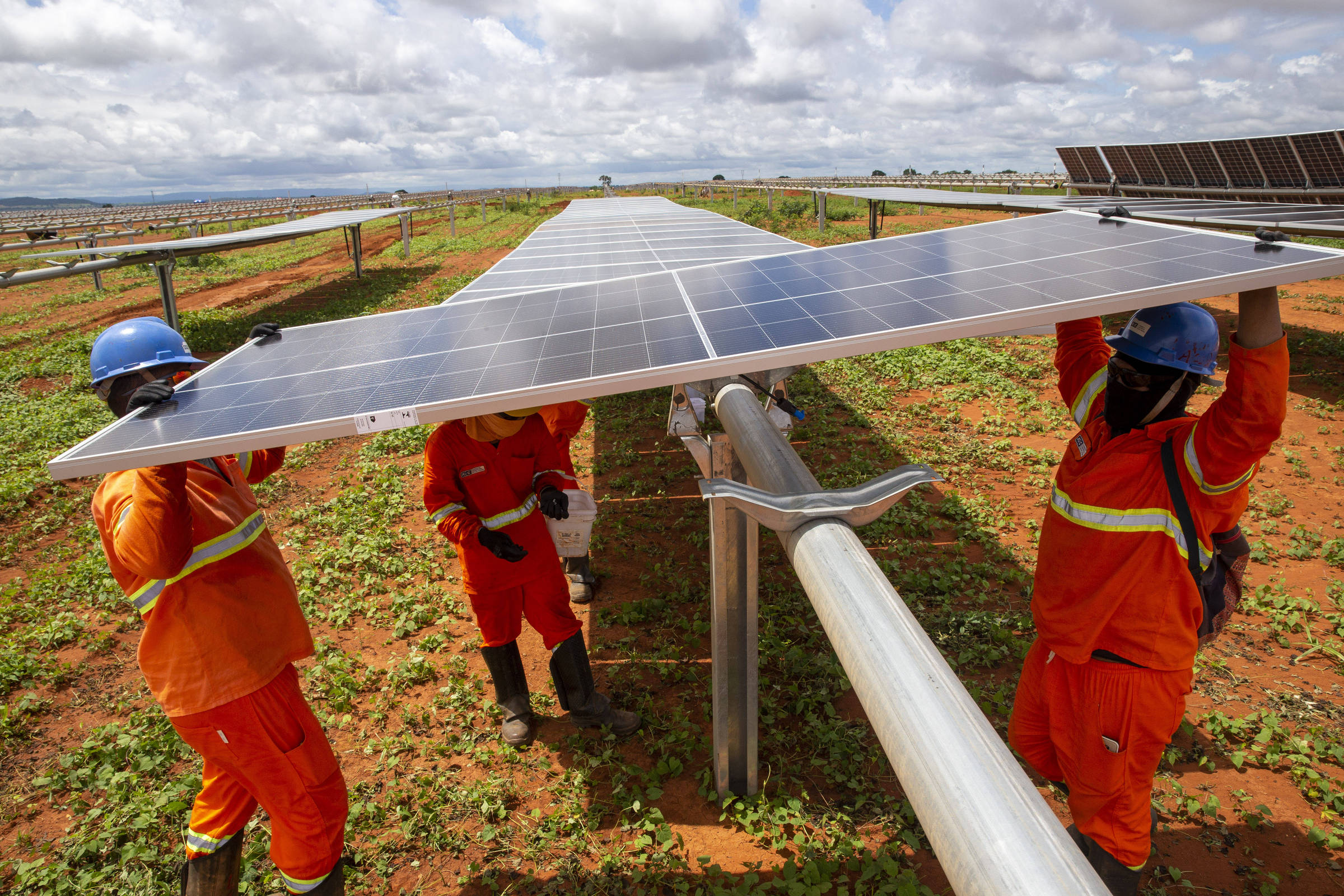 The Brazilian capacity to generate solar energy has doubled in the last year, leading the sector to believe that this technology will soon become the second largest generating source in the country, behind only hydroelectric plants.

The expansion, albeit at a slower pace than expected, is the result of a race to secure subsidies, which will only be given to those who gain access to the energy distribution network by early January.

According to Absolar (Brazilian Photovoltaic Solar Energy Association), the installed solar generation capacity in Brazil exceeded 20 GW (gigawatts) this month, leading this source to account for 9.6% of the country’s capacity.

In August 2021, the sector celebrated the 10 GW mark, which would place Brazil in 15th position in the world ranking prepared by Irena (International Renewable Energy Association) with 2020 data.

The 2021 ranking still brings Brazil out in 13th position, but shows Italy in seventh place with 22.7 GW. The eighth place went to South Korea, with 18.1 GW installed. However, it is not possible to predict what the country’s position in the 2022 ranking will be.

In the last 120 days, says Absolar, growth has been 1 GW per month. “Finally, Brazil has woken up to solar energy and its benefits,” says Absolar’s chairman of the board of directors, Ronaldo Koloszuk.

The accelerated growth in recent months reflects the approaching deadline for guaranteeing discounts on transmission and distribution tariffs, defined by the legal framework for distributed generation, published in January. The law limits the discount to projects and network access until January 2023.

“This greatly accelerates the market, but we cannot forget that in recent years we have had rapid increases in energy, which has made the installation of plates increasingly viable”, says Roberto Corrêa, president of the shared energy cooperative Cogecom.

He believes that even after the subsidy deadline expires, solar energy will remain viable, but the 25 years of subsidies guaranteed to anyone who can connect to the grid by January 7th greatly improve the profitability of projects.

According to Absolar, the installed solar generation capacity in Brazil is currently divided into 6.5 GW of large generating parks and 13.5 GW of distributed generation – from panels on the roof of homes to solar farms that sell energy to various customers.

Wind energy, the second source with the largest installed capacity in the country, has 22.4 GW, according to the National Electric System Operator (ONS). But it is a source that depends more on government auctions to make large generating parks viable.

Facebook
Twitter
Pinterest
WhatsApp
Previous article
Colonos: The possible involvement of another man in the case is being examined
Next article
Opinion – Renata Mendonça: Fear can drive away and transform fans’ relationship with Brazilian football