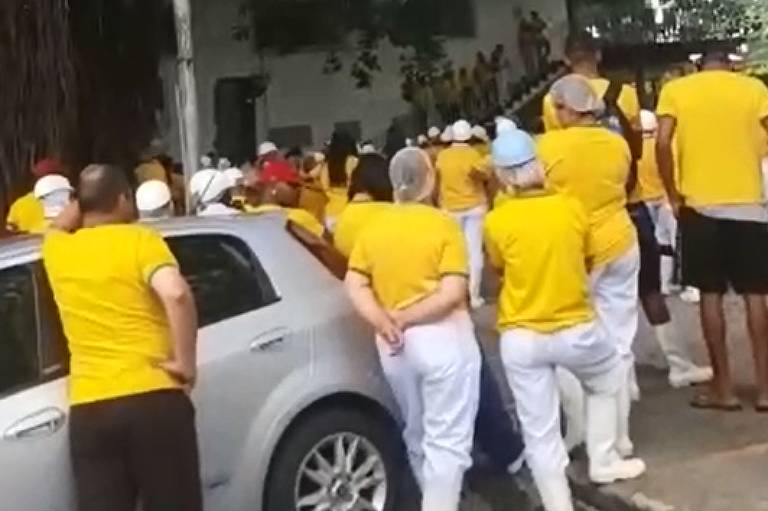 The MPT (Ministry of Labor) wants the meatpacker suspected of pressuring employees to wear a T-shirt with the slogan and the number of President Jair Bolsonaro (PL) to be ordered to pay more than R$ 2 million in compensation for moral damages.

The event, revealed by Sheet, was organized on Thursday (20) by the companies Serradão and Frigobet, which are owned by the same owner. An employee told the report that the meatpacking plant also promised to donate a ham to each employee if Bolsonaro is reelected.

The case reached the MPT through an anonymous complaint with videos and photos. The offer of ham is also included in the report sent to the authorities. The act was organized during the employees’ lunch break and was attended by federal deputy Mauro Lopes (PP-MG).

“[Dono] made speeches asking for a vote for Bolsonaro, saying not to vote for Lula with an appealing and lying speech, saying that Brazil could go to war with Lula’s victory and the company closes. He also said that whoever votes for Bolsonaro and takes a proof of vote on Monday, will win a ham from the company”, says an excerpt from the complaint.

The MPT tried to sign an agreement demanding a public retraction, but the companies did not respond. In addition to the R$ 2 million indemnification, the MPT asked the Justice that the meatpacker be ordered to pay R$ 2 thousand for each of the employees.

Prosecutors allege that there was electoral harassment against workers and “propaganda of a partisan political nature on the premises” of the company, “albeit in a veiled and indirect way”. The legislation prohibits electoral propaganda in so-called common-use goods, which include private establishments.

“All this scenario transcribed above shows that the risk is accentuated that the narrated facts have an impact on the freedom of conscience of the defendants’ workers and on the free exercise of the right to vote in the electoral process”, they affirm in the action.

The report sought out the companies on Wednesday (26), but was unable to contact anyone in charge. The owner of the refrigerator is rural producer and entrepreneur Silvio Silveira, president of Afrig (Association of Refrigerators of Minas Gerais, Espírito Santo and Federal District).

On Friday (21), Mauro Lopes told the report that about 2,000 people participated in the act, that he has been doing it in all meatpacking plants in Minas Gerais and that he will also ask for votes for Bolsonaro in bus companies.

HOW AND WHERE TO REPORT

The MPT suggests that workers file complaints with as much material evidence as possible, such as documents, images and text or audio messages. They can be made all over Brazil and anonymously through the website of the Public Ministry of Labor.

Facebook
Twitter
Pinterest
WhatsApp
Previous article
Putin’s attack on the US: They are using Ukraine as a “siege battering ram” against Russia
Next article
Postal Auction sells garments for R$86,000, but batch of cell phones is canceled